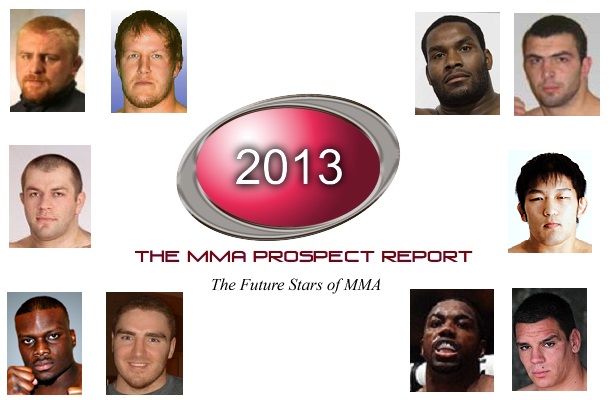 In June of 2013, D.C. Ross of RankingMMA.com, released one of the most in-depth MMA Prospects Reports ever written. Ross ranked 50 of the best MMA prospects in the world, who he believes will make a significant impact in the world of Mixed Martial Arts. This in-depth report is planned to be released once per year. Outside of this report, Top 25 Prospect Rankings for each MMA weight class are updated daily here at www.rankingmma.com, and can be foud at https://rankingmma.com/mma-prospects/.

MMA prospects considered for these rankings meet RankingMMA’s prospect criteria at the time this report was published (06/01/2013). All fighters as of this date have never competed in the UFC, Strikeforce, PRIDE, or a Bellator tournament.

As you will see below, marked with an *, 36 of the Top 50 Prospects have since signed exclusive contracts with either the UFC, Bellator, WSOF, or One FC since the release of this report on June 1, 2013.