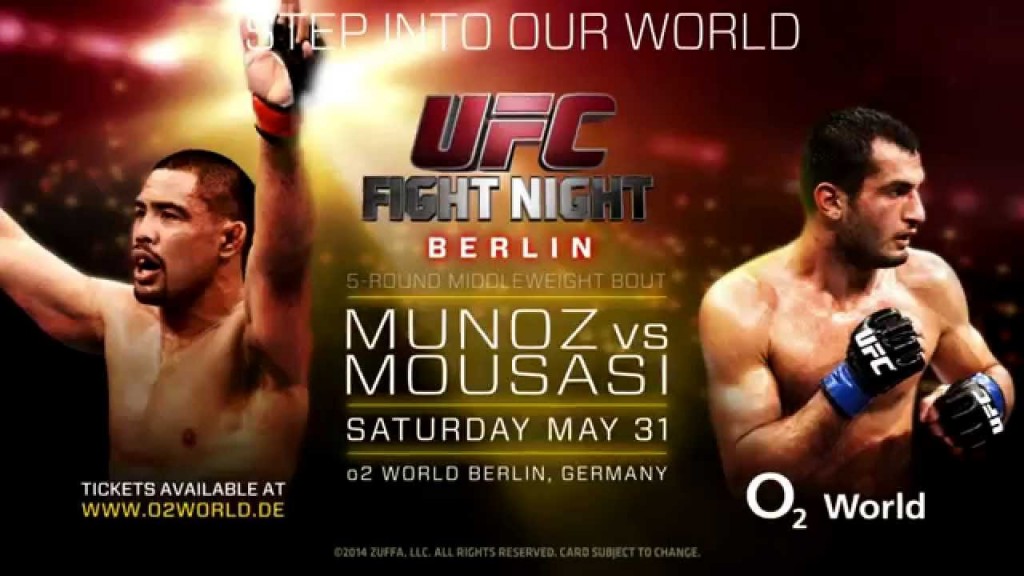 I can’t remember looking at a fight card, and simply being overwhelmed by the number of fighters that are virtually unknown to most UFC fans. I consider myself a fairly hardcore fan, and I am even struggling to make my predictions, hence the reason I won’t be making any picks for this fight card on Kountermove this weekend. I am finally starting to agree with the recent rumblings of the UFC watering down their product with all of their international versions of TUF and various Fight Nights to keep their FightPass subscribers.

I am all for finding the best talent in the world, but a fight card like this just alienates most fans because of the unfamiliarity. The UFC claimed they want to do it right finally regarding their international efforts, which is showcasing some of the top regional talent, a solid main event, and most importantly broadcasting the event live in their correct timezone. Yet, if I am a fan overseas that has been waiting feverishly for the UFC to visit their city, you have to be let down with the overall quality of the UFC these days.

There are only 4 fighters on the entire fight card with more than 3 wins in the UFC (Munoz, Carmont, Dollaway, Alcantara). That means the other 16 fighters on the fight card are either newcomers still paving their way in the UFC, or guys about to be cut. Enough griping for me. Without further ado, here are my fight picks for Saturday night in Berlin.

Gegard Mousasi (-300) vs. Mark Munoz (+250)
Mousasi is the considerable favorite in the eyes of oddsmakers, and it is difficult to dispute that notion with Munoz’s recent failings against top tier talent. Mousasi made his UFC Middleweight debut last time out against title contender Lyoto Machida. Though Mousasi lost, he showed that he is not too far off from being an elite level fighter that could one day challenge for the belt himself. Mousasi’s move down to 185 lbs. was much needed. He was simply giving up too much size and strength at 205. Mousasi had considerable success fighting at 185 lbs. earlier in his career as he recorded wins over Ronaldo “Jacare” Souza and Hector Lombard. Mousasi is still vastly underrated in my book, and I think he’s going to be just too slick for Munoz. If Munoz is going to win this fight, it will have to be with his wrestling and conditioning. Munoz has always had a good motor, but at 36 years old, and the fact that Mousasi just went 5 rounds with Machida, conditioning may not be as a big of a factor as I’m thinking. It does say something that both these fighters faced Machida in their last bouts, and while Mousasi fought to a 5-round decision, Munoz was knocked out in the very 1st round. I am not predicting a 1st round KO for Mousasi, but he’s just the better all-around fighter, either on the feet or with his submissions. Munoz is certainly capable of grinding out the decision, but I will trust in the oddsmakers for this pick.
Prediction: Mousasi via TKO

Francis Carmont (-150) vs. C.B. Dollaway (+130)
Most have this pegged as a wrestler versus wrestler matchup, but if you’ve watched C.B. Dollaway fight lately, expect him to come out aggressive looking for the knockout. Carmont is very durable, as he avoided being finished by Jacare in his last bout. I don’t think Carmont will out-wrestle Dollaway, but he could win the clinch battles. Dollaway has found some luck with his reckless striking and aggressive attacks, but he would be wise to pace himself against a conditioning machine like Carmont. The likelihood that this fight goes to decision is very strong. Most of Dollaway’s recent losses have been because of his questionable chin (Munoz, Hamman). Carmont isn’t the biggest hitter in the world, but he certainly had enough punching power to make Dollaway hesitant to trade with him. Overall, I see this fight being a grinding affair that could come down to a split decision.
Prediction: Dollaway via Decision

Luke Barnatt (-200) vs. Sean Strickland (+165)
It’s not often that I question Joe Silva’s matchmaking skills, but this is certainly one of them. Barnatt and Strickland are easily two of the UFC’s top Middleweight prospects, and instead of carefully building them up against better known competition, he throws them in the cage together. Some fans don’t see the big deal, but there is a reason the UFC is struggling to create new stars. Strickland is a sleeper in this fight. Most people saw his submission game against Bubba McDaniel, but Strickland has won a number of his fights on the regional circuit with his striking. Against most other fighters outside the Top 25, Strickland would have a good chance at defeating, but Barnatt is too much too soon. Barnatt is a very dangerous fighter with big potential. He can be bullied around at times, and has faded down the stretch in some of his fights, but Barnatt’s last two fights have looked superb. Strickland certainly could foil his attempts to become one of Europe’s top stars, but I just haven’t seen enough from Strickland to believe he can win this.
Prediction: Barnatt via Decision

Tom Niinimaki (-250) vs. Niklas Backstrom (+210)
Tom Niinimaki was considered one of my Top 10 Featherweight prospects last year, and after winning his UFC debut against Rani Yahya, he will now face one of my 2014 Top 10 prospects in Niklas Backstrom. Both fighters are absolutely talented on the ground. If they were facing nearly any other opponent outside the Top 20, I would favor them to win, but considering the circumstances of this fight booking, it’s hard to bet against Niinimaki. He was originally scheduled to face Thiago Tavares, but Tavares withdrew only two weeks ago. Backstrom is a future star, but the odds are stacked against him to beat a veteran like Niinimaki who has proven himself against a fellow elite grappler like Yahya.
Prediction: Niinimaki via Decision