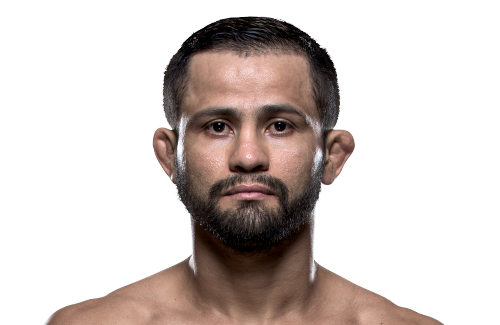 This was followed up by an upset victory over Shinichi “BJ” Kojima via unanimous decision at Shooto: Revolutionary Exchanges 1: Undefeated.

It was expected Formiga would be brought back for a year-end title rematch with Kojima.[4] However, Kojima vacated the Shooto Bantamweight Championship, further complicating Jussier’s future with the organization.

Formiga was at this point, ranked as the number one Flyweight in the world and then fought Alexandre Pantoja, who was unbeaten as a Flyweight. On June 12, 2010, Formiga defeated Pantoja by unanimous decision to defend his South America Shooto 123 lb Championship.[5]

Fomiga’s next fight was against another WEC veteran in Ian McCall.[6] He lost the fight via unanimous decision.

Formiga faced John Dodson on October 5, 2012 at UFC on FX 5.[9] After a slow first round, Formiga began to succumb to the speed of Dodson, and was eventually finished via TKO with ground strikes at 4:35 of the second round.[10]

Formiga faced Scott Jorgensen on March 23, 2014 at UFC Fight Night 38.[15] Formiga won the fight via submission in the first round. Formiga unintentionally butted Jorgensen’s chin with the top of his skull, which went unnoticed by the referee and submitted the dazed Jorgensen via rear-naked choke.[16] Jorgensen appealed the headbutt to the Brazilian Athletic Commission, however the result was upheld.[17]

Formiga was expected to face Zach Makovsky on August 2, 2014 at UFC 176.[18] However, after UFC 176 was cancelled, Formiga/Makovsky was rescheduled and eventually took place on August 16, 2014 at UFC Fight Night 47.[19] Formiga won the fight via unanimous decision.

Formiga was expected to face John Moraga on December 13, 2014 at UFC on Fox 13.[20] However, on November 21, Formiga pulled out of the fight and was replaced by UFC newcomer Willie Gates.

Formiga next faced Henry Cejudo on November 21, 2015 at The Ultimate Fighter Latin America 2 Finale.[23] He lost the fight by split decision.[24]

Formiga was expected to face Sergio Pettis on January 15, 2017 at UFC Fight Night 103.[27] However, Formiga pulled out of the fight in late December and was replaced by John Moraga.[28]

Formiga faced Ulka Sasaki on September 23, 2017 at UFC Fight Night: Saint Preux vs. Okami.[31] He won the fight via submission in the first round.[32]

Formiga faced Ben Nguyen on February 11, 2018 at UFC 221.[33] He won the fight via technical submission in the third round due to a rear-naked choke. This win earned him the Performance of the Night bonus.[34]