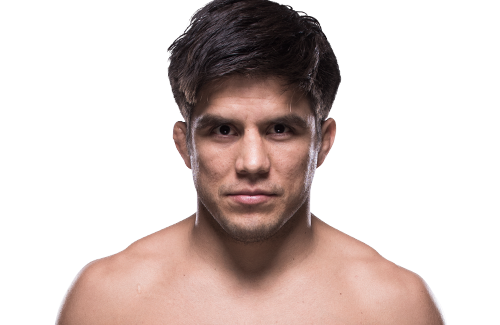 Cejudo is of Mexican descent. Both his parents were born in Mexico City, Mexico.[6] He is one of seven children and raised by a single mother. His father was an alcoholic and drug addict.

Cejudo’s parents were both undocumented immigrants and he moved nearly 50 times as a child, traveling between California, New Mexico and Arizona. Cejudo also never slept alone in his own bed until he was provided one by USA Wrestling while participating in a residency program at the U.S. Olympic training facility.[7]

In 2006, while still in high school, Cejudo won the American wrestling federation’s national freestyle tournament at the most elite level.[8] Soon after his victory, he began full-time training at the United States Olympic Training Center in Colorado Springs, Colorado.[9]

Following successful performances at the Pan American Games and Pan American Championships, Cejudo won a gold medal at the 2008 Summer Olympics in Beijing. At the time, he was the youngest Mexican-American to ever become an Olympic champion in freestyle wrestling.[10] After the 2008 Beijing Olympics, Cejudo took an extended break from competition, before retiring from freestyle wrestling for good in 2012.[11]

On January 30, 2013, Cejudo announced on his Twitter page that he planned to begin training for a career in MMA.[12][13] Despite wrestling at 121 pounds during his wrestling career, Cejudo fought at 135 pounds in his MMA debut.[14] He defeated Michael Poe by TKO due to punches in his MMA debut on March 2, 2013, for the Arizona-based World Fighting Federation.[15]

Over the next year, Cejudo amassed an undefeated record of 6-0 with three wins by TKO, one by submission, and two by decision. Prior to signing with the UFC, Cejudo was listed as the #1 ranked bantamweight prospect in the MMA Prospects Report 2013.[16]

On July 25, 2014, Cejudo signed with the UFC.[17] He is the third Olympic gold medalist wrestler in company history, after Mark Schultz and Kevin Jackson.[18] Cejudo was expected to face Scott Jorgensen on August 30, 2014, at UFC 177.[19] However, due to medical issues on the day of the weigh-ins, Cejudo was forced out of the bout and the fight was subsequently cancelled.[20] In light of this, and his history of missing weight, president Dana White said Cejudo must either move up to bantamweight or leave the UFC.[21]

In his eventual debut, Cejudo faced Dustin Kimura in a bantamweight bout on December 13, 2014, at UFC on Fox 13.[22] Cejudo won the fight by unanimous decision.[23]

Cejudo was briefly linked to a bout against former title challenger Joseph Benavidez on September 5, 2015, at UFC 191.[28] However, the fight did not take place at the event. In turn, Cejudo faced Jussier Formiga on November 21, 2015, at The Ultimate Fighter Latin America 2 Finale.[29] He won the fight by split decision.[30]

On September 16, 2015, Cejudo announced that he would refuse to fight in Nevada after the Nevada State Athletic Commission suspended and fined Nick Diaz following a failed drug test at UFC 182. Cejudo cited the NSAC’s process in determining Diaz’s guilt as the reason for the boycott.[31] Despite the lack of change in NSAC procedure, Cejudo ended his Nevada boycott to face UFC Flyweight champion Demetrious Johnson on April 23, 2016, at UFC 197 for the Flyweight title.[32] He lost the fight via TKO in the first round, being dropped with a variety of strikes.[33]

Two years after challenging for the Flyweight title, Cejudo faced Demetrious Johnson in a rematch for UFC Flyweight Championship title in the co-main event at UFC 227 on August 4, 2018.[44][45] Cejudo went on to win the back-and-forth fight via split decision to become the UFC’s second Flyweight champion and first Olympic gold medalist to capture UFC gold.[46] This fight earned him the Fight of the Night award.[47] 13 of 25 media outlets scored the bout in favor of Cejudo, while 12 scored it for Johnson.[48]

In November 2018, Cejudo revealed that he had signed a six-fight contract with UFC.[49]

In the first defense of his UFC Flyweight Championship, Cejudo was initially scheduled to face UFC Bantamweight champion T.J. Dillashaw on January 26, 2019, at UFC 233.[50] However, after that pay-per-view event was cancelled, the fight was moved a week earlier to headline UFC Fight Night 143 on January 19, 2019.[51][52] Cejudo won the fight via TKO just 32 seconds into the first round to retain his title.[53] The win also earned Cejudo his second Performance of the Night bonus award.[54]