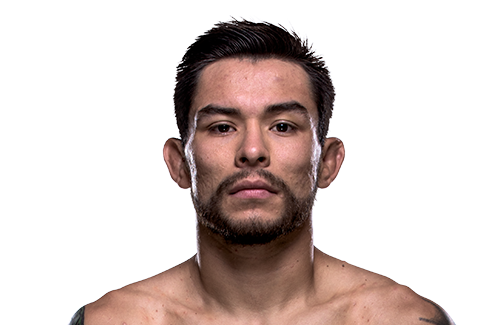 After a successful career in United States, with an undefeated 6-0 mixed martial arts record, it was revealed in April 2014, that Borg had signed with the UFC.[5]

Borg was scheduled to face Ryan Benoit, at UFC Fight Night: Swanson vs. Stephens.[8] However, due to an injury, Benoit was replaced by promotional newcomer Shane Howell.[9] Borg won the fight via submission (rear-naked choke) in the first round.[10] The win also won Borg his first Performance of the Night bonus award.[11]

Borg was briefly linked to a potential fight against Richie Vaculik on November 8, 2014, at UFC Fight Night 55.[12] However, Borg was forced to pull out of the event due to injury and was replaced by Neil Seery.[13] Subsequently, Seery pulled out of that bout as well and was replaced by Louis Smolka.[14]

Borg faced Chris Kelades on February 14, 2015, at UFC Fight Night 60.[15] Borg won the one sided fight via submission in the third round, earning him his second consecutive Performance of the Night award.[16][17]

Following a quick recovery, Borg was quickly rescheduled and was expected to face Ian McCall on September 10, 2016, at UFC 203.[24] However, Borg pulled out of the fight on September 7 citing an illness. With no time to find a suitable replacement, McCall was removed from the card.[25]

Borg was expected to face current champion Demetrious Johnson on September 9, 2017, at UFC 215.[31] In turn, the fight was canceled a day before the event, as Borg was forced to withdraw from the fight on Thursday evening due to illness. According to multiple sources, Borg has been battling an illness this week and was deemed unfit to fight by UFC doctors.[32] The bout was quickly rescheduled and took place the following month at UFC 216.[33] Borg lost the bout via suplex to armbar in the fifth round.[34]

Borg was expected to face Brandon Moreno on April 7, 2018, at UFC 223, but was removed from the card after being injured by glass from a bus window that was smashed by Conor McGregor and Team SBG.[35][36] The pairing was left intact and quickly rescheduled and was expected to take place on May 19, 2018, at UFC Fight Night 129.[37]However, in late April, Borg withdrew from the bout to take care of his child from brain surgery.[38]

Borg was expected to face Joseph Benavidez on November 10, 2018, at UFC Fight Night 139.[39] However on November 7, 2018 it was reported that the bout was cancelled due to undisclosed medical issues.[40]

Borg was expected to face Pingyuan Liu in a bantamweight bout on March 30, 2019 at UFC on ESPN 2.[41] However, it was reported on March 13, that Liu was replaced by newcomer Kyler Phillips for undisclosed reason.[42]