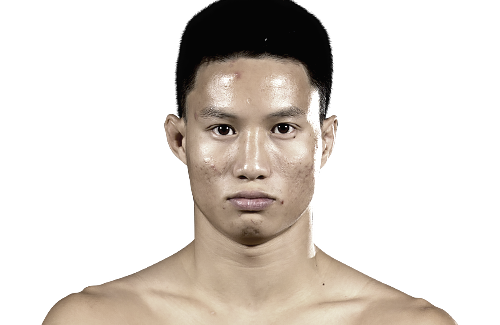 Nguyen’s hometown is Sioux Falls, South Dakota.[31] Nguyen said that he started Taekwondo when he was twelve years old after he was bullied in school.[32] After high school, he went to college to become an engineer but then he switched paths to follow his dream of becoming an MMA fighter.

Ben met his wife, Brisbane kickboxer April Adams, while training in Thailand, eventually following her to make Brisbane his home.

Nguyen began his professional mixed martial arts career while working during the day as a computer technician. In 2012 he went to Thailand to attend Tiger Muay Thai & MMA Scholar Athlete program. He then moved to Brisbane, Australia fighting from there.

Nguyen achieved internet fame when his fight versus Julian Wallace surfaced on YouTube in 2013. Wallace attempted to intimidate Nguyen at the pre-fight weigh-ins by forcefully putting his fist against Ben’s chin and trying to put Nguyen off his game.[6][7] This tactic, however, proved ineffective as Nguyen knocked Wallace out within 25 seconds of the first round. The video of this fight went viral and has amassed over 18 million views on YouTube, and over a 100 million views on Facebook and other social network platforms.[8][9][10]

Nguyen was expected to face Justin Scoggins on March 20, 2016 at UFC Fight Night 85.[15] However, Scoggins pulled out of the fight in the week leading up to the event citing injury. As a result, Nguyen was pulled from the card entirely.[16]

Nguyen was expected to face Joseph Benavidez on June 11, 2017 at UFC Fight Night 110.[21] However, Benavidez pulled out of the fight on May 10 with a knee injury and was replaced by Tim Elliott.[22] He won the fight by submission due to a rear-naked choke in the first round.[23] The win also earned him his first Performance of the Night bonus award.[24]

Nguyen faced Jussier Formiga on February 11, 2018 at UFC 221.[25] He lost the fight via technical submission in the third round due to a rear-naked choke.[26]

Nguyen faced Wilson Reis on December 2, 2018 at UFC Fight Night 142.[27] He lost the fight via unanimous decision and was subsequently released from the promotion.[28][29]