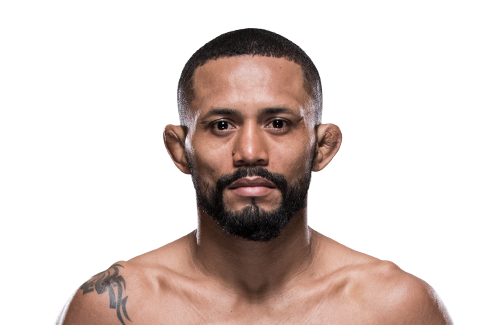 Figueiredo was born in small city of Soure, Para, Brazil where Buffalo roam freely and he was a cowboy, working with his father at the animal farm until he was thirteen years old. He moved to Belem and started training capoeira at school where he immersed himself for two years. He started training MMA after he met Luri Marajo when he was sixteen and never look back since.[5]

Figueiredo made his professional debut in 2011 and fought primary in his native country Brazil. He amassed a record of 11-0 prior signed by UFC.[6]

Figueiredo made his promotional debut on June 3, 2017 at UFC 220, facing Marco Beltran.[7] He won the fight via technical knockout by corner stoppage after round two.[8]

On February 3, 2018 Figueiredo faced Joseph Morales at UFC Fight Night: Machida vs. Anders.[12] He won the fight via technical knockout in round two.[13]

Figueiredo was expected to face Joseph Benavidez on January 19, 2019 at UFC Fight Night 143.[16] However the promotion clarified plans indicating that the pairing was off and that Figueiredo would be rescheduled for a separate event.[17][18]