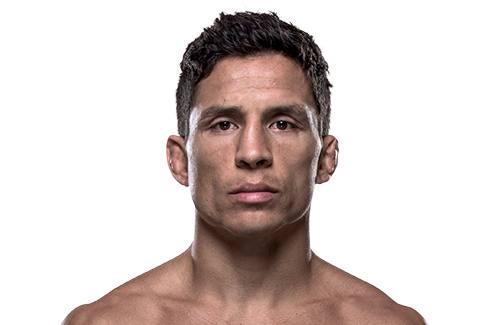 Benavidez was born in Texas. He is of Mexican descent. He attended Las Cruces High School, where he began training boxing. But at the age of 16 he began training wrestling. Joseph is married to UFC reporter Megan Olivi.

Before joining up with Urijah Faber, Benavidez fought in smaller shows and trained while working as a screen printer in New Mexico. Hoping to eventually make a living fighting MMA, he sought out Faber on a trip to California in January 2007. Unable to find Faber’s gym, he visited one in Rosevillehoping to locate him. There his fighting ability impressed the members and instructors enough (or, in Faber’s words: “[he] basically beat the crap out of everyone“)[6] to refer him to Faber. This was only hours before Benavidez’ flight home was due and he had to leave for the airport, unable to meet up with him.[6]

His flight was then canceled, giving him the chance to meet up with Faber as he had hoped. Benavidez impressed Faber enough to offer him a job at the front desk of his gym, enabling him to leave New Mexico to come train with him and his team. Benavidez then went back to New Mexico, “jammed everything into his car” and moved to California.[6] After fighting with smaller US-based promotions, Benavidez was offered a fight with Norifumi Yamamoto by Japanese MMA-promoter Dream in July 2008 at Dream 5.[6] The bout was canceled only days before the fight,[6] and Benavidez was instead matched against Junya Kodo whom he defeated by guillotine choke submission.

Benavidez was then signed by US-based World Extreme Cagefighting. On December 3, 2008, he fought Danny Martinez at WEC 37 and won by unanimous decision.[9]

Benavidez faced Jeff Curran on April 5, 2009 at WEC 40.[10] Benavidez dominated Curran from the opening bell with superior grappling and striking, knocking the opponent down in the first round. Curran unsuccessfully attempted an armbar in the second round and a triangle choke in the third round.

Bantamweight title shot and beyond

Benavidez fought Dominick Cruz in a rematch for the WEC Bantamweight Championship on August 18, 2010 at WEC 50.[16] Benavidez lost to Cruz for a second time via split decision.[17]

Benavidez faced Wagnney Fabiano on November 11, 2010, replacing an injured Brian Bowles.[18] Benavidez defeated Fabiano via second round submission. After an uneventful first round of striking between the two, Benavidez stung Fabiano with a left and pounced, submitting the 3rd degree black belt with a guillotine choke at 2:45 of the second round.[19]

On October 28, 2010, World Extreme Cagefighting merged with the Ultimate Fighting Championship. As part of the merger, all WEC fighters were transferred to the UFC.[20]

At the UFC 140 post-fight press conference, Dana White announced that Benavidez would be a participant in a four man tournament to crown the new newly created UFC Flyweight Championship. Benavidez faced Yasuhiro Urushitani on March 3, 2012 at UFC on FX 2[25] and won via TKO in the second round, earning Knockout of the Nighthonors for his performance.[26][27]

Benavidez faced Demetrious Johnson on September 22, 2012 at UFC 152 for the inaugural UFC Flyweight Championship. In an incredibly closely contested fight that contained nonstop action at a frenetic pace, he lost the fight in via split decision (48-47, 47-48, 49-46).[28]

Benavidez faced Jussier Formiga on September 4, 2013 at UFC Fight Night 28.[32] He won the fight by TKO in round 1 after dropping Formiga with a knee to the body and following up with punches.[33]

A rematch with Demetrious Johnson was expected for November 30, 2013 at The Ultimate Fighter 18 Finale.[34] However the bout was shifted to December 14, 2013 at UFC on Fox 9 after that event’s headliner was postponed due to injury.[35] Benavidez lost via knockout in the first round, the first time he has been stopped in his MMA career.[36]

Benavidez faced Tim Elliott on April 26, 2014 at UFC 172.[37] Benavidez won the fight in the first round via modified guillotine choke.[38] Elliot was forced to tap with his feet as his arms were trapped by Benavidez’s legs. Benavidez has called this submission the “Joa Constrictor”. The win also earned Benavidez his first Performance of the Nightbonus award.[39]

Benavidez was briefly linked to a bout against former Olympic Gold Medalist Henry Cejudo on September 5, 2015 at UFC 191.[44] However, the fight never materialized. In turn, Benavidez faced Ali Bagautinov on October 3, 2015 at UFC 192.[45] Benavidez won the fight via unanimous decision.[46]

Benevidez was expected to face Ben Nguyen on June 11, 2017 at UFC Fight Night 110.[52] However, Benavidez pulled out of the fight on May 10 with a knee injury and was replaced by Tim Elliott.[53]

Benavidez was expected to face Ray Borg on November 10, 2018 at UFC Fight Night 139.[56] However on November 7, 2018 it was reported that the bout was cancelled due to undisclosed medical issue for Borg.[57]

Benavidez faced Alex Perez on November 30, 2018 at The Ultimate Fighter 28 Finale.[58] He won the fight via technical knockout out in round one.[59] This win earned him the Performance of the Night award.[60]

Benavidez was briefly scheduled to face Deiveson Figueiredo on January 19, 2019 at UFC Fight Night 143.[61] However, the promotion clarified plans indicating that the pairing was off and that Benavidez would be an alternate for the headliner bout in the event that either Henry Cejudo or T.J. Dillashaw would be forced from the main event.[62][63]Subsequently, Benavidez indicated that he would like to compete on the card, so while being an alternate for the headliner, a rematch with Dustin Ortiz took place at the event.[64] Benavidez would win the fight via unanimous decision.[65] Benavidez signed a new, four-fight contract with the UFC before the fight with Ortiz.[66]