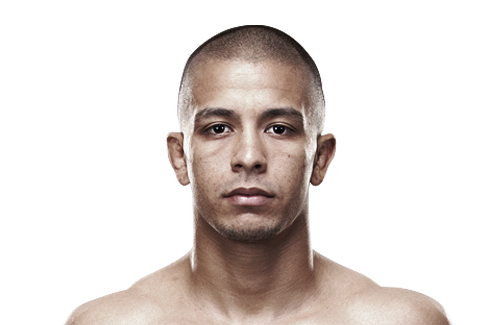 Moraga was born and raised in Phoenix, Arizona. He attended Maryvale High School and then chose to go to Arizona State University where he was a two-time University Freestyle All-American wrestler for the Sun Devils.[4]

Moraga started his professional career at 2009 in Arizona for the local organization Rage in the Cage. There he achieved an undefeated record of 6–0, until his fight against John Dodson at 2010, in which he lost by unanimous decision. After this setback he won five straight bouts to make his way into the UFC. He is of Mexican heritage.

Moraga was expected his promotional debut against Ian McCall on August 4, 2012 at UFC on Fox 4.[5] However, McCall was forced out of the bout with an injury and replaced by Ulysses Gomez.[6] Moraga won the fight via KO in the first round.[7]

Moraga next faced Chris Cariaso on December 29, 2012 at UFC 155.[8] Moraga was victorious with a third round guillotine choke submission. His victory also earned him Submission of the Night honors.[9]

Moraga was expected to face UFC flyweight champion Demetrious Johnson on April 13, 2013 at The Ultimate Fighter 17 Finale.[10] However, Johnson was forced out of the bout with an injury and Moraga was removed from the event as well.[11]

Moraga eventually faced UFC flyweight champion Demetrious Johnson at UFC on Fox 8 on July 27, 2013. Moraga showed promise in the first round as he landed some good strikes standing. However, the champion began to wear him down with his wrestling. Despite hurting Johnson in the fourth round with a punch, he lost the fight via submission in the fifth round.[12]

Moraga was expected to face Darren Uyenoyama on December 14, 2013 at UFC on Fox 9.[13] However, Moraga pulled out of the bout with an undisclosed injury and was replaced by promotional newcomer Alptekin Ozkilic.[14]

A rematch with John Dodson took place on June 7, 2014 at UFC Fight Night 42.[17] He lost the fight via TKO due to a doctor stoppage between rounds two and three after a knee Dodson threw late in the second round broke Moraga’s nose.[18]

Moraga faced Justin Scoggins on September 5, 2014 at UFC Fight Night 50.[19] Moraga defeated Scoggins via submission in the second round, securing a guillotine choke after being taken down.[20]

Moraga was expected to face Jussier Formiga on December 13, 2014 at UFC on Fox 13.[21] However, Formiga pulled out of the fight on November 21 and was replaced by Willie Gates.[22][23] Moraga won the fight via submission in the third round.[24]

Moraga faced Matheus Nicolau on July 8, 2016 at The Ultimate Fighter 23 Finale[27] He lost the fight via split decision.[28]

Moraga was expected to face Zach Makovsky on December 10, 2016 at UFC 206.[29] However, Moraga pulled out of the fight in early November citing injury and was replaced by Dustin Ortiz.[30]