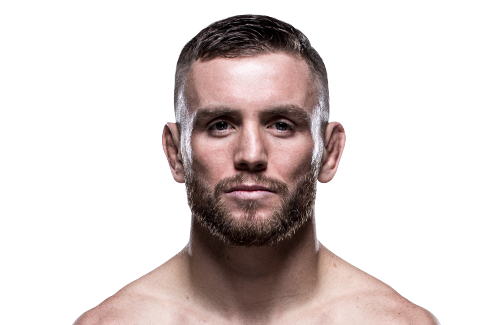 Elliott was born on December 24, 1986 in Wichita, Kansas. Elliott originally attended Campus High School, but transferred to Wichita South High School during his junior year. Elliott was a state wrestling champion at Wichita South his senior year in 2005.[5] Elliott was on the wrestling team at Labette Community College before transferring to the University of Central Oklahoma. He earned a bachelor’s degree in Science and General Studies.

Elliott compiled a record of 8–2–1 in his first 11 fights before signing with the UFC, including a notable KO victory over former UFC Lightweight Champion Jens Pulver.

In his UFC debut, Elliott faced The Ultimate Fighter 14 winner John Dodson on May 5, 2012 at UFC on Fox 3, replacing an injured Darren Uyenoyama.[7] Elliott lost the fight via unanimous decision.

For his third fight, Elliott faced Louis Gaudinot on August 31, 2013 at UFC 164.[9] He won the fight via unanimous decision.

Elliott fought Ali Bagautinov at UFC 167 on November 16, 2013.[10] The bout marked his first appearance on the main card of a pay-per-view event in the fight. He lost the fight via unanimous decision.

Elliott was expected to face Wilson Reis on August 23, 2014 at UFC Fight Night 49.[12] However, Elliott pulled out of the bout in the days leading up to the event.[13]

Elliott faced Zach Makovsky on February 15, 2015 at UFC Fight Night 60.[14] He lost the back-and-forth fight by unanimous decision and was subsequently released from the organization.[15]

For his first title defense, Elliott faced undefeated prospect and promotional newcomer Felipe Efrain at Titan FC 35 on September 19, 2015.[16] He won the fight by submission in the second round.

Elliott next faced former UFC Bantamweight Pedro Nobre at Titan FC 37 on March 5, 2016. He won the fight by unanimous decision for his second successful title defense.[17]

On July 21, 2016 Elliott was announced as a cast member on the 24th season of The Ultimate Fighter. The winner of the show, won a chance to fight Demetrious Johnson for the UFC Flyweight Championship.[18] Despite being ranked as the number 3 seed, Elliott was selected as the first overall pick by former opponent Joseph Benavidez.[19]

In his first fight, Elliott faced 14th ranked ‘Team Cejudo’ fighter Charlie Alaniz. He submitted Aniz in the first round by bulldog choke.[20] In the quarterfinals, Elliott faced 6th ranked ‘Team Cejudo’ fighter and former Caged contestant Matt Schnell. Despite being struck with a devastating groin kick in the opening moments of the bout, he was able to recover and submit Schnell in the first round by front choke.[21] In the semifinals, Elliott faced 15th ranked ‘Team Benavidez’ teammate Eric Shelton. After two competitive rounds, Elliott was declared the winner by majority decision.[22] Elliott fought 5th ranked ‘Team Benavidez’ teammate Hiromasa Ogikubo in the final round. Elliott won the fight by unanimous decision 30–27, winning the 24th season of The Ultimate Fighter.

Return to the UFC

Elliott faced Louis Smolka on April 15, 2017 at UFC on Fox: Johnson vs. Reis.[25] He won the fight by unanimous decision.[26] The win earned Elliott his second Fight of the Night bonus award, and his first since returning the organization.[27]

Elliott was expected to face Justin Scoggins on December 16, 2017 at UFC on Fox 26.[30] However, Scoggins pulled out of the bout in early December citing a back injury and was replaced by Pietro Menga.[31] The bout was cancelled as Menga failed to show to the weigh in because he did not make weight.[32] Elliott was offered the fight at catchweight at 131 pounds, which would have given him 10% of Menga’s fight purse, but he declined.[33]

After the fight against Menga was cancelled, the UFC offered Elliott a fight at UFC 219, which Elliott only accepted under the condition he fights somebody who has never missed weight and has never backed out of a fight at the last minute.[34] Elliott fought promotional newcomer Mark De La Rosa at bantamweight.[35] He won in the second round by submission via an anaconda choke. After the fight, he dedicated the win to his coach, Robert Follis, who died earlier in the month.[36] For the fight, Elliott won a $50,000 Performance of the Night bonus, his first performance of the night bonus and third fight bonus in the UFC overall.[37]