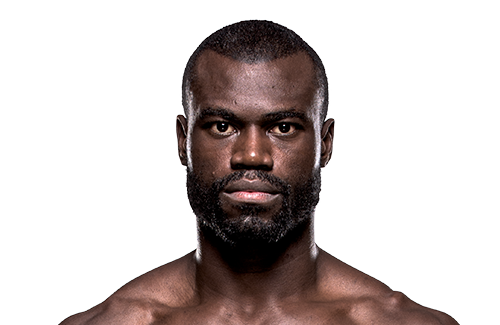 Uriah Hall was born in Spanish Town, Jamaica but moved to Queens, New York in the United States at the age of thirteen. Upon his arrival in the US, he was bullied at school[6] but found refuge in martial arts at the age of 16.[7] He is a second degree blackbelt in Tiger Schulmann’s Mixed Martial Arts under Tiger Schulmann and also competed as a kickboxer in the World Combat League.[8]

Hall started his career 3–0, including a TKO victory over Edwin Aguilar at Bellator 11, before fighting for the vacant Ring of Combat Middleweight title. Hall missed weight by 0.25 lbs and paid $100 penalty to his opponent. Despite missing weight the fight remained a title fight. Hall won by first round submission.

In September 2010, Hall suffered his first professional loss as he was defeated by future UFC champion Chris Weidman by TKO.

Hall suffered his second loss to Costas Philippou at ROC 34: Ring of Combat 34 by majority decision.

Hall would get back to his winning ways, collecting 3 consecutive victories over Aung La Nsang, Daniel Akinyemi, and Nodar Kuduxashvili. He won the vacant Ring of Combat Middleweight Championship against Kuduxashvili.

On January 9, 2013, it was announced that Hall had been selected as a fighter for the seventeenth season of The Ultimate Fighter with coaches Jon Jones and Chael Sonnen.[9]

In the opening round to get into the house, Hall took on Andy Enz and won via decision. Hall was the number two fighter selection for Team Sonnen.

On episode 3 Hall faced Adam Cella from Team Jones. With just ten seconds left in the first round, Hall unleashed a devastating spinning hook kick to Cella’s head that knocked him unconscious. The knockout was declared the most vicious knockout seen by Dana White over The Ultimate Fighter’s eight-year history.[10]

With the win, Hall advanced on to the quarter-finals and took on Bubba McDaniel of Team Jones. Hall knocked McDaniel out with a right straight counter-punch just as he was advancing forwards in the first round. That one punch broke McDaniel’s face in three places. This led to Dana White stating that Hall was the “most dangerous” fighter in TUF history and Chael Sonnen to say he will be a contender in the middleweight division.[11]

Hall faced Dylan Andrews in the semi-finals. He displayed a more technical approach, utilizing a jab through a majority of the first round. Taken down in the second round by Andrews, Hall attempted a kimura submission before throwing strikes from the bottom position that severely hurt Andrews and forced him to lose his top control and caused Hall to land massive ground & pound to secure the TKO victory for Hall.

With his successful 4–0 run on the show, Uriah gathered lot of attention from the public. Hall then faced fellow Team Sonnen fighter Kelvin Gastelum in the finals at The Ultimate Fighter 17 Finale.[12][13] Kelvin Gastelum, in an impressive upset, won the fight via split decision.[14] Although Hall appeared in good spirits after the loss, the fight was not without controversy. While Gastelum had visible control of the fight in all three rounds, Hall fans have used FIGHTMETRIC[15] scores to highlight the statistical dominance held by Hall in the second and third rounds. When asked about his performance in the post-fight conference, Hall stated that his emotional side, stemming from liking and training with Kelvin had gotten the best of him. He went on to say “Kelvin is a great guy, he’s a tough kid you know, I think he’s going to go really far in this sport and I’m happy for him.”[16]

Hall was expected to fight Nick Ring on August 17, 2013 at UFC Fight Night 26.[17] However, Ring was pulled from the bout and replaced by Hall’s fellow The Ultimate Fighter 17 alumni Josh Samman.[18] However, on July 17, it was announced that Samman was out of the bout and that Hall would face returning UFC fighter John Howard.[19] He lost the fight via split decision.

Hall faced Chris Leben on December 28, 2013 at UFC 168.[20] Leading up to the fight UFC President Dana White said that it was a must win for Hall if he wanted to keep his UFC-contract.[21] Hall immediately landed a knee on Leben and landed multiple punches throughout the fight. Eventually Hall dropped Leben with a punch in the first round, though Leben was saved by the round ending. Leben asked his trainer “Did I get knocked out?” He then stated “I’m done, man” and the fight was ended between the first and second round.[22]

Hall was expected to face Costas Philippou on January 18, 2015 at UFC Fight Night 59, a rematch of their previous fight in 2011.[25] However, Philippou would be forced out of the bout due to injury.[26] Hall was expected to face Strikeforce veteran Louis Taylor at the event,[27] On January 11, it was announced that Taylor pulled out of the fight due to a pulled muscle in his back and had his contract terminated as a result.[28] In turn, Hall faced promotional newcomer Ron Stallings, whom he defeated via TKO in the first round.[29] Hall knocked Stallings down with a punch and followed up with several more on the ground. When Stallings returned to his feet, referee Herb Dean stopped the fight to check a cut that had opened up on Stallings’ face, and the ringside doctor declared the cut too severe for Stallings to continue.[30]

Hall lost via spilt decision against Rafael Natal on May 23, 2015 at UFC 187.[31][32] Hall was expected to face Krzysztof Jotko on June 20, 2015 at UFC Fight Night 69, replacing an injured Derek Brunson.[33] However, three days after the booking, Hall was removed due to an alleged visa issue. In turn, Jotko was removed from the card entirely.[34] Hall was expected to face Joe Riggs on August 8, 2015 at UFC Fight Night 73, but Riggs pulled out of the fight in late July citing injury.[35] Riggs was replaced by promotional newcomer Oluwale Bamgbose, whom Hall defeated by TKO in the first round.[36][37]

Hall faced Gegard Mousasi on September 27, 2015 at UFC Fight Night 75, filling in for Roan Carneiro.[38] After being taken down and dominated on the ground throughout the first round, Hall stunned Mousasi with a spinning kick followed by a flying knee and earned the TKO stoppage with a flurry of punches on the ground in the opening seconds of the second round.[39] A significant underdog prior to the fight, Hall was awarded a Performance of The Nightbonus.[40]

Hall made a quick return to the cage as he faced Robert Whittaker on November 15, 2015 at UFC 193, replacing an injured Michael Bisping.[41] Hall lost the fight by unanimous decision.[42]

Hall was expected to face Anderson Silva on May 14, 2016 at UFC 198.[43] However, Silva pulled out of the bout on May 10 after requiring a surgery to remove his gallbladder. As a result, Hall did not compete at the event.[44]

Hall next faced Gegard Mousasi in a rematch on November 19, 2016 at UFC Fight Night 99.[47] He lost the fight via TKO in the first round after being taken down and hit with multiple right hands.[48]

Hall faced Krzysztof Jotko on September 16, 2017 at UFC Fight Night 116.[49] After being rocked and mounted in the first round, Hall rallied in the second round and won via TKO due to punches.[50] The win also earned Hall his second Performance of the Night bonus award.[51]

Hall was expected to face Paulo Costa on April 21, 2018 at UFC Fight Night 128.[55] However, Costa pulled out of the fight in mid-March with an arm injury.[56] In turn, promotion officials elected to pull Hall from that event entirely and reschedule the pairing for July 7, 2018 at UFC 226.[57] Hall lost the fight via technical knockout in round two.[58]