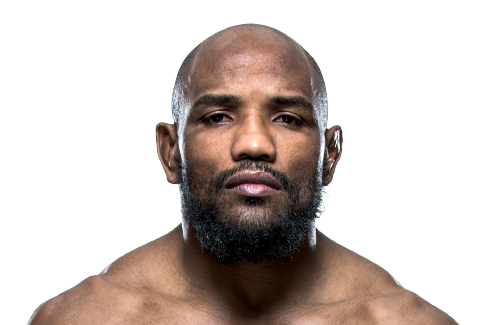 Romero competed in both the 2000 Summer Olympics and the 2004 Summer Olympics, representing his home nation of Cuba. He won the silver medal in the 2000 freestyle competition, losing to Adam Saitiev in the finals.[6] He finished in fourth place in 2004. While competing in freestyle wrestling, Romero has defeated three different Olympic gold medal winners, and five different world champions.[7] Among them were Americans Cael Sanderson and Les Gutches, both of whom Romero has multiple victories over[citation needed].

He also represented Cuba at senior level in the FILA Wrestling World Championships, which is held in non-Olympic years, from 1997–2005. At the 1999 World Wrestling ChampionshipsRomero became world champion by defeating the 1996 Olympic gold medalist, Khadzhimurad Magomedov of Russia. He controversially missed out on becoming world champion again in 2002. After landing a three-point throw against Adam Saitiev to take a 3–2 lead, Romero was penalized a point for passivity with 20 seconds remaining. In overtime, after a scramble which saw Romero end on top, it was judged Saitiev had scored in the interim.

Romero medaled in five total world championships, only missing out with his fifth-place finish in 1997, and sixth-place finish in 2003, when he was battling injuries. Other notable achievements include a gold medal at the 2003 Pan American Games, a quadrennial competition held the year before the Olympics, as well as multiple medal-winning finishes at the FILA Wrestling World Cup. Romero competed infrequently after 2005: he was suspended for all of 2006 by the Cuban Wrestling Federation for allegedly throwing his match against Mindorashvili at the 2005 World Championships. After winning the Grand Prix of Germany in the summer of 2007, he did not return to Cuba, choosing instead to remain in Germany.

Romero then joined the Ringer-Bundesliga, a professional wrestling league in Germany, in which teams compete for team titles. Romero competed as a starting member of SV Johannis Nuremberg, as well as helping coach and train the team. Eventually he began to transition into MMA.

After defecting to Germany in 2007,[8] Romero made his professional mixed martial arts debut in December 2009. Between 2008 and 2011 Romero was trained by Sergej Kuftin (combat sambo & MMA coach) and Zike Simic (kickboxing coach), both from Peter Althof’s “Martial Arts Gym Nuremberg”. Over the next three years, he amassed an undefeated record of 5–0 in various promotions throughout Germany and Poland.

He won his debut via TKO against Sascha Weinpolter. In his second bout he scored a 62-second finish via TKO against Ricky Pulu. He then took on Polish standout Michał Fijałka in his third bout.[9] After a dominant performance, Yoel won in the third round via TKO, which was at first ruled a controversial disqualification, due to a knee on the ground thrown by Romero. In 2011, he won his next three fights via TKO in the first round.

Romero signed with Strikeforce in July 2011 and made his promotional debut against Rafael Cavalcante on September 10, 2011 at Strikeforce 36.[10] He lost the fight via KO in the second round. A neck injury kept him out of action until 2013.

Romero made his UFC and middleweight debut against Clifford Starks on April 20, 2013, at UFC on Fox 7.[11] He won the fight via KO in the first round. The win also earned him Knockout of the Night honors.[12] Romero was expected to face Derek Brunson on August 31, 2013, at UFC 164.[13] However, Brunson suffered an injury and pulled out of the bout. Promotional newcomer Brian Houston was briefly linked as a replacement, however Houston was not medically cleared to compete at the event and the bout was canceled.[14] In his second UFC bout, Romero faced Ronny Markes on November 6, 2013, at UFC Fight Night 31.[15] He won the fight via knockout in the third round.

For his third fight, Romero was again set to face Derek Brunson on January 15, 2014, at UFC Fight Night 35.[16] After trailing for two rounds, Romero won the fight in the third via TKO due to punches that dropped Brunson and subsequent elbows to the body. Both fighters earned a $50,000 Fight of the Night bonus award.[17] In his fourth fight, Romero faced Brad Tavares at UFC on Fox 11.[18] He won the fight via unanimous decision.

Romero faced Tim Kennedy on September 27, 2014, at UFC 178.[19] He won the fight via TKO in the third round, giving Kennedy his first stoppage loss in thirteen years. This fight generated much controversy: Romero was hurt badly at the end of round 2, and received extra time to recover between rounds. UFC color commentator Joe Rogan mistakenly blamed this on Romero’s cornermen for failing to leave the Octagon on time, when the blame was actually on a UFC Cutman who applied too much Vaseline to a cut and referee John McCarthy for allowing Romero to stay sitting while trying to get the cutman to return to the octagon to wipe the excess off. Later it was also noticed that Kennedy was illegally holding Romero’s glove while striking him at end of round 2. [20] The win earned Romero his second Fight of the Night bonus award.[21]

Romero faced former light heavyweight champion Lyoto Machida on June 27, 2015, at UFC Fight Night 70.[25] He knocked out Machida at 1:38 of the third round with a series of elbows from top position.[26] Romero was awarded a “Performance of the Night” bonus.[27]

On January 13, 2016, Romero was informed of a potential doping violation stemming from an out-of-competition test conducted by USADA.[31] On February 8, Romero and his manager explained that he had taken a supplement after his fight that turned out to be contaminated. His team and USADA both sent out the supplement for testing and it was confirmed that it contained a banned substance. That substance was not listed on the label, his manager said. They did not want to reveal the name of the supplement or the substance as USADA was investigating the issue.[32] On March 23, it was announced that Romero would appeal his suspension. His team and USADA discussed a deal for a nine-month suspension for the fighter, but Romero preferred to go to arbitration. The typical USADA anti-doping violation suspension is two years.[33] Eventually, on April 4, both parties reached an agreement for a six-month suspension. USADA revealed that Romero had tested positive for ibutamoren, a growth hormone release stimulator. An unopened version of the supplement was independently tested and the banned substance did indeed come up, even though it was not listed on the label. Romero announced that he would pursue legal action against the supplement company. The result of the Souza fight was not overturned, as it was an out-of-competition test that occurred after the fight; Romero passed both his pre-fight and fight night tests for the Souza fight.[34][35]

Romero faced former middleweight champion Chris Weidman on November 12, 2016, at UFC 205.[36] He won the fight via knockout in the third round and was awarded a Performance of the Night bonus.[37][38]

With middleweight champion Michael Bisping sidelined due to injury, Romero fought Robert Whittaker on July 8, 2017 at UFC 213 for the interim UFC Middleweight Championship.[39] He lost the fight by unanimous decision.[40]

Romero was scheduled to face David Branch on February 24, 2018 at UFC on Fox 28.[41] However, on January 13 2018, it was reported that Whittaker had pulled out of his bout against Luke Rockhold, which was scheduled to take place at UFC 221, due to an undisclosed injury. It was announced he would be replaced by Romero in what was to be a fight for the interim UFC Middleweight Championship. The winner of this bout would then face Whittaker in a unification bout.[42] At the weigh-ins, Romero came in at 188.3 lbs in his first attempt. He was given another two hours to make 185 lbs but failed to make weight, ending up 2.7 pounds over the middleweight limit of 185 lbs. As a result, Romero would not have been eligible for the interim championship had he won the fight. Romero was fined 30% of his purse, which was awarded to Rockhold. If Rockhold were to win, he would still be awarded the championship. Romero won the fight via KO in the third round. Romero knocked Rockhold down with a heavy overhand followed up with a punch on the ground that rendered Rockhold unconscious.[43]

A rematch with Whittaker took place on June 9, 2018 at UFC 225.[44] At the weight-ins, Romero missed weight, coming in at 186 pounds, 1 pound over the middleweight limit for a title fight. Romero was given additional time to make weight, but he weighed in at 185.2 lbs, 0.2 pounds over. Romero was fined 20% of his fight purse and the fight proceeded as a non-title catchweight bout.[45][46] Romero lost the back-and-forth fight by split decision. The fight was awarded as Fight of the Night, but due to Romero missing weight, Whittaker received both $50,000 bonuses for a total of $100,000.[47]

Romero was scheduled to face Paulo Costa on November 3, 2018 at UFC 230.[48] However, Romero indicated in mid-August that while he has been cleared to fight, his doctors have recommended that he wait another four to five months (early 2019) to allow facial injuries incurred during his most recent fight to fully heal.[49] The bout has been rescheduled and is expected to take place on April 27, 2019 at UFC on ESPN 3.[50]