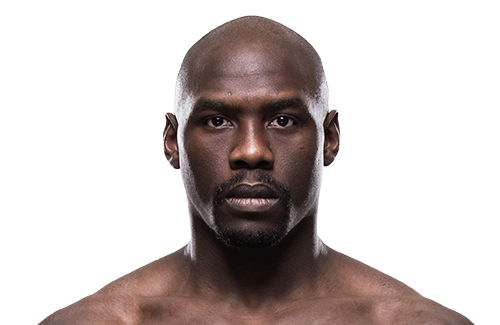 Cannonier began his amateur mixed martial arts career in early 2011, winning his first two fights by knockout. In June 2011, he made his professional MMA debut in Alaska. He fought sporadically over the next five years, amassing a record of 7 wins and no losses.

In October 2014, it was announced that Cannonier had signed with the UFC. In his debut he faced Shawn Jordan in a Heavyweight bout at UFC 182 on January 3, 2014.[6][7] He lost the fight via knockout in the first round.[8]

Cannonier returned to face Cyril Asker on April 10, 2016 at UFC Fight Night: Rothwell vs. dos Santos.[9] He defeated Asker by knockout due to a combination of elbows and punches.[10] The win also earned Cannonier his first Performance of the Night bonus award.[11]

In his third fight for the promotion, Cannonier moved down a weight class to the light heavyweight division. He faced Ion Cuțelaba on December 3, 2016 at The Ultimate Fighter 24 Finale.[12] Cannonier won the fight by unanimous decision.[13] The bout also won Cannonier his second consecutive bonus award as he and Cuțelaba won Fight of the Night.[14]

Cannonier was expected to face Steve Bossé on July 7, 2017 at The Ultimate Fighter 25 Finale.[17] However, Bossé was removed from the fight just days before the event and was replaced by promotional newcomer Nick Roehrick.[18]Cannonier won the fight via TKO in the third round.[19]

Cannonier was expected to face Antônio Rogério Nogueira on December 16, 2017 at UFC on Fox 26.[20] However, on October 19, it was announced that Nogueira was pulled from the card after being notified by USADA of a potential doping violation.[21] Cannonier would face Jan Błachowicz instead.[22] He lost the fight via unanimous decision.[23]

Cannonier was expected to face Alessio Di Chirico in a middleweight bout on November 17, 2018 at UFC Fight Night 140.[26] However, it was reported on October 19, 2018 that Cannonier would face David Branch at UFC 230instead.[27] He won the fight via technical knockout in round two.[28] This win earned him the Performance of the Night award.[29]