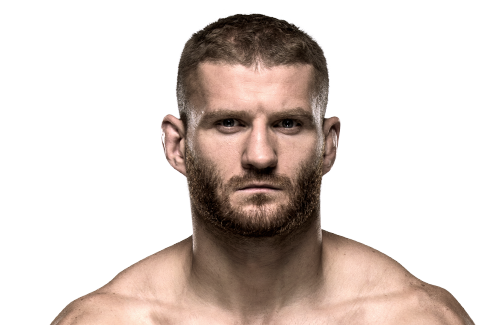 Looking to expand his horizons after a very successful year 2008, Błachowicz accepted the invitation of Tomasz Drwal and joined him at the Throwdown Training Center in San Diego for a few months. He agreed to temporarily fight at Heavyweight, against Lloyd Marshbanks under the War Gods banner, but the event was cancelled. Despite suffering a serious knee injury in July, Błachowicz continued his training, as he agreed to fight “somewhere in Mexico”. About three weeks later, his knee suddenly popped in training when executing a takedown. The anterior cruciate ligament in his right knee was destroyed, making a knee reconstruction after his return to Poland inevitable.[5]

Błachowicz was planning his comeback fight in March against Aleksandar Radosavljevic at WFC 10, but decided to withdraw and was replaced by fellow KSW TEAM member Antoni Chmielewski. After finally returning from the knee injury and 17 months layoff,[5] Błachowicz entered into the second KSW <95 kg tournament. Błachowicz had to face two opponents in the same night. His first opponent was the undefeated Brazilian Julio Brutus. Błachowicz was able to knock Brutus out with a high kick-right hook combination at 3:40 in the first round. In the semifinal, Błachowicz submitted his training partner Wojciech Orłowski with a rear-naked choke after just 1:37.[6]

In the meantime, Błachowicz took a fight on a few days notice against Nikolai Onikienko and submitted him in the second round.

He then faced Daniel Tabera in the final of the tournament at KSW XIV, winning via TKO in the second round and becoming once again the KSW Light Heavyweight Tournament Champion. Błachowicz then faced Rameau Thierry Sokoudjou for the vacant KSW Light Heavyweight Championship at KSW XV. He lost the fight via TKO, being unable to answer the bell for the third round because of his injured leg.[7]

Błachowicz had a rematch with Sokoudjou at KSW XVII. He won the bout via unanimous decision to become the new KSW Light Heavyweight Champion. His next three fights in KSW were against Mario Miranda, Houston Alexander and Goran Reljic, and all three he won by unanimous decision.

In January 2014, after completing a 17-3 record on the European scene, Błachowicz signed a contract to fight in the light heavyweight division of the UFC.[8]

Błachowicz was expected to face Ovince Saint Preux on February 4, 2017 at UFC Fight Night 104.[21] However, he pulled out on January 21 due to injury and was replaced by promotional newcomer Volkan Oezdemir.[22]

Błachowicz was quickly rescheduled and faced Patrick Cummins on April 8, 2017 at UFC 210.[23] After a strong first round where he rocked Cummins on multiple occasions, Błachowicz soon fell to Cummins’ wrestling and his own lack of stamina in the second and third rounds. He lost the bout by majority decision.[24]

Błachowicz faced Devin Clark on October 21, 2017 at UFC Fight Night: Cerrone vs. Till.[25] He won the fight via rear-naked choke submission in the second round.[26] This win earned him the Performance of the Night award.[27]

Błachowicz faced Jimi Manuwa in a rematch on March 17, 2018 at UFC Fight Night 127.[30] He won the fight via unanimous decision.[31] The win also earned him his first Fight of the Night bonus award.[32]

Błachowicz faced Nikita Krylov on September 15, 2018 at UFC Fight Night 136.[33] He won the fight via arm-triangle choke submission in the second round.[34] This win earned him the Performance of the Night award.[35]

Błachowicz faced Thiago Santos on February 23, 2019 at UFC Fight Night 145.[36] Blachowicz was caught with a counter in the third round and lost by TKO, marking the first time in his MMA career that he has been stopped due to strikes.[37]