Notice: Function WP_Scripts::localize was called incorrectly. The $l10n parameter must be an array. To pass arbitrary data to scripts, use the wp_add_inline_script() function instead. Please see Debugging in WordPress for more information. (This message was added in version 5.7.0.) in /var/www/wp-includes/functions.php on line 5835
 Glover Teixeira - Ranking MMA 
Notice: A non well formed numeric value encountered in /var/www/wp-content/themes/mma-sport-magazine/inc/live-style.php on line 40 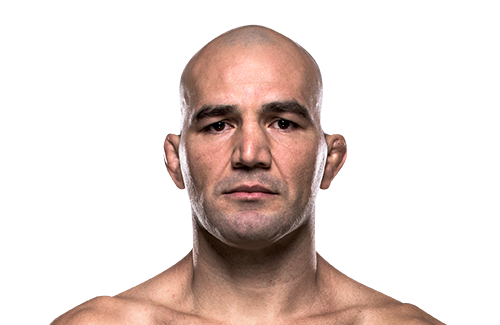 Teixeira is originally from the rural community of Sobrália, Minas Gerais, Brazil and is of Portuguese descent. His neighborhood had no traffic signals, there was no electricity in many of the homes, and there was a single gas station. He moved to Danbury, Connecticut in 1999 to help support his family and quickly found a job in landscaping. It was there that he met his wife, Ingrid. After watching boxers such as Mike Tyson and the early mixed martial arts fighters such as Royce Gracie and Chuck Liddell compete, Teixeira decided that he wanted to follow the same path. He had never heard of Brazilian jiu-jitsu, but was able to find and watch videos of UFC 1 and UFC 2 which featured the legendary UFC Hall of Famer Royce Gracie. After working 10- to 12-hour days landscaping, Teixeira would then go train Boxing at Hat City Boxing and Brazilian jiu-jitsu at American Top Team Connecticut. John Hackleman had trained a fighter who fought Teixeira and was impressed by the young Brazilian. Hackleman invited Teixeira to his gym in California, The Pit, where Teixeira began training with UFC Hall of Famer Chuck Liddell.[8]Teixeira currently trains and instructs at his own gym Teixeira MMA & Fitness in Bethel, Connecticut.

His background includes a variety of grappling and MMA tournaments: Grapplers Quest, NAGA, Sport Fight (where he was the Light heavyweight Champion). Under submission wrestlingrules, he grappled with well-known fighters Jeff Monson and Brandon Vera. He won the 2009 Brazilian ADCC trials in the under 99 kg division, and in the 2011 Brazilian ADCC trials, he took second place.

Teixeira was featured in the second season opening episode of the MMA reality television series TapouT.

In 2014 Teixeira opened his own gym Teixeira MMA & Fitness, where he still currently trains.

On 21 February 2012, it was announced that Teixeira had signed a deal with UFC and would make his debut in early summer 2012.[9]

Teixeira debuted at the UFC facing Kyle Kingsbury on 26 May 2012 at UFC 146. After a quick exchange, Teixeira knocked Kingsbury down with a right uppercut, gained full mount, locked an arm-triangle choke, switched to side control and forced his opponent to tap at 1:53 of the first round.[10]

Teixeira was expected to face former UFC Light heavyweight Champion Quinton Jackson on 13 October 2012 at UFC 153.[11] However, Jackson pulled out of the bout citing an injury and was replaced by Fábio Maldonado.[12] Teixeira dominated Maldonado throughout the fight with multiple takedowns and vicious ground and pound, resulting in the doctor stopping the fight at the end of round two.

Teixeira/Jackson took place on 26 January 2013 at UFC on Fox 6. Teixeira outboxed him with jabs, body shots and combinations, even scoring a knockdown in round 1. He also outwrestled Jackson, surprisingly taking the former champion down at will, and used his jiu-jitsu to easily dominate him on the ground, repeatedly mounting and taking his back, proceeding to a unanimous decision win.[13]

Teixeira was expected to face Ryan Bader on 25 May 2013 at UFC 160.[14] However, Bader withdrew from the bout citing an injury and was replaced by James Te Huna.[15] Teixeira won by submission with a guillotine choke in the first round. The performance earned Teixeira Submission of the Night honors.

The bout with Bader eventually took place on 4 September 2013 as the main event at UFC Fight Night 28.[16] Despite being dropped early in the first round by Bader, Teixeira rallied back and won the fight via TKO in the first round. The win also earned Teixeira his first Knockout of the Night bonus award.[17] With the victory, Teixeira earned an opportunity at the UFC Light Heavyweight title.[18]

Teixeira was expected to face Rashad Evans on 22 February 2015 at UFC Fight Night 61.[26] However, on 7 January, Teixeira pulled out of the bout citing a knee injury that he had sustained in his last fight was slow to heal.[27]

Teixeira was expected to face Alexander Gustafsson on 20 June 2015 at UFC Fight Night 69.[28] However, it was announced on 1 May that Gustafsson had been removed from the card due to injury.[29]

Teixeira faced Ovince Saint Preux on 8 August 2015 in the main event at UFC Fight Night 73.[30] Teixeira won via submission in the third round.[31] He was also awarded his first Fight of the Night bonus award.[32]

Teixeira was expected to face Anthony Johnson on 23 July 2016 at UFC on Fox 20. However, Johnson pulled out of the bout to tend to personal issues.[38] The bout was rescheduled and eventually took place at UFC 202.[39] Johnson defeated Teixeira by knockout in the opening seconds of the fight.[40]

A rescheduled fight with Alexander Gustafsson eventually took place on 28 May 2017 in the main event at UFC Fight Night 109.[43] Teixeira lost the fight via knockout in the fifth round.[44] Despite the loss, the bout earned Teixeira his second Fight of the Night bonus award.[45]

Teixeira was scheduled to face Misha Cirkunov on 28 October 2017 at UFC Fight Night 119.[46] However, the pairing was delayed after a recent hand surgery for Teixeira was slow to heal and the bout eventually took place on 16 December 2017 at UFC on Fox 26.[47] Teixeira won the fight via TKO in the first round.[48]

Teixeira was briefly linked to a bout with Volkan Oezdemir on 12 May 2018 at UFC 224.[49] However, Oezdemir was pulled from that pairing in favor of a matchup with Maurício Rua at UFC Fight Night 134.[50]

Teixeira was expected to face Ilir Latifi on 22 July 2018 at UFC Fight Night 134.[51] However, on 5 July 2018, it was announced that Latifi was pulled from the event, citing injury.[52] Latifi was replaced by Corey Anderson.[53] He lost the fight via unanimous decision.[54]

Teixeira was expected to face Jimi Manuwa on 22 September 2018 at UFC Fight Night 137.[55] However, Teixeira suffered an injury in August and was removed from the match-up.[56]

Teixeira was scheduled to face Ion Cutelaba on 19 January 2019 at UFC on ESPN+ 1.[57] However, on 10 January 2019, Cutelaba was pulled out of the bout due to injury. After seeking a replacment for Cutelaba[58], the UFC announced that Karl Roberson was stepping up to face Teixeira.[59] Teixeira defeated Roberson by submission via arm triangle choke in the first round.[60] The pair is scheduled to meet at UFC on ESPN 3 on April 27, 2019.[61]