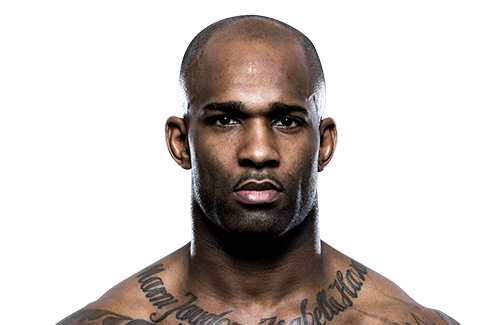 Manuwa was born in California and lived there until three, when his father moved the family back to Nigeria.[8] He moved to London, England at ten. He got in trouble as a teen and did not finish school. After being convicted of conspiracy to burgle, he was sent to prison in 2002 and got out in 2003.[9]

Manuwa began training in mixed martial arts in 2007, following a weight lifting injury where he ruptured a chest muscle. He currently trains at Keddles Gym with Alan Keddle and Dino Miringou and at Nova Força BJJ with Ricardo da Silva.

Manuwa began fighting for UCMMA name in only his third professional fight, becoming the promotion’s champion in his third fight under them. He successfully defended his title 5 times, more than any other champion in the company, past or present.

During this time period, Manuwa famously turned down a contract offer from the Ultimate Fighting Championship, feeling it wasn’t the right time in his career to accept it. He did state that reaching the UFC was his “ultimate goal” in the future.[10] He was then offered to fight at the UFC 138 event, but also refused that one, citing that he hadn’t competed since summer of 2010, and that “If he fought on the October card that would have been after a fifteen month layoff, which is not ideal under any circumstances. You do need to be fighting regularly to stay sharp…”[11]

He successfully defended his title for the fifth time at UCMMA 24: Hands of War, against Nick Chapman.[12]

After defending his title a record 5th time, Manuwa signed a four fight, exclusive contract with BAMMA. He made his debut at BAMMA 8.[13] He faced Frenchman Antony Rea and won the fight via TKO.

Having turning down a UFC contract a few years previously, Manuwa signed with the promotion in July 2012.

Manuwa made his UFC debut against TUF 8 contestant Kyle Kingsbury at UFC on Fuel TV 5, winning after 2 rounds by TKO due to doctor stoppage.[14] The stoppage was declared after Kingsbury’s left eye had swollen shut.

For his second fight with the promotion, Manuwa faced Cyrille Diabaté on 16 February 2013 at UFC on Fuel TV: Barao vs. McDonald. Manuwa was declared the winner (TKO) after Diabaté was unable to continue after tearing a calf muscle near the end of the first round.[15]

Manuwa returned to face Ryan Jimmo on 26 October 2013 at UFC Fight Night 30.[16] For the second time in a row, Manuwa’s opponent injured his leg during the fight and this resulted in a TKO victory for Manuwa.[17]

Manuwa faced Alexander Gustafsson at UFC Fight Night 37 on 8 March 2014.[18] He lost the fight via TKO in the second round.[19][20] Both participants were awarded a Fight of the Night bonus for the fight.[21]

Manuwa was expected to face Maurício Rua at UFC Fight Night 56 on 8 November 2014 in Brazil.[22] However, on 29 October, it was announced that Manuwa had pulled out of the fight due to an injury, and that Ovince St. Preux would replace him against Rua.[23]

After over a year away from the sport, Manuwa returned to face Jan Błachowicz on 11 April 2015 at UFC Fight Night 64.[24] Manuwa won the fight via unanimous decision, going the distance for the first and only time in his MMA career.[25]

Manuwa was briefly linked to a matchup with Nikita Krylov on 27 February 2016 at UFC Fight Night 84.[28] However, Manuwa was scratched from the contest with an undisclosed injury in late December, causing the bout to be cancelled.[29]

Manuwa was briefly linked to a bout with Glover Teixeira at UFC 208.[33] However, the pairing was scrapped and Manuwa eventually faced Corey Anderson on 18 March 2017 in the main event at UFC Fight Night 107.[34] Manuwa won the fight via knockout in the first round, after briefly dropping Anderson with a jab and then finishing him with a single left hook.[35] He was awarded a Performance of the Night bonus.[36]

Manuwa faced Jan Błachowicz in a rematch on 17 March 2018 at UFC Fight Night 127.[38] He lost the fight via unanimous decision.[39] Both participants were awarded Fight of the Night for their performance.[40]

Manuwa was expected to face Glover Teixeira on 22 September 2018 at UFC Fight Night 137.[41] However, Glover Teixeira pulled out this bout after suffering an injury.[42] He was replaced by Thiago Santos.[43] In turn, Manuwa was removed from the fight during the week leading up to the event due to a torn hamstring and replaced by Eryk Anders.[44]