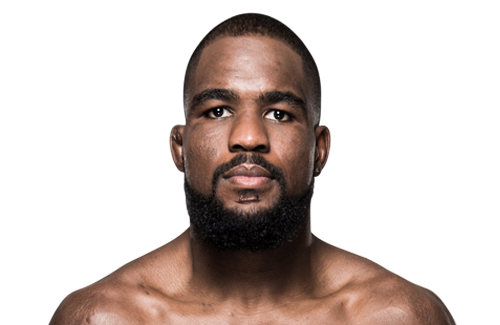 He graduated from Hononegah Community High School where he competed in wrestling.[6]

Corey attended Lincoln College (Illinois) in Lincoln, Illinois and was an All American. After graduating he attended University of Wisconsin, Whitewater. Corey Anderson was not initially interested in pursuing a career in MMA. During his last year of wrestling at Newberry College in South Carolina, he met MMA notable, Ben Askren, who persuaded him to try MMA. Despite originally resisting, Anderson eventually gave MMA a shot after Askren managed to get him into Duke Roufus‘s gym.[7] Anderson graduated from the University of Wisconsin–Whitewater with a degree in Business Administration.[4]

Anderson was revealed as one of the cast members of the nineteenth season of The Ultimate Fighter, coached by Frankie Edgar and BJ Penn, on March 25, 2014.[8] In the elimination rounds to determine who got into the TUF house, Anderson fought and defeated Kelly Anundson by unanimous decision after two rounds. He was then chosen as the first pick for Team Edgar’s light heavyweights.

In the quarter-finals, Anderson fought Team Penn’s Josh Clark. Anderson utilized his wrestling to control the majority of the bout, resulting in a majority decision win.[9] Anderson next fought fellow Team Edgar teammate, Patrick Walsh, in the semi-finals. He defeated Walsh by unanimous decision to secure his spot at the finale.[10]

Anderson was expected to face Gian Villante on December 6, 2014 at UFC 181.[13] However, Villante pulled out of the fight citing an injury[14] and was replaced by Jonathan Wilson.[15] A few days later, it was announced that Wilson was forced out of the fight and undefeated newcomer Justin Jones would take his place.[16] He won the fight via unanimous decision.

A rescheduled bout with Villante took place on April 18, 2015 at UFC on Fox 15.[17] Anderson lost the fight via TKO in the third round. Despite the loss, he was awarded a bonus for Fight of the Night.[18]

Anderson stepped up to face Fábio Maldonado on November 7, 2015 at UFC Fight Night 77, filling in for an injured Tom Lawlor.[21] He won the one sided fight by unanimous decision.[22]

Anderson was expected to face Patrick Cummins on November 4, 2017 at UFC 217.[31] However, on October 17, Cummins pulled out due to a resistant staph infection.[32] He was replaced by Ovince Saint Preux.[33] After losing the first round and winning the second due to his wrestling, Anderson lost the fight via head kick knockout early in the third round.[34]