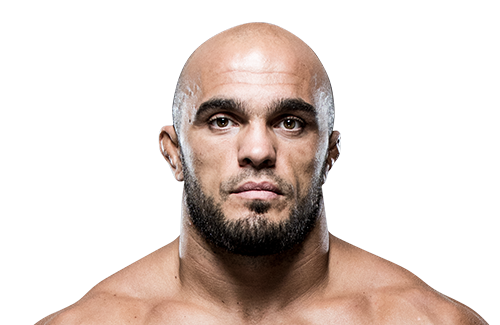 With a considerable number of wrestlers in his family, Latifi began wrestling at a young age.[7] Latifi continued to wrestle in order to pursue his dream of one day being world champion.[7] In 2005, he began to follow in his older brother’s footsteps by training MMA as a result of his dissatisfaction with the constant rule changes in wrestling.[7][8] Latifi competed at the 2005 ADCC European trials, where his division was won by Alistair Overeem,[9] but he did not earn a spot at the 2005 ADCC championships. Although Latifi did not compete at the 2009 ADCC European Trials, he was invited to the 2009 ADCC Championships, where he lost in the first round to Alexandre Ribeiro via points (2-0).[10]

Latifi started his career as a heavyweight. His first professional MMA fight was on May 17, 2008 with the Real Pain Challenge promotion against future Bellator fighter and WSOFHeavyweight champion Blagoi Ivanov. However, the fight was ruled a no contest 55 seconds into the first round, as Latifi drove Ivanov into one of the posts on the ring and destroyed it.[11]

Next he fought future UFC heavyweight Christian Colombo on September 6, 2008. The bout was first booked as a professional contest, but would later be changed to an amateur or semi-pro bout which is not listed on the fighters professional records. Latifi won the fight by submission due to a north-south choke in the first round. Back in professional competition Latifi had his last fight as a heavyweight, before dropping down to light heavyweight, on October 25, 2008 at Superior Challenge 2, where he defeated Roman Mihocka by knockout in the second round.

He holds a notable win over MMA- and kickboxing veteran Tony Lopez. Lopez came in to the fight on a 7 fight winning-streak. Latifi used his superior wrestling and also his inproven striking to shut Lopez down to win a unanimous decision. He has also fought against current Bellator Light Heavyweight champion and former MFC Light Heavyweight Champion Emanuel Newton and Tatsuya Mizuno. His early career success has led to Latifi being ranked as one of the top Light Heavyweights in Europe.[12][13]

Latifi made his UFC debut against at the time #10 ranked, former Strikeforce Light Heavyweight Champion Gegard Mousasi on April 6, 2013 at UFC on Fuel TV 9, on four days notice,[15] reportedly cutting weight from 105 kg (231 lbs) to 93,4 kg (206 lbs),[16] replacing his injured training partner Alexander Gustafsson.[17] Latifi lost to Mousasi by unanimous decision.[15] After the fight UFC President Dana White praised Latifi for taking a fight against a top 10 fighter like Mousasi on such short notice and promised that Latifi would get another fight in the promotion.[18]

In his second fight for the promotion, Latifi fought MMA- and kickboxing veteran Cyrille Diabaté on March 8, 2014 at UFC Fight Night 37.[19] Latifi won the fight by submission due to a ninja choke in the first round.[20] His opponent, Diabaté retired from MMA and the UFC following his loss to Latifi.[21]

Latifi was later expected to face Tom Lawlor on July 19, 2014 at UFC Fight Night 46.[22] However, Lawlor later had to withdraw from the bout citing an injury,[23] and was replaced by promotional newcomer Chris Dempsey.[24] Latifi effectively used leg kicks to disable his opponent, before finishing him with punches, ending the fight by a first-round knockout.[25][26]

Latifi faced promotional newcomer Jan Błachowicz on October 4, 2014 at UFC Fight Night 53.[27] He lost the fight via TKO in the first round after being visibly hurt by a kick to the liver, which Błachowicz capitalized on.[28][29]

Latifi next faced Hans Stringer on July 18, 2015 at UFC Fight Night 72.[30] He won the fight by knockout after dropping Stringer with an overhand right and following up with punches on the ground, stopping the fight 56 seconds into the first round.[31]

Latifi faced Sean O’Connell on January 17, 2016 at UFC Fight Night 81.[32] He won the fight by knockout, having landed a vicious overhand right that wobbled O’Connell, followed by a right hook that dropped him to the canvas, 28 seconds into the first round.[33][34] Following the fight, Latifi expressed his desire to fight in a main event in his hometown Malmö.[35]

Latifi faced Gian Villante on March 5, 2016 at UFC 196.[36] He won the fight by unanimous decision, after capitalizing on both his punching power and superior wrestling.[37]

Latifi was expected to face Antônio Rogério Nogueira on June 25, 2017 at UFC Fight Night 112.[40] However on May 17, it was announced that Nogueira pulled out due to a neck injury. Subsequently, despite having six weeks to secure a replacement opponent, promotion officials elected to remove Latifi from the event entirely.[41]

Instead, he took on undefeated prospect Tyson Pedro on September 9, 2017 at UFC 215.[42][43] Latifi capitalized on his strong wrestling and overall power, to win the fight by unanimous decision, handing Pedro the first loss of his career.[44]

Latifi was expected to face Ovince Saint Preux on January 27, 2018 at UFC on Fox 27.[45] However, he was injured during a training session and was forced to pull from the event,[46] and the bout was cancelled.[47] The pair was rebooked and took place on February 24, 2018 at UFC on Fox 28.[48] After he had knocked Saint Preux down twice, Latifi won the fight by submission, due to a standing guillotine choke, in the first round.[49] This win earned him the Performance of the Night bonus.[50][51]