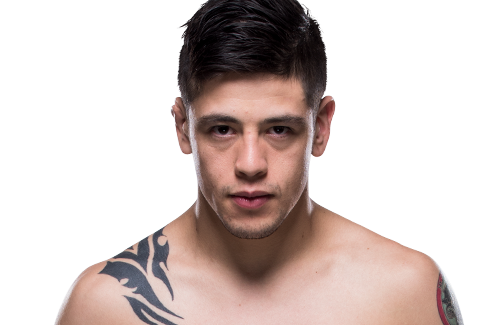 Moreno made his professional MMA debut in his native Mexico in April 2011. Over the next two years, he amassed a record of 6 wins and 3 losses.

In 2014, Moreno would debut for the World Fighting Federation promotion. He would go undefeated in the promotion at 5-0 and would eventually win the Flyweight championship, which led to him being cast in the Flyweight tournament on the 25th season of The Ultimate Fighter.

In July 2016, it was revealed that Moreno was a participant on The Ultimate Fighter: Tournament of Champions.[5] Moreno was selected as a member of Team Benavidez. He faced Alexandre Pantoja in the opening stage and lost the fight via submission in the second round.

In a rare move, Moreno debuted in the UFC while his season of The Ultimate Fighter was still airing. He faced Louis Smolka at UFC Fight Night: Lineker vs. Dodson on October 1, 2016.[6] Moreno won the fight via submission in the first round. The win also earned Moreno his first Performance of the Night bonus award.[7]

In his second fight for the promotion, Moreno returned to face Ryan Benoit on December 3, 2016 at The Ultimate Fighter: Tournament of Champions Finale[8] He won the fight via split decision.[9]

Moreno faced Sergio Pettis on August 5, 2017 at UFC Fight Night 114.[13] He lost the fight via unanimous decision.[14] Moreno was tested positive for small amount of clenbuterol in his system from an in-competition urine sample collected on August 6, 2017, a day after his fight with Pettis. USADA has determined their finding the presence of clenbuterol in Moreno system was likely resulted from clenbuterol contaminated meat Moreno had consumed in Mexico, for such Moreno will not punished by USADA.[15]

Moreno was expected to face Ray Borg on April 7, 2018 at UFC 223.[16] The bout was cancelled after Borg was injured by glass from a bus window that was smashed by Team SBG.[16][17] The pairing was left intact and quickly rescheduled and was expected to take place on May 19, 2018 at UFC Fight Night 129.[18] However, on However, Borg withdrew from the bout to take care of his child from brain surgery,[19] and he was replaced by Alexandre Pantoja.[20] Moreno lost the fight by unanimous decision.[21]