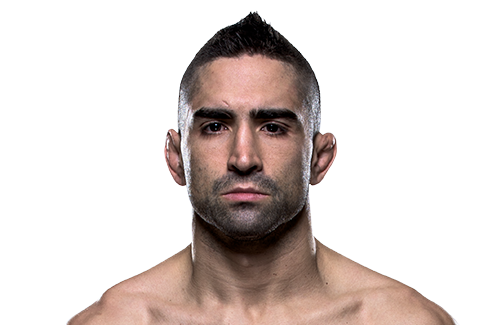 Lamas’ father is Cuban and his mother is Mexican. The flags of these two countries are often displayed on his clothing during his fights.[5] Lamas went to Hinsdale Central High School in Hinsdale, Illinois.[6]

Lamas graduated with a degree in exercise science from Elmhurst College in 2005, where he was a member of the men’s wrestling team and earned All-American honors at the NCAA Division III Men’s Wrestling Championships at 157 lbs. During his collegiate wrestling career (2001–2005), he racked up over 100 wins. He was also a two-time CCIW Champion, and was named the CCIW’s “Most Outstanding Wrestler” during the 2003-04 season. Lamas returned to Elmhurst after graduation to serve as the assistant men’s wrestling coach.[7]

Lamas won the ISCF North Central Regional Title on April 26, 2008 in Loves Park, Illinois, USA when he defeated Cal Ferry via Guillotine Choke at 4:50 of round 4.

On March 1, 2009, Lamas made his WEC debut on March 1, 2009 at WEC 39 against IFL and WEC veteran Bart Palaszewski. Lamas took the fight with 4 days notice as he replaced an injured Rich Crunkilton.[8] Lamas controlled Palaszewski with superior wrestling and scored with excellent ground-and-pound to win a unanimous decision.[9]

Lamas then faced Bendy Casimir on March 6, 2010 at WEC 47.[14] He won the fight in stunning fashion by defeating Casimir via flying knee KO in the first round.

Lamas was expected to face Maciej Jewtuszko on December 16, 2010 at WEC 53,[16] but Jewtuszko had to withdraw as he suffered a broken hand during training.[17] Lamas instead faced Iuri Alcântara and lost via KO in the first round.[18]

In October 2010, World Extreme Cagefighting merged with the Ultimate Fighting Championship. As part of the merger, all WEC fighters were transferred to the UFC.[19]

In his UFC debut, Lamas faced returning UFC veteran Matt Grice in a featherweight bout on June 26, 2011 at UFC on Versus 4.[20] Lamas defeated Grice via TKO in the first round.[21]

Lamas faced Cub Swanson on November 12, 2011 at UFC on Fox 1.[22] Lamas won via second round submission after applying an arm-triangle choke, earning Submission of the Night honors.[23][24]

Lamas was expected to face Dustin Poirier on February 4, 2012 at UFC 143, replacing an injured Erik Koch[25] However, Lamas ended up injured as well and was replaced by Max Holloway.[26]

For his third UFC fight at featherweight, Lamas faced Hatsu Hioki on June 22, 2012 at UFC on FX: Maynard vs. Guida.[27] He defeated the heavily favored Hioki via unanimous decision.[28]

Lamas was briefly linked to a December 2012 bout with Frankie Edgar, however the pairing was scrapped after Edgar was tabbed as a replacement for the injured Erik Koch and face José Aldo at UFC 153.[29]

The title fight against José Aldo eventually took place on February 1, 2014 as the co-main event of UFC 169.[35] It was revealed during the UFC countdown show that Lamas received his black belt in Brazilian jiu-jitsu during his training camp leading up to the bout.[36] Lamas lost the fight via unanimous decision.

Lamas faced Dennis Bermudez on November 15, 2014 at UFC 180.[39] After dropping Bermudez with a jab, Lamas was able to secure a guillotine choke and earn the first round submission victory.[40]

Lamas faced Diego Sanchez on November 21, 2015 at The Ultimate Fighter Latin America 2 Finale.[43] He won the fight by unanimous decision.[44]

Lamas was scheduled to face returning veteran B.J. Penn on October 15, 2016 at UFC Fight Night 97.[47] However, on October 4, Penn pulled out of the fight citing an injury.[48] In turn, the promotion announced on October 6 that they had cancelled the event entirely.[49][50]

Lamas was quickly rescheduled and returned to face Charles Oliveira on November 5, 2016 at The Ultimate Fighter Latin America 3 Finale.[51] The bout was contested at a catchweight of 155 lbs, as Oliveira missed weight by nearly 10 lbs.[52] Lamas won the fight via submission in the second round and was awarded a Performance of the Nightbonus.[53][54]

Lamas was scheduled to face José Aldo on December 16, 2017 at UFC on Fox: Lawler vs. dos Anjos.[59] However, Aldo was pulled from the bout in favour of a rematch with Max Holloway two weeks earlier at UFC 218, replacing an injured Frankie Edgar.[60] Lamas instead faced Josh Emmett.[61] At the weigh ins, Emmett weighed in at 148.5 pounds, 2.5 pounds over the featherweight upper limit of 146 pounds and the bout proceeded at a catchweight. Emmett forfeited 20% of his purse to Lamas.[62] Lamas lost the fight via knockout in the first round.[63]

Lamas faced Darren Elkins on November 17, 2018 at UFC Fight Night 140.[66] He won the fight via TKO in the third round.[67] Shortly after the fight, Lamas revealed in a social media post that he had been fighting with a blood clot in his left leg and that he got blood thinning medication for the condition.[68]