Notice: Function WP_Scripts::localize was called incorrectly. The $l10n parameter must be an array. To pass arbitrary data to scripts, use the wp_add_inline_script() function instead. Please see Debugging in WordPress for more information. (This message was added in version 5.7.0.) in /var/www/wp-includes/functions.php on line 5835
 Cub Swanson - Ranking MMA 
Notice: A non well formed numeric value encountered in /var/www/wp-content/themes/mma-sport-magazine/inc/live-style.php on line 40 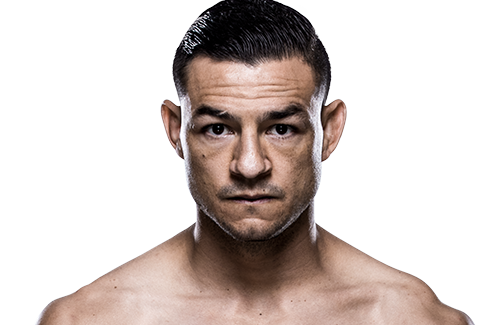 Swanson was born and raised mostly in Palm Springs, California. He had a Swedish-American father, a Mexican mother and four siblings. Swanson’s father died three months after he was born. Because of his mother’s heavy grieving, Swanson and his siblings were then adopted by a distant relative until his mother healed. The adoptive family was religious so Swanson spent most of his early life in church. Swanson was also home-schooled for most of his young life. However, when Swanson was 14, his adoptive parents divorced and he returned to his mother. He then went to Cathedral City High School, along with future boxer Timothy Bradley.[12]

As a teenager, Swanson associated himself with local gangs and participated in many streets fights. He also drank alcohol and took recreational drugs.[3] The police arrested Swanson and two of his friends for committing a house robbery. As a result, Swanson was placed in a juvenile detention center. He was released when he was 17 years old. At the age of 19, Swanson started working for United Cerebral Palsy, where he helped children with social disabilities.[4] Swanson started playing soccer from the age of four. He even thought of playing in the World Cup.[13][14] UFC fighter Joe Stevensoninvited Swanson to train with him, which he accepted. This marked Swanson’s transition into professional MMA.[15]

On July 25, 2004, Cub Swanson made his first professional fight. MMA was not sanctioned in California in 2004, so Swanson competed at Total Combat in Mexico. His opponent, Shannon Gugerty, submitted Swanson via Rear-Naked Choke. The fight lasted for just 30 seconds. Despite the loss, Swanson continued to compete in professional MMA fights. Swanson won nine fights before entering the WEC in 2007. This included a rematch with Gugerty in 2006. Other than TC, Swanson also competed in KOTC and BIB.

On his WEC debut on March 24, 2007, Swanson submitted Tommy Lee by guillotine choke. Swanson earned a disclosed pay of $6000. He next defeated Micah Miller at WEC 28 via unanimous decision. Swanson was scheduled to fight Jens Pulver in Pulvers 145lb debut, the fight was pushed back three months when Pulver sustained an injury in training camp; Swanson accused Pulver of trying to duck the fight, which Pulver denied. They finally met at WEC 31, with Swanson losing via guillotine choke. The fight only lasted 35 seconds and marked the end of Swanson’s eleven fight winning streak.

Hiroyuki Takaya took on Swanson on December 3, 2008, at WEC 37. Swanson won via unanimous decision. Both fighters earned the Fight of the Night honors.[16] This was Swanson’s first official WEC award.

WEC schedule Swanson to fight Diego Nunes on April 5, 2009, at WEC 40. Nunes withdrew from the fight days before the bout due to a hand injury.[17]

Swanson fought with José Aldo at WEC 41 on June 7. Just 8 seconds into the first round, Swanson lost by TKO via a double flying knee. Nevertheless, WEC gave Swanson a disclosed pay of $8940 Base.[18]

Swanson defeated John Franchi via submission on November 18 at WEC 44.[19] The fight earned Swanson his second Fight of the Night honor.[20] In his bout against Franchi, Swanson broke both of his hands.

WEC scheduled Swanson to fight WEC newcomer Chan Sung Jung.[21] Swanson withdrew from the card with an injury. He would be replaced by Leonard Garcia.[22]

On August 18, 2010, WEC 50, Swanson faced Chad Mendes.[23] Mendes came from a wrestling background. He took Swanson down multiple throughout the fight. Swanson lost via unanimous decision.

Swanson faced Mackens Semerzier next on November 11 at WEC 52.[24] He won the fight via split decision. The bout was an exciting back and forth affair that earned both fighters Fight of the Night honors.[25][26]

On October 28, 2011, WEC merged with Ultimate Fighting Championship. As part of the merger, most WEC fighter contracts transferred to UFC.[27]

After just over a year out of action, Swanson returned to face Ricardo Lamas on November 12 at UFC on Fox 1. Swanson was the last WEC fighter imported from the WEC/UFC merger to debut in the UFC.[32] He lost the fight via submission (arm triangle choke) in the second round.

In his second UFC fight, Swanson faced George Roop on January 28, 2012, at UFC on Fox: Evans vs. Davis.[33] Prior the fight, Swanson said “I just really want to smash this kid”. He boasted “I’m the more complete fighter and I have the tools to shut him down”. Swanson won the fight via TKO in the second round.

Swanson was expected to face Dennis Siver on February 16, 2013, at UFC on Fuel TV: Barao vs. McDonald.[38] However, Siver pulled out of the bout. Dustin Poirier took Siver’s spot.[39] Swanson won by unanimous decision.[40] As of March 2013, Swanson was ranked the #10 Featherweight in the world by Sherdog and ranked #5 within the UFC. Swanson’s bout with Dennis Siver was rescheduled for July 6, 2013, at UFC 162.[41] Swanson won via TKO in the third round.[42][43] The performance earned both participants Fight of the Night honors.[44]

Swanson next faced Frankie Edgar on November 22 at UFC Fight Night 57.[49][50] Prior the fight, UFC president Dana White promised that “If Cub Swanson wins this fight, we did tell him we would give him a title shot.” “All I know is that,” Swanson told Sherdog.com, “in my mind, I finish Frankie Edgar, that I’m getting that title shot. That’s all that’s on my mind.”.[51] Swanson lost the one-sided fight via submission in closing seconds of the fifth round.[52]

Max Holloway challenged Swanson on April 18, 2015 at UFC on Fox 15. Swanson was out-struck in the first two rounds. Holloway then set up a guillotine choke in the third round, forcing Swanson to tap out.[53] Following the fight, Swanson announced via Twitter that he had suffered a broken jaw and a broken right hand. The two-loss-streak made Swanson drop out as a title contender. “It’s really hard to explain,” said Swanson in an interview, “You want something so bad and it may come and it may not, you can go crazy doing all of that.”

Swanson faced Tatsuya Kawajiri on August 6 at UFC Fight Night 92.[56] “I’ve been around forever, he’s been around forever, so we’re both just looking for a win,” said Swanson in an interview.[57] During the fight, Swanson kneed Kawajiri to the head, which was illegal since Kawajiri was downed at the time. Referee John McCarthy paused the fight shortly but no points are deducted from Swanson. Swanson won the back and forth fight via unanimous decision.[58][59]

Swanson fought with touted prospect Doo Ho Choi on December 10 at UFC 206.[60] Cub Swanson won the fight via unanimous decision.[61] “I knew he (Choi) deserved the hype,” said Swanson during the post-fight interview, “but he made a mistake calling me out. I wanted to prove to everyone that I’ve still got it. Don’t write me off again.” Both participants were awarded Fight of the Night and later was awarded Fight of the Year at the World MMA Awards.[62][63]

Underdog Artem Lobov challenged Swanson to a fight on April 22 at UFC Fight Night 108.[18][64] Swanson won the fight via unanimous decision .[65][66] The fight broke the record for most significant strikes landed (209) in a UFC Featherweight bout and in a UFC Fight Night. It also came #4 in most significant strikes landed in a single bout. Subsequently, both participants were awarded a Fight of the Night awards. This was Swanson’s sixth Fight of the Night bonus. He broke his hand for the 10th time in his career.[67]

Swanson faced Brian Ortega on December 9, 2017 at UFC Fight Night 123.[68] He lost the back-and-forth fight via submission in the second round.[69] Despite the loss, Swanson earned his third consecutive (and fifth overall) Fight of the Night bonus award.[70] The fight with Ortega also marked the last bout of his contract and albeit taking offers from a variety of promotions, he decided to re-sign with the UFC due to consistent drug testing by USADA.[71][72]