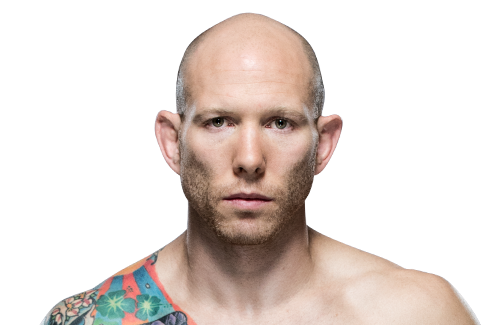 Emmett was born in Phoenix, Arizona in 1985. He studied psychology in college with the intentions of going into law enforcement and earned his Bachelor of Liberal Arts degree at Menlo College.[8] Emmett wrestled for 14 years; beginning at El Camino Fundamental High School and continuing through his college years.[9] Emmett wrestled his first two seasons at the junior college level before transferring to NAIA Menlo. After his collegiate career was over, he joined Urijah Faber’s Ultimate Fitness to continue his desire in competing in combat sports.[5] Emmett is also an accomplished Brazilian jiu-jitsugrappler, he won a world championship in the blue belt no-gi division.[5]

After compiling an amateur record of 2-0, Emmett started his professional MMA career on October 8, 2011 and made his debut in Capitol Fighting Championship as a Featherweight. He broke his hand in first round and continued with the fight and managed to earn his first win by unanimous decision.[6]

Emmett had a surgery on his broken hand and had a 10 month lay off from competing. He returned to training to prepare for his next fight and broken the same hand on his last sparring session prior to the fight event which forced him to take another long break before returning to the cage.[10]

After his first professional win, he made a move to compete in West Coast Fighting Championship (WFC) and made his debut on August 3 2013 against Mike Ryan, winning via guillotine choke in the first round.[6]

Emmett’s third opponent with West Coast Fighting Championship was Adin Duenas on February 15, 2014. He managed to secured a win via unanimous decision.[6]

Two months after the fight with Duenas, Emmettt faced Tramain Smith on West Coast Fighting Championship 9. He won the fight via TKO (punches) on round one.[6]

On September 13, 2014, Emmett was up against Tony Rios and judges awarded a win with unanimous decision in favour of Emmett.[11]

Emmett faced Brandon Ricetti on November 15, 2014 on West Coast Fighting Championship 12 in a five round fight for the lightweight title belt. On the fifth round Emmett loaded with punches, pressing Recetti to falling forward when Emmett hit Ricetti with a knee and Ricetti was KO. The fight was ruled a No Decision at first as Ricetti was grounded when he got kneed. However, the decision was overturned after review of the incident and a win was awarded to Emmett via unanimous technical decision. Emmett was crowned WFC Lightweight Champion.[12]

After the secured the championship belt, Emmett didn’t return to compete until almost one year later on October 3, 2015 at KOTC promotion, facing Rocky Johnson, Emmet showed off his submission skils and won the fight via arm-triangle choke.[13]

Emmett returned to fight in West Coast Fighting Championship promotion in Jan 23, 2016 against Christos Giagos, a former UFC fighter. Emmett secured a win via TKO on round 3.[14]

Emmett was on a 9-0 winning streak before joining UFC.[15]

Emmett made his promotional debut as a short notice replacement on May 8, 2016 against Jon Tuck at UFC Fight Night 87, where he replaced an injured Nick Hein,[16] [17][18] Emmett suffered a compound fracture on his left right finger from catching Tuck’s spinning back kick [19] and the fight was halted briefly by referee prior restarted. Emmett secured a win with split decision (29-28, 28-29, 29-28).[20]

On December 17, 2016, Emmett faced Scott Holtzman at UFC on Fox 22. The three round fight was a back and forth battle and judges awarded the win to Emmett via unanimous decision.[23]

Emmett faced Felipe Arantes in a featherweight bout on October 21, 2017 at UFC Fight Night 118.[25] He won the fight via unanimous decision.[26] Emmett dedicated this win to his friend’s son who has heart condition at age 11 and has gone through an experimental surgery.[27]

Emmett faced Ricardo Lamas on December 16, 2017 at UFC on Fox: Lawler vs. dos Anjos.[28] At the weigh ins, Emmett weighed in at 148.5 pounds, 2.5 pounds over the featherweight upper limit of 146 pounds and the bout proceeded at a catchweight. Emmett forfeited 30% of his purse to Lamas.[29] He won the fight via knockout in the first round.[30]

Emmett faced Jeremy Stephens at UFC on Fox 28, which took place on February 24, 2018 in Orlando, Florida.[31] Despite hurting Stephens in the first round, he lost the fight by knockout in the second round.[32] As a result, Emmett was sidelined for the remainder of 2018 after undergoing successful surgery to correct facial injuries sustained during the Stephens fight.[33]