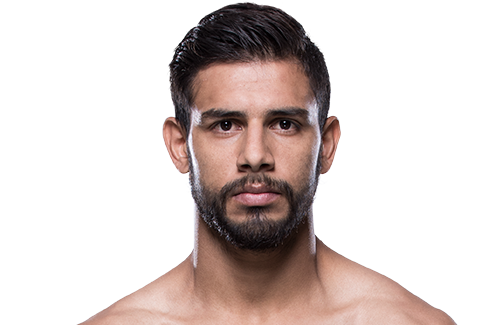 Rodríguez made his professional mixed martial arts (MMA) debut on October 10, 2011, at Mexican Fighter Promotions 8, when he fought Jonatan Guzmán and won via unanimous decision.[8] On March 10, 2012, he fought Carlos Ricardo at The Supreme Cage Fighting 1. He won via third round submission (triangle choke). Rodríguez then fought Luis Roberto Herrera on December 12, 2012, at Mexican Fighter Promotions 13. He lost via first round KO (punches). Rodríguez next faced Édgar Juárez on February 16, 2013 at Mexican Fighter Promotions 14. He won the fight via first round KO (flying knee). His final fight before he entered the UFC was against Angelo Durante on April 4, 2014 at NP: High Altitude Face Off 6. Rodríguez won the fight via first round submission (armbar).[9]

In May 2014, it was revealed that Rodríguez was a cast member of The Ultimate Fighter: Latin America, competing for “Team Velasquez“.[10]

For his second fight with the promotion, Rodríguez fought Charles Rosa on June 13, 2015 at UFC 188.[15] He won the fight by split decision.[16] Rodríguez then received his first Fight of the Night bonus award.[17]

Rodríguez next fought Alex Caceres on August 6, 2016 at UFC Fight Night 92.[23] He won the fight by split decision.[24] Both participants were awarded Fight of the Night honors.[25]

Rodríguez next faced returning veteran B.J. Penn on January 15, 2017 at UFC Fight Night 103.[26] Rodríguez won the fight via TKO in the second round. Afterwards, he was awarded a Performance of the Night bonus.[27][28]

On May 10, 2018, it was reported that Rodríguez was released from the UFC after allegedly declining two fights.[31][32] Three weeks later, Rodríguez announced that he and UFC officials worked out their differences and that he was back on the roster.[33]

He was expected to fight Zabit Magomedsharipov at UFC 228,[34] however, Rodríguez pulled out of the fight on August 23 citing injury.[35]

In late October, Rodríguez agreed to replace Frankie Edgar and fight Chan Sung Jung on November 10, 2018, at UFC Fight Night 139, after Edgar withdrew due to injury.[36] Rodríguez won the fight by knockout via reverse elbow at 4 minutes 59 seconds in the fifth round; the latest knockout in UFC history.[37][38] He was awarded the Fight of the Night and Performance of the Night awards[39], with the KO winning Knockout of the Year Awards from multiple major publications and outlets.