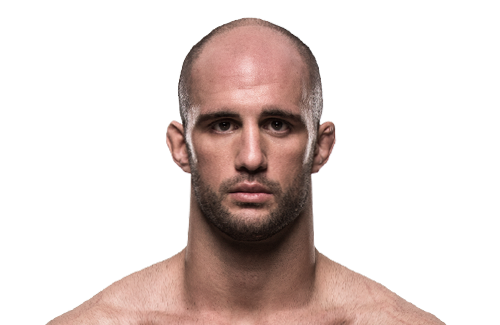 Oezdemir was born in the French-speaking part of Switzerland to a Kurdish father[5][6][7][8] and a Swiss mother. He befriended Alistair Overeem on a visit to the Netherlands while training at the Golden Glory gym. Oezdemir later competed in amateur and professional kickboxing, as well as Brazilian Jiu-Jitsu, before transitioning to mixed martial arts.[9]

Oezdemir made his professional MMA debut in 2010, and compiled a record of 9-0 before being signed by Bellator.

Oezdemir made his promotional debut at Bellator 105 on 25 October 2013, against Josh Lanier. He won via first-round TKO.

Oezdemir then dropped down to the Light Heavyweight division to face Kelly Anundson at Bellator 115 on 4 April 2014. He lost via neck crank submission in the second round.

Oezdemir was signed by the UFC in 2017, and made his promotional debut as a short notice injury replacement against Ovince St. Preux on 4 February 2017 at UFC Fight Night 104.[10] Oezdemir defeated St. Preux by split decision in the third fight of the main card.[11]

In his second fight for the promotion, Oezdemir faced Misha Cirkunov on 28 May 2017, at UFC Fight Night 109.[12] He won the fight via knockout just 28 seconds into the first round.[13]

Oezdemir next faced third ranked Jimi Manuwa on 29 July 2017, at UFC 214.[14] He won the fight via knockout in the fight’s opening minute and subsequently won a Performance of the Night bonus.[15][16]

Oezdemir faced Daniel Cormier on 20 January 2018 at UFC 220 for the Light Heavyweight Championship.[17] He lost the fight in the 2nd round by TKO.[18]

Oezdemir faced Anthony Smith on 27 October 2018 at UFC Fight Night 138.[24] He lost the fight via a rear-naked choke submission in the third round.[25]