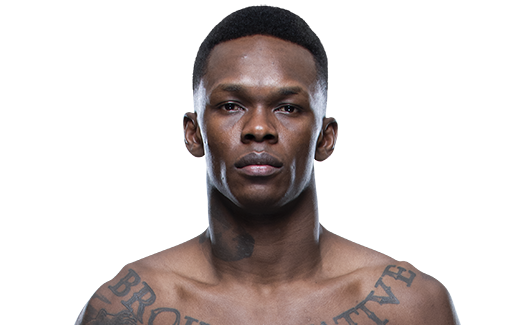 Adesanya was born in Lagos, Nigeria. He trained taekwondo for a brief time in his youth but was removed by his mother after breaking his arm. At the age of 13, he moved to Rotorua, New Zealand[4] and attended Rotorua Intermediate.[5] He started training in kickboxing at age 18 after being inspired by the Muay Thai film Ong-Bak and went on to amass an amateur kickboxing record of 32-0 prior to moving and fighting in China.[6][7]

At the age of 21, Adesanya relocated to Auckland, New Zealand and began training at City Kickboxing with other established fighters such as Kai Kara-France and Dan Hooker.[8]

Adesanya made his professional debut in 2012. Fighting in Hong Kong, Australia and China over the next five-and-a-half years, he amassed a record of 11-0 with all wins coming via KO/TKO prior to being signed by the UFC.[9]

In December 2017, it was announced that Adesanya had signed with the UFC. He made his debut against Rob Wilkinson on February 11, 2018 at UFC 221.[10] He won the fight via TKO in the second round.[11] This win earned him the Performance of the Night bonus.[12]

Adesanya faced Brad Tavares on July 6, 2018 at The Ultimate Fighter 27 Finale.[15] Adesanya won the one-sided fight via unanimous decision.[16] This win earned him the Performance of the Night award.[17]

Adesanya faced Derek Brunson on November 3, 2018 at UFC 230.[18] He won the fight via technical knockout in round one.[19] This win earned him the Performance of the Night award.[20]