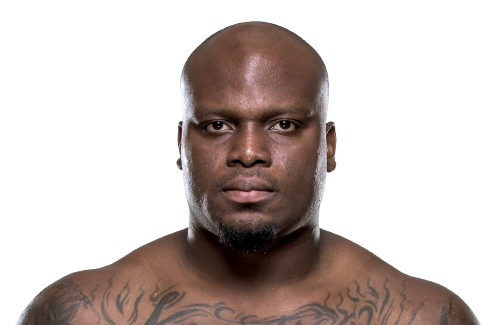 Born and raised as one of seven siblings, the second oldest, by a single mother in New Orleans, Louisiana, Lewis was troubled growing up and was often involved in street fighting.[4] In 1999, Lewis and his family relocated to Houston, Texas. At the age of 17, Lewis began training in boxing and was preparing for his first amateur fight when the gym unexpectedly shut down.[5] Two weeks after graduating from high school, Lewis was charged with aggravated assault, and was placed on probation. Two years later, while attending Kilgore College on a full scholarship for football, Lewis violated his probation and was sentenced to five years in prison, but ended up serving three and a half.[6] A week after being released, Lewis was introduced to mixed martial arts by a friend and, while working as a tow-truck driver, continued with boxing under the tutelage of George Foreman. However, after dominating in his first professional mixed martial arts fight, Lewis decided to focus on mixed martial arts.[5]

Lewis began his journey in MMA in late 2009, when he made his debut as an amateur against Jay Ross at LSAMMA on October 16, 2009. He lost the fight via TKO (doctor stoppage). He then faced Tim Buchanan at the United States American Combat Association event on January 30, 2010. He won via TKO.[7]

After turning professional in 2010, Lewis would compile a fight record of 4-1 before signing with Bellator Fighting Championships in May 2010.

Lewis was scheduled to make his promotional debut at Bellator 45 on May 21, 2011, against Brazilian Thiago Santos. However, the bout was cancelled when Santos had to pull out due to an injury.[8]

Lewis compiled a record of 6-0 with one no contest after leaving Bellator, most notably winning and successfully defending the Legacy FC Heavyweight Championship. He was then signed to the UFC.

Lewis was scheduled to make his promotional debut against Nandor Guelmino at UFC Fight Night: Condit vs. Kampmann 2 on August 28, 2013.[11] However, the bout was cancelled as Lewis had to pull out due to an injury.[12]

In his second fight for the promotion, Lewis faced Guto Inocente at The Ultimate Fighter 19 Finale on July 6, 2014.[15] He won the fight via KO in the first round.[16]

Lewis next had a rematch with Shawn Jordan on June 6, 2015, at UFC Fight Night 68.[21] In their first encounter on the regional circuit in 2010, Lewis lost by unanimous decision.[22] Lewis lost the fight via TKO in the second round.[23]

Lewis was expected to face Anthony Hamilton on October 3, 2015, at UFC 192.[24] However, Hamilton was forced out of the bout with an injury and replaced by Viktor Pešta.[25] He won the fight via TKO in the third round.[26]

Lewis was expected to face Marcin Tybura on October 15, 2016, at UFC Fight Night 97.[33] However, the promotion announced on October 6 that they had cancelled the event entirely.[34][35]

Lewis faced Shamil Abdurakhimov on December 9, 2016, in the main event at UFC Fight Night 102.[36] After losing the first three rounds, he won the fight by TKO in the fourth round.[37]

Lewis faced Travis Browne on February 19, 2017, in the main event at UFC Fight Night 105.[38] He won the fight via knockout in the second round.[39] Both participants were awarded Fight of the Night for their performance.[40]

Lewis faced Mark Hunt on June 11, 2017, in the main event at UFC Fight Night 110. He lost by TKO in the fourth round.[41] Despite the loss, the win earned Lewis his second consecutive Fight of the Night bonus award.[42] After the loss, during his post-fight interview, Lewis announced that he was likely retiring from mixed martial arts.[43] Later in the month, Lewis revealed that he ultimately decided to continue fighting.[44]

Lewis faced Alexander Volkov on October 6, 2018, at UFC 229.[52] After being behind on the judges’ scorecards and visibly hurt multiple times, Lewis knocked Volkov down and subsequently finished the fight with follow up punches in the closing seconds of the bout.[53] This win earned him the Performance of the Night award.[54]

Lewis faced Daniel Cormier for UFC Heavyweight Championship on November 3, 2018, at UFC 230. He lost the fight by rear-naked choke in the second round, marking the first time he’s been submitted in a professional MMA fight.[55]

Lewis signed a new contract with the UFC after the title shot.[56] As the first fight of his new contract, Lewis faced Junior dos Santos in the main event of UFC on ESPN+ 4 on March 9, 2019.[57] He lost the fight via TKO in the second round.[58] This fight earned him the Fight of the Night award.[59]