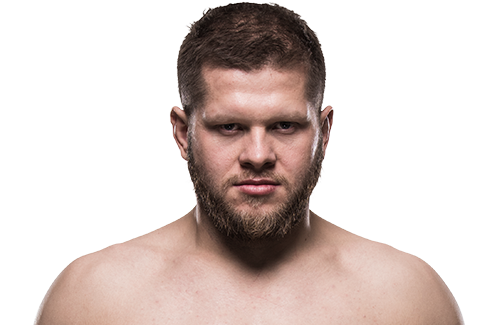 Tybura began training in 2006 after a friend introduced him to the sport. Within weeks, he began feeling the urge to compete. However, he would not make his professional debut until several years later.[4]

He earned a master’s degree at the University of Łódź.

Tybura made his professional MMA debut November 5, 2011 with a submission victory over Robert Marcok. The bout was part of the Polish MMA Championships. He would win both fights of this one-night tournament.

Tybura’s first six fights as a professional would take place within Poland, following which he signed on with notable MMA promotion M-1. At M-1 Challenge 42 on October 20, 2013 he would defeat Konstantīns Gluhovs to win the M-1 Grand Prix 2013, which had begun in February of that year. On August 15, 2014 he would meet another future UFC heavyweight, Damian Grabowski, for the M-1 heavyweight title.[5] Tybura would win the fight via a North-South choke.

Tybura made his promotional debut April 10, 2016 against Timothy Johnson at UFC Fight Night 86.[7] He lost the fight via unanimous decision.[8]

Tybura next faced Viktor Pesta on August 6, 2016 at UFC Fight Night 92. He won the fight via KO (head kick), earning a Performance of the Night bonus in the process.[9]

Tybura was supposed to face Mark Hunt on November 19, 2017 at UFC Fight Night: Hunt vs. Tybura.[13] On October 11, 2017, Hunt was pulled from the fight by UFC officials citing “medical concerns” on recent Hunt’s first person interview statement, and Hunt was replaced by Fabrício Werdum.[14] He lost the fight via unanimous decision.[15]