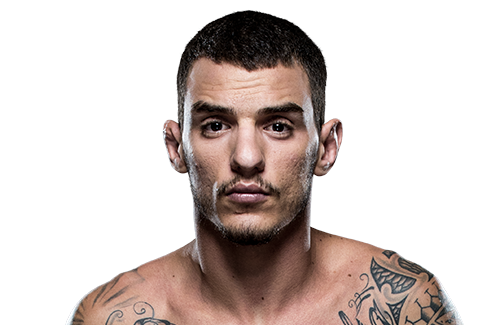 After an undefeated professional record in eight fights, Moicano faced Ismael Bonfim for the interim Jungle Fight Featherweight Championship. He won the fight via submission in the first round.[8]

On December 12, 2014 it was announced that Moicano signed with the UFC,[9] and was scheduled to replace Rony Jason against Tom Niinimäki on 10 days notice at UFC Fight Night: Machida vs. Dollaway.[10] He won the fight via submission in the second round.[11]

Moicano later was scheduled to fight Mirsad Bektic on May 30, 2015 at UFC Fight Night: Condit vs. Alves,[12] but he pulled off the bout due to an injury and was replaced by Lucas Martins.[13]

On March 14, 2016 it was announced that Moicano would face Zubaira Tukhugov at UFC 198.[14] for his second UFC appearance. He was the underdog to the fight but won via split decision.[15]

Moicano was expected to face Mike De La Torre on September 24, 2016 at UFC Fight Night 95,[16] but was forced to pull out with injury and was replaced on short notice by Godofredo Pepey.[17]

Moicano faced Brian Ortega on July 29, 2017 at UFC 214.[20] He lost the fight via submission in the third round.[21] This fight earned Fight of the Night bonus.[22] After the fight with Ortega, Moicano moved from Brazil to United States in order to train at the American Top Team.[3]

Moicano was scheduled to face Mirsad Bektic on December 8, 2018 at UFC 231; however, it was reported on 15 November, 2018 that Bektic was forced to pull out of the bout due to a undisclosed injury and the bout was cancelled.[28]