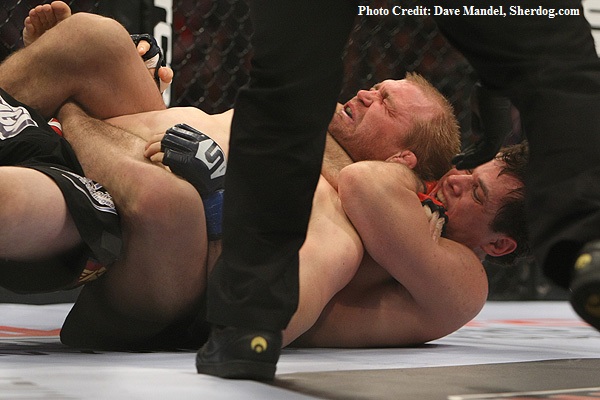 2012 Forecast:
Roger Gracie was thought to be the Gracie Family’s best hope at churning out a mixed martial arts champion, but following a devastating knockout loss to Muhammed Lawal in 2011, those hopes are now in serious doubt. Roger Gracie will surely go down as one of the greatest grapplers in BJJ history. Gracie’s striking still lags far behind the necessary requirements needed to compete at the highest levels of the sport. He does have a decent jab, but as Lawal showed that is simply not enough in this day and age. Gracie has the tools to beat anyone in the division if he gets the fight to the ground. Demian Maia found very similar success before running into Nate Marquardt and eventually Anderson Silva. Gracie has to evolve to be a champion. It remains to be seen what choice Gracie will make regarding his career aspirations. He has all the potential in the world to be a star in the UFC, but he has to be willing to put his grappling career behind him, so his attention is not split in two different ways. Gracie could retire today and teach BJJ for the rest of his life, but he has voluntarily chosen to test himself in MMA. His desire to fight should not be questioned, but his mindset that he can be a champion by just getting by with his BJJ should be.