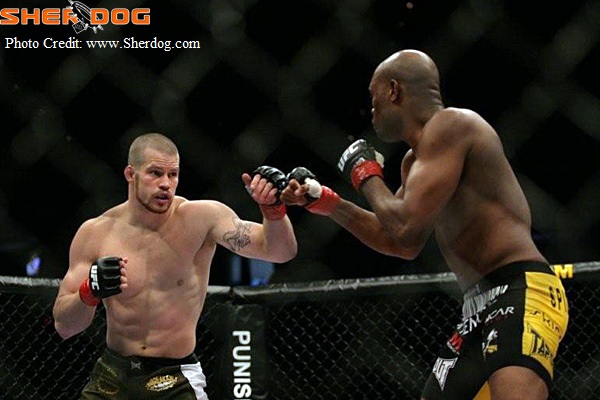 2012 Forecast:
Nate Marquardt is the #1 welterweight free agent despite him competing at middleweight for the majority of his MMA career. Marquardt has claimed that welterweight is his new weight class, regardless of his past successes at 185. Marquardt’s career has taken quite a hit in recent months due to his UFC release and failure to receive medical clearance. Prior to the controversy, Marquardt was considered an elite fighter based on his past success in the Pancrase promotion before making his way to the UFC in 2005. Marquardt went 10-4 in the UFC middleweight division, having fought for the UFC middleweight championship in 2007. Marquardt was on a recent 5-2 run in the UFC, but lost consecutive #1 contender fights against Chael Sonnen and Yushin Okami. Marquardt announced his move to the welterweight division in 2011, despite the fact that his training partner Georges St.Pierre was the current champion. Marquardt was set to make his welterweight debut against rising contender Rick Story, but Marquardt was pulled from the fight just hours before their main event contest. Marquardt was unable to pass his medicals due and was soon released by the UFC. Marquardt was not on suspension and eventually signed with BAMMA.
Marquard’ts viability as a welterweight contender looked promising, though he was already a huge muscle-bound middleweight. Marquardt is an explosive striker with solid finishing skills. Marquardt is as well-rounded as they come, though he has struggled against superior wrestlers. Marquardt is unlikely to return to the UFC anytime soon, but Bellator or Strikeforce could be legitimate options in the future.