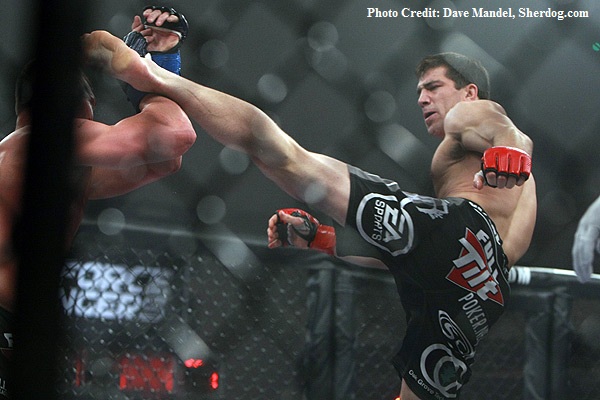 2012 Forecast:
Luke Rockhold is currently the Strikeforce middleweight champion after he defeated Ronaldo “Jacare” Souza in a razor-thin 5-round decision. Rockhold is 7-0 in the Strikeforce promotion with wins over “Jacare”, Paul Bradley, and Jesse Taylor. Rockhold was not really a household name until being surprisingly elevated into title contention despite being sidelined for over 18 months. Strikeforce was out of contenders for “Jacare” after he defeated Tim Kennedy and Robbie Lawler, thus the reasoning for Rockhold’s sudden ascension. Rockhold did not disappoint, showing off an rapidly improving striking game to match his overall athleticism and submission talents.
Rockhold will likely defend his title against Kennedy, but after that it will be anyone’s guess as to what the future holds for Rockhold. He could possibly make his way over to the UFC or continue to defend his belt against upcoming Strikeforce challengers. Rockhold still has a bit to prove as to whether he would be an immediate title contender in the UFC. Kennedy should provide Rockhold with a solid challenge and will give fans a better idea as to Rockhold’s overall skill level against top competition.