Notice: Function WP_Scripts::localize was called incorrectly. The $l10n parameter must be an array. To pass arbitrary data to scripts, use the wp_add_inline_script() function instead. Please see Debugging in WordPress for more information. (This message was added in version 5.7.0.) in /var/www/wp-includes/functions.php on line 5835
 Jon Jones - Ranking MMA 
Notice: A non well formed numeric value encountered in /var/www/wp-content/themes/mma-sport-magazine/inc/live-style.php on line 40 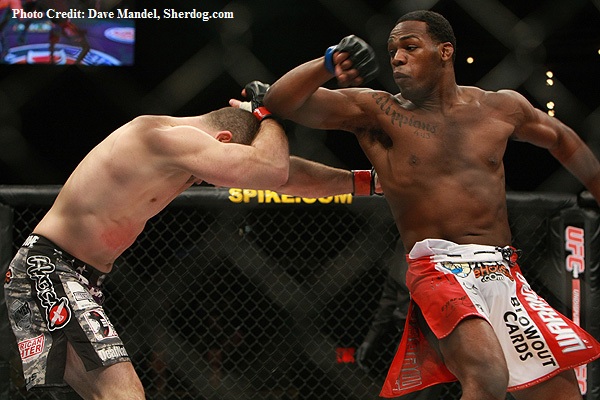 Background:
Jon Jones is the reigning UFC light heavyweight championship and may one day be considered the greatest mixed martial artist ever to compete in the sport. Jones, at just 23 years old, defeated 3 former UFC champions in 2011, instantly propelling him to one of the top p4p fighters in the world. Jones began his MMA career in 2008 following a brief amateur wrestling career on the community college scene. Jones won his first 6 fights, finishing all of his opponents before signing with the UFC as a virtually unknown prospect in 2008. Jones made a successful debut against Andre Gusmao at UFC 87 before taking a significant step up in competition against TUF 1 runner-up Stephan Bonnar. Jones stunned fans by decimating Bonnar with spinning elbows and monstrous slams, taking home a one-sided unanimous decision victory. Jones continued to move up the light heavyweight ranks as he submitted Jake O’Brien at UFC 100. Jones’ next fight would end in controversy as he suffered his first career loss to Matt Hamill. Jones looked to be just a few moments away from a dominating finish of Hamill with ground ‘n’ pound, but he landed a couple of illegal elbows that forced the referee to immediately stop the fight and rule Hamill the winner via disqualification. Jones returned with a vengeance by taking out veterans Brandon Vera and Vladimir Matyushenko with 1st round TKO victories. Jones seemed to nearing title contention as he faced off with fellow top prospect Ryan Bader at UFC 126. Jones proved himself to be the superior fighter, submitting Bader in the 2nd round. Following the fight, Jones was stunned to learn that he would challenge Shogun Rua for the UFC light heavyweight championship after Jones’ teammate and #1 contender Rashad Evans was injured during training. Jones stepped in on short notice and easily took out the champ, battering Rua with big strikes and ground ‘n’ pound for the Tko finish. Jones stayed active, defending his title twice in 2011, as he finished former champions Quinton “Rampage” Jackson and Lyoto Machida.

2011 Breakdown:
Jon Jones achieved one of the most impressive years in mixed martial arts history as he went 4-0, capturing the UFC light heavyweight championship and successfully defending it twice against former UFC champions.
Jones squared off against TUF 8 winner and fellow rising prospect Ryan Bader at UFC 126. Bader tried pressing the action early, but Jones stayed calm and eventually took top position on the floor following an unsuccessful guillotine attempt by Bader. Bader got back to his feet, but Jones soon scored another takedown to finish the round. In the 2nd, Jones tried to push the pace and began connecting with leg kicks. Jones eventually got the fight back to the ground where he locked on a guillotine that elicited a quick tap out from Bader. Following the win, Jones was told he would be fighting for the title at UFC 128 as UFC light heavyweight champion Mauricio Rua’s original opponent, Rashad Evans, had been forced off the card due to injury.
Jones faced Rua on just 6 weeks notice, but delivered a stunningly one-sided demolition of Rua. Jones was too fast and agile for Rua as he scored a takedown early and landed some solid elbows from the top. Rua got back to his feet, but Jones continued to connect with solid strikes as the 1st round came to a close. In the 2nd, Shogun tried to push forward again, but Jones easily picked him apart with strikes. Jones eventually got Rua down where he landed some more elbows. Jones finally finished Rua in the 3rd round as he repeated his dominance. Rua finally collapsed from Jones’ huge strikes as Jones was crowned the new UFC light heavyweight champion.
Jones’ first title defense was supposed to be against former training partner and now bitter rival Rashad Evans at UFC 133, but Jones injured his hand and was unable to fight.
Jones was surprisingly back to normal a few weeks later as he agreed to face Quinton Jackson at UFC 135. Jones once again proved to be too fast and rangy for his competition as he scored with leg kicks and kept Jackson continually stifled in confusion as to how to attack him. Jones continued to dominate the fight in the 3rd and 4th rounds as Jackson did little offensively while Jones patiently looked to counter with kicks and spinning attacks. Jones briefly took Rampage down in the 3rd where he took full mount, but Jackson eventually got back to his feet. Jones finished Rampage off in the 4th round as he landed a solid left hand before taking him down to the floor. Jones quickly took Rampage’s back and choked him out for the submission victory.
Jones was set to finally face off against Evans at UFC 140, but Evans was injured, forcing the UFC to replace him with former UFC light heavyweight champion Lyoto Machida. Machida, more than held his own early as he landed some solid strikes with his flurrying attacks. Machida avoided most of Jones’ spinning strikes and likely won the 1st round, which quite possibly may have been the only round Jones had ever lost in his UFC career. Jones showed a little more urgency in the 2nd, eventually bringing Machida down to the floor. Jones thundered down a few elbows, one of which cut Machida. Machida worked his way back to his feet, but was soon trapped in the clinch as Jones connected on a solid left hand before sinking in the standing guillotine for the submission victory.

2012 Forecast:
Jon Jones may go down as the greatest light heavyweight of all-time. There has never been a fighter develop as rapidly as Jones has from promising prospect to dominant champion. Jones’ size, reach, striking, wrestling, and submissions simply make him a nightmare for opponents. Jones has hinted at moving up to the heavyweight division in a few years as his body continues to fill out. Jones’ only threat of losing would likely come from a high-level wrestler that can negate Jones’ reach advantage and finishing skills. Jones’ size makes it difficult for him to add any further muscle, so defending the takedown looks to be the only opening an opponent may have. Jones should develop into the UFC’s top star, though it seems as if he has rubbed many fans the wrong way during his rise to the top. His lack of respect and sportsmanship for his opponents has become an issue in his most recent title fights.