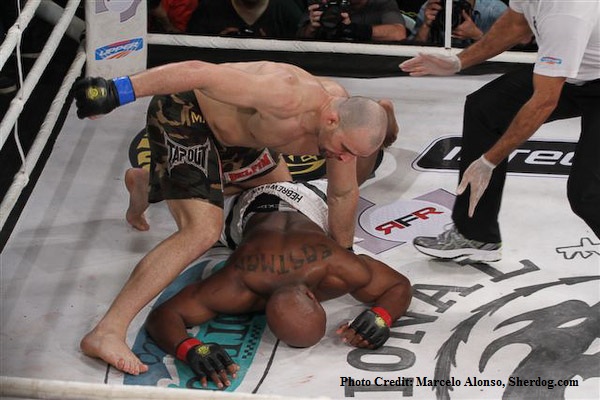 2012 Forecast:
Glover Teixeira is unquestionably the top light heavyweight free agent currently on the market. Teixeira would have likely been signed long ago, but he has struggled with visa issues for nearly 3 years. Teixeira decided to rack up victories in Brazil instead of waiting out his problems. His last 4 wins have come against UFC veterans as Teixeira finished them all via submission or strikes. Glover has won his last 15 fights overall, all via finish, highlighted by victories over Sokoudjou, Marcio Cruz, and Ricco Rodriguez. Teixeira has hinted that his visa issues are coming to a close and that he will be signing with a big promotion soon. The UFC will likely be Glover’s promotion of choice as he looks to bring his knockout power and solid BJJ skills stateside. Glover should be an instant contender in the UFC light heavyweight division. His last loss came way back in 2005 to current UFC middleweight Ed Herman. Teixeira has fared well as of late against bigger wrestlers and grapplers, so the only question mark will likely come down to his conditioning. It is not out of question for Glover to reach title contender status within the next year as the current regime of the UFC light heavyweight division are getting up there in age.