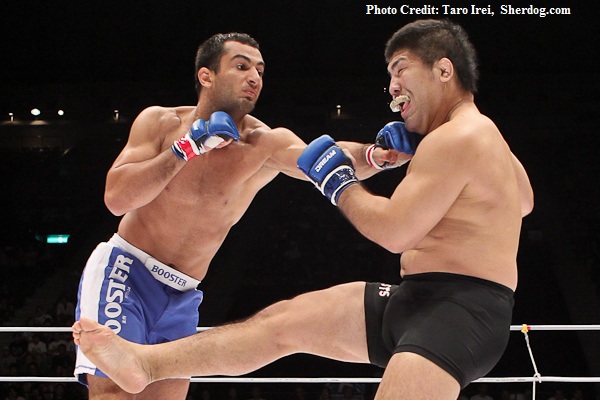 2012 Forecast:
Gegard Mousasi’s passive and calm nature in and out of the cage have come to resemble that of Fedor Emelianenko, though Mousasi’s career still has a ways to go before he ever reaches the levels of which Fedor attained. Mousasi has proven that he is a force in the light heavyweight division, but he has done himself no favors by resisting the opportunity to fight in the UFC over the last few years. Mousasi still has boxing aspirations and he may forever evade fighting the top fighters in the UFC light heavyweight division in order to maintain his ability to compete outside of the cage. Mousasi ‘s run in Strikeforce has been met with mixed success. He scored dominating wins over Renato “Babalu” Sobral and Sokoudjou, but struggled at times with his takedown defense and conditioning as he lost his first fight in nearly 4 years to Muhammed Lawal in 2010. Mousasi seemed content to fight off his back for the majority of the title fight, and though Mousasi landed the better offense, he seemed to lack any sense of urgency of getting up off the floor.
It is hopefully a lesson learned for Mousasi because there will be a host of high-level wrestlers should he fight in the UFC. With UFC champion Jon Jones running out of potential title contenders, Mousasi seems to have the skills to conceivably give Jones a solid challenge. Yet, the question remains how much Mousasi truly wants to commit himself to being the best mixed martial artist in his division.