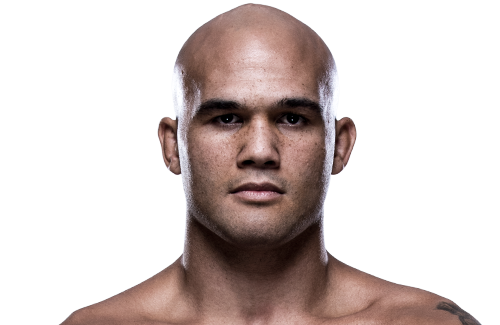 Lawler was born in San Diego, California, and is of English and Filipino heritage. He moved to Bettendorf, Iowa at the age of ten to live with his father, who served in the Marines. Lawler began training in karate at the age of ten and later attended Bettendorf High School where he received All-State honors in wrestling and football. Lawler was taken under the wing of Pat Miletich when he was 16 years old and began training with Miletich Fighting Systems as soon as he graduated in 2000.[4]

Lawler made his professional debut in 2001 and won his first four career fights all by TKO/KO, his second fight being in the IFC.

Lawler made his UFC debut at UFC 37 against veteran Aaron Riley. Lawler won the bout via unanimous decision. Lawler fought again in the next month against Steve Berger at UFC 37.5 and won via TKO. In his next fight, Lawler faced another veteran, Tiki Ghosn at UFC 40 and won in a highlight-reel knockout. Lawler then fought against Pete Spratt at UFC 42and lost after he submitted due to a hip injury. Lawler came back to get a win over fellow boxing and wrestling specialist Chris Lytle via unanimous decision at UFC 45.

Lawler then fought at SuperBrawl in Hawaii, defeating Falaniko Vitale via knockout to become the SuperBrawl Middleweight Champion. Lawler then made his debut for King of the Cage and won via armbar submission.

In his next bout and first title defense, Lawler lost to Jason “Mayhem” Miller via arm-triangle choke submission.

Lawler then made his PRIDE debut in Las Vegas, Nevada against Joey Villasenor at PRIDE 32 and won via knockout.

In his next fight, Lawler made his IFL debut in Atlanta, Georgia against Eduardo Pamplona and won via TKO.

Lawler was scheduled to fight Kala Hose for the ICON Sport Middleweight Championship on December 15, 2007 in Honolulu, Hawaii, Lawler however pulled out of the fight due to an injury. After pulling out again due to the same circumstances, ICON Sport stripped Lawler of the middleweight title on February 9, 2008 for failing to defend the title.[5]

Lawler defended his EliteXC Middleweight Championship against Scott Smith at EliteXC: Primetime on May 31, 2008, at the Prudential Center in Newark, New Jersey, which ended in a no contest after Smith caught an accidental finger in the eye from Lawler.[6]

On July 26, 2008, Lawler and Scott Smith had their rematch at EliteXC: Unfinished Business. Lawler defeated Smith by TKO in the second round.

After defeating Scott Smith, Lawler’s employers, EliteXC, announced that they would be shutting down and filing for bankruptcy. Lawler’s contract was picked up by Strikeforce with his first bout under the Strikeforce banner on June 6, 2009 against Jake Shields. The bout was fought at a catchweight of 182 lb. Lawler lost via submission due to a guillotine choke at 2:02 of the first round.

Lawler faced K-1 veteran Melvin Manhoef on January 30, 2010 at Strikeforce: Miami.[7] During the bout, Lawler suffered significant damage to his leg which Manhoef inflicted using leg kicks. In dramatic fashion, Lawler came back to win by knockout late in the first round with an overhand right.

Lawler was expected to face Jason Miller on June 16, 2010 at Strikeforce: Los Angeles but Lawler instead faced former Strikeforce Light Heavyweight ChampionRenato Sobral in a 195 lbs. Catchweight bout.[8] Lawler had two unsuccessful attempts to meet the 195 lbs mark at the Strikeforce: Los Angeles Weigh Ins, but was finally booked for the fight weighting 195.5 pounds, after stepping on the scale for the third time. Sobral defeated Lawler via unanimous decision. Sobral utilized his reach advantage and grappling expertise to defeat the much smaller Lawler.[9]

Lawler faced Strikeforce Middleweight Champion Ronaldo Souza on January 29, 2011 at Strikeforce: Diaz vs. Cyborg.[12] Lawler rocked Souza in the first round but ended up losing the fight via submission in the third round.

Lawler returned and faced Tim Kennedy at Strikeforce: Fedor vs. Henderson. He lost the fight via unanimous decision, being dominantly controlled throughout the fight on the floor by Kennedy.

Lawler got back on track with a highlight reel first-round TKO victory due to a flying knee over rising prospect Adlan Amagov at Strikeforce: Rockhold vs. Jardine.

Lawler next faced Lorenz Larkin at Strikeforce: Rockhold vs. Kennedy on July 14, 2012.[13] He lost the fight via unanimous decision, despite rocking Larkin early in the first round with a short right hook. He left Miletich Fighting Systems after this loss and joined Florida-based gym American Top Team.

Lawler returned to the Welterweight division and faced Josh Koscheck on February 23, 2013 at UFC 157.[14] He won via first-round TKO. Koscheck visibly protested the stoppage, but replay footage showed he was not defending himself in a dangerous position, as Lawler landed repeated blows. The finish earned him the Knockout of the Night bonus.

Lawler was expected to face former Strikeforce Welterweight Champion Tarec Saffiedine on July 27, 2013 at UFC on Fox 8.[15] However, Saffiedine was forced out of the bout with an injury and was replaced by Siyar Bahadurzada.[16] Then on July 11, it was announced that Bahadurzada also pulled out of the bout and was replaced by Bobby Voelker.[17] Lawler won the fight via knockout in the second round.

Lawler next faced Rory MacDonald at UFC 167.[18] He won the fight via split decision.

On December 13, 2013 news came that Georges St-Pierre would be taking an indefinite break from MMA and vacate the UFC Welterweight Championship.[19]Following the announcement, Dana White announced that Lawler would face Johny Hendricks on March 15, 2014 at UFC 171 for the vacated title.[20] Lawler lost the close back-and-forth bout via unanimous decision. Despite the loss, the fight earned Lawler his first Fight of the Night bonus award.[21]

Returning quickly to the cage, Lawler replaced an injured Tarec Saffiedine and fought Jake Ellenberger at UFC 173 on May 24, 2014.[22] He won the fight via TKO in the third round due to a combination of a knee and punches.

Lawler faced Matt Brown in a 5-round Welterweight title eliminator bout on July 26, 2014 at UFC on Fox 12.[23] He won the fight via unanimous decision. The win also earned him a Fight of the Night bonus award.[24]

Lawler fought a rematch with Johnny Hendricks for the UFC Welterweight Championship at UFC 181 on December 6, 2014.[25] He won the fight, and the title, via split decision.[26]

A rematch with Rory MacDonald took place on July 11, 2015 at UFC 189.[27] Lawler retained his title in the fifth round via TKO.[28] The back and forth action earned both participants Fight of the Night honors.[29] The fight was considered an instant classic by fans and media alike with UFC President Dana White hailing it as one of the best welterweight fights in the promotion’s history.[30] The fight was chosen as the Sherdog Fight of the Year for 2015.[31]

Lawler was expected to face Carlos Condit on November 15, 2015 at UFC 193.[32] However, the bout was scrapped from the event after Lawler suffered a thumb injury.[33] The fight was rescheduled as the headliner at UFC 195 on January 2, 2016.[34] Lawler defended his title, and defeated Condit via split decision in a very close fight.[35] [36] The bout also earned Lawler his fourth Fight of the Night bonus award.[37]

Lawler was briefly linked to a bout with Donald Cerrone on November 12, 2016 at UFC 205.[40] However, just a few days after the announcement, it was revealed that Lawler had declined the fight to allow more recovery time from his last defeat.[41] He was replaced by The Ultimate Fighter: Team Jones vs. Team Sonnen middleweight winner Kelvin Gastelum.[42]

Lawler was expected to face Cerrone on July 8, 2017 at UFC 213.[43] However, reports began to circulate on June 28 that Cerrone had sustained a minor injury and that the pairing would be left intact, but is expected to take place three weeks later at UFC 214.[44] UFC President Dana White confirmed later that same day that Cerrone in fact had a staph infection and a pulled groin.[45]

Lawler faced Cerrone on July 29, 2017 at UFC 214.[46] He won the fight via unanimous decision.[47] In the post fight interview, Lawler dedicated his win to Matt Hughes, who was involved in a truck accident in June 2017 and was then recovering from serious injuries.[48]

Lawler faced UFC newcomer Ben Askren on March 2, 2019, at UFC 235.[53] Although Lawler looked to have the upper hand on Askren early on in the fight, he eventually lost the fight due to a bulldog choke.[54] The ending of the fight was controversial because referee Herb Dean stopped the fight thinking that Lawler had passed out when this may not have been the case; Lawler had signaled Dean with a thumbs up while the choke was locked, and jumped up fully conscious straight after the stoppage. Despite that, Nevada State Athletic Commission director Bob Bennett was in full support of Dean’s decision to stop the fight.[55]