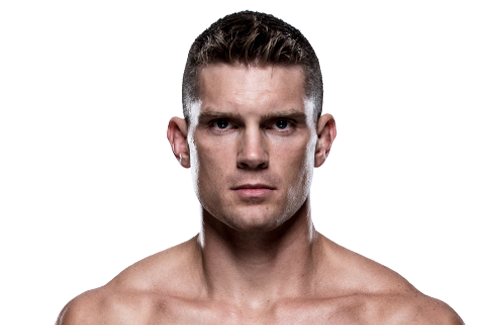 Growing up in a martial arts family where Thompson’s father, Ray Thompson, who was a professional kickboxer and owned Upstate karate school in South Carolina,[11] Thompson started training at age of three, under his father’s guidance. He started competing in kickboxing and karate at the age of 15.[12]

Thompson is the Head Instructor of the children’s karate program at Upstate Karate in Simpsonville, South Carolina. He is the oldest son of Ray Thompson, who is his trainer and manager. Thompson graduated from high school in 2001. He has been studying martial arts since his pre-teens and holds black belt ranks in Tetsushin-ryū Kempo,[3] American Kickboxingand Jujutsu.[3] He studies Brazilian Jiu-Jitsu under Carlos Machado who is also his brother-in-law.

In 2006, Thompson was the #1 ranked fighter in Chuck Norris’ World Combat League.

Thompson has performed along with his father at the Peace Center for the Performing Arts in the “Athletes Project”, and has appeared in several TV commercials.

Thompson fought Raymond Daniels in a highly anticipated bout. Thompson lost the bout by technical knockout due to a knee injury he suffered that left him unable to continue. However, this was later overturned into a no contest.[13]

Thompson was expected to face Justin Edwards on February 4, 2012, at UFC 143, replacing an injured Mike Stumpf.[14]However, Edwards was forced out with an injury and replaced by Dan Stittgen.[15] Thompson won the fight via KO in the first round after landing a flush head kick. For his performance, Thompson was awarded Knockout of the Night honors.

Thompson was expected to face Besam Yousef on November 17, 2012, at UFC 154.[17] However, Thompson was forced out of the bout with a knee injury and was replaced by Matthew Riddle.[18]

Thompson faced Robert Whittaker on February 22, 2014, at UFC 170.[22] He won the bout via first-round technical knockout.[23] The win also earned him his first Performance of the Night bonus award.[24]

Thompson was expected to headline against Brandon Thatch on February 14, 2015, at UFC Fight Night 60.[26] However, Thompson pulled out of the fight on January 30, citing a rib injury and was replaced by former UFC Lightweight Champion Benson Henderson.[27]

Thompson faced Jake Ellenberger on July 12, 2015, at The Ultimate Fighter 21 Finale.[28] He won the fight via KO in the first round and earned a Performance of the Night bonus.[29][30]

Thompson was expected to face Neil Magny on January 2, 2016, at UFC 195.[31] However, Magny was tabbed as an injury replacement for Matt Brown and instead faced Kelvin Gastelum on November 21, 2015, at The Ultimate Fighter Latin America 2 Finale.[32] In turn, Thompson was removed from the card and rebooked to face former champion Johny Hendricks on February 6, 2016, at UFC Fight Night 82.[33] He won the bout via TKO in the first round.[34] The win also earned Thompson his third Performance of the Night bonus award.[35]

Thompson fought for the UFC Welterweight Championship at UFC 205, where he faced reigning champion Tyron Woodley.[38] The fight ended in a majority draw with two judges scoring the fight 47–47 and the third 48–47 in favor of Woodley. However, there was some confusion as the result was initially announced as a split decision victory for Woodley only to be corrected moments later when the decision of a majority draw was announced, albeit with the same result of Woodley remaining champion.[39] Subsequently, both fighters were awarded Fight of the Night bonus awards.[39] UFC President Dana White stated that he expected that a rematch would be next for each fighter.[40]

On January 19, 2019, it was announced that Thompson would be facing former UFC Lightweight champion Anthony Pettis in the headliner of UFC on ESPN+ 6 on March 23, 2019.[48]