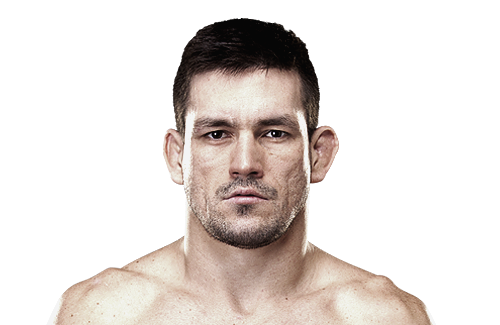 Born in São Paulo, Brazil, Maia trained in Judo as a child. He began at the age of four and trained until he was six. When he became a teenager, he also began studying Kung Fu and Karate. By age nineteen, Maia was introduced to Brazilian Jiu-Jitsu by his cousin. After four years and seven months, Demian received his black belt.[6] Demian Maia finished college and graduated with a degree in Journalism.[7] He is currently a fourth degree black belt in Brazilian Jiu-Jitsu and has won several major tournaments under Team Brasa.

He won the 77–87 kg weight division at the 2007 ADCC Submission Wrestling World Championship, defeating Yushin Okami, Rafael Lovato, and Tarsis Humphres before armbarring Flavio Almeida in the finals. He also won the 2007 Super Challenge under 83 kg belt, defeating Vitelmo Kubis Bandeira by rear naked choke and Gustavo Machado by a judges decision before going on to defeat Fabio Negao by guillotine choke in the finals. On the heels of his ADCC Championship in 2007, Maia released an instructional DVD series titled The Science of Jiu Jitsu I & II in collaboration with the World Martial Arts company.

Maia’s grappling prowess is so highly regarded among MMA fighters that noted heavyweight submission artist and fellow BJJ black belt Frank Mir hired him as his head jiu-jitsu coach prior to his UFC 100 title fight with Brock Lesnar. Mir credits Maia with bringing Mir’s jiu-jitsu skills to different levels, saying “I thought I was actually good at it until I started rolling with him.”[8]

On 21 September 2001, fought against Raul Sosa at Tormenta en el Ring in Caracas, Venezuela. Maia defeated Sosa by TKO in just 48 seconds to win his MMA debut. After a four year layoff, he returned to submit Lukasz Chewlicki by armbar at The Cage Vol. 4 – Redemption. Maia next competed at Super Challenge 1, earning three victories in one night to be crowned the 2007 Super Challenge Champion in the under-83 kg division. In 2007, he competed in GFC – Evolution against Ryan Stout. Early in the first round, Stout’s shoulder popped out of its socket after Maia reversing him into a mount, causing a stoppage due to injury.[12]

It was reported on 7 August 2007, that Maia had signed a contract with the UFC.[13] He was originally matched against veteran Marvin Eastman, but Eastman pulled out due to eye surgery.[14] Ryan Jensen, who trained with Team Quest, was named as his replacement. The preliminary bout took place on 20 October at UFC 77 in Cincinnati, Ohio. Maia won by rear naked choke in the first round and was awarded the Submission of the Night award, which paid him an extra $40,000.

Maia next fought TUF 3 finalist Ed Herman, another Team Quest fighter, at UFC 83 in Montreal, Quebec, Canada on 19 April 2008. Maia defeated Herman by technical submission due to a mounted triangle choke at 2:27 of the second round. He again earned Submission of the Night honors for the victory, which paid him $75,000.[15]

Maia’s third fight was at UFC 87 where he took on fellow Brazilian Jiu-Jitsu black belt Jason MacDonald. Both fighters entered the cage having won back-to-back Submission of the Night honors in the UFC. Maia went on to defeat MacDonald by rear naked choke at 2:44 of the third round,[16] earning $60,000 for another Submission of the Night bonus.[17] With this award he became the first UFC fighter to earn three consecutive Submissions of the Night awards.[18] His four consecutive dominating submissions in the UFC have quickly brought his skills to the forefront as possibly being the best pure grappler in the UFC.[19]

Instead, Maia would take on WEC standout and future UFC middleweight title contender Chael Sonnen in London, England at UFC 95 on 21 February 2009.[21] During the match, Maia tossed Sonnen over his head using a lateral drop takedown, taking Sonnen to the ground, where Maia immediately achieved mount. Maia then transitioned to a triangle choke, forcing Sonnen to tap at 2:24 of the first round. Maia’s next opponent was former title contender Nate Marquardt at UFC 102 on 29 August. During an exchange of strikes, Maia was knocked out by a straight right hand from Marquardt 21 seconds into the fight, resulting in his first career loss.

After Vitor Belfort had to pull out of his upcoming match with UFC Middleweight Champion Anderson Silva at UFC 112 due to a shoulder injury suffered in training, Maia was selected to fill the spot and take Silva on for the belt in what would be the UFC’s first ever open-air event in Abu Dhabi, United Arab Emirates.[23]

In the first two rounds, Silva appeared to mock his opponent, while also executing quick, precise striking. In the third round, however, Silva’s tempo seemed to change and looked to Maia to be the aggressor of the fight while he largely circled and taunted his opponent. In the fifth round, Silva’s lack of action prompted referee Dan Miragliotta to warn Silva for his conduct and the crowd began to side with Maia.[24] After 5 rounds, Silva was declared the winner via unanimous decision.

Silva was criticised for his performance, with Dana White saying that it was the most embarrassed he has ever been since becoming UFC president.[25] Midway through the fourth round, White walked away and gave the championship belt to Silva’s manager, Ed Soares, as he was so annoyed that he did not want to place the belt around Silva’s waist personally.[26] It was also claimed that Silva verbally insulted Maia during the fight.[27]

After the Title Fight

Maia was then expected to fight Alan Belcher on 15 September 2010, at UFC Fight Night 22.[28] However, on 1 August 2010, Belcher withdrew from the fight after undergoing emergency eye surgery for a detached retina. Belcher stated on his Twitter account that he started to lose the vision in his right eye while in Brazil.[29] As a result, Maia was also pulled from the event[30] and faced Mario Miranda on 28 August 2010, at UFC 118.[31] Maia defeated Mario Miranda via unanimous decision.

Maia faced Kendall Grove on 4 December 2010, at The Ultimate Fighter 12 Finale.[32] where he won by unanimous decision.

Maia was expected to face Michael Bisping on 28 January 2012, at UFC on Fox 2.[35] However, Bisping replaced an injured Mark Muñoz on the same card against Chael Sonnen, while Maia faced undefeated Chris Weidman at the event. Weidman defeated Maia via unanimous decision.[36] The fight was initially announced as a split decision but the judges actually scored it as a unanimous decision, clarified by UFC President Dana White in a tweet.[37]

After deciding to drop to the 170 pound division, Maia faced Dong Hyun Kim in a welterweight bout on 7 July 2012, at UFC 148.[38] The bout was stopped in forty-seven seconds by referee Mario Yamasaki, after Maia took Kim down and finished him with strikes from the mounted position.[39] UFC commentator Joe Rogan said that Kim had broken a rib, but it was later revealed that he suffered a major muscle spasm.[40]

Maia next faced Jon Fitch on 2 February 2013, at UFC 156.[42] He dominated the former title challenger for all three rounds, earning a lopsided unanimous decision victory with all three judges scoring the fight 30–27. Maia credited B.J. Penn and his gameplan against Fitch at UFC 127, which Maia admitted he emulated to earn his victory.[43]

Maia was expected to face Josh Koscheck on 3 August 2013, at UFC 163.[44] However, Koscheck was forced out of the bout with an injury and as a result, Maia was pulled from the card as well.[45]

For his fourth fight at welterweight, Maia faced Jake Shields on 9 October 2013, at UFC Fight Night 29.[46] As expected, the contest between the two decorated jiu-jitsu practitioners took place mostly on the ground with Maia losing a controversial split decision.

Maia faced Rory MacDonald at UFC 170 in Las Vegas, Nevada, on 22 February 2014.[47] He lost the fight via unanimous decision. Despite the loss, the bout won Maia his first Fight of the Night bonus award.[48]

Maia was expected to face Mike Pierce on 31 May 2014, at The Ultimate Fighter Brazil 3 Finale.[49] However Pierce had to pull out of the fight due to a broken hand.[50]Pierce was replaced by UFC newcomer Alexander Yakovlev.[51] Maia won the fight via unanimous decision.

Maia was expected to face Mike Pyle on 23 August 2014, at UFC Fight Night 49.[52] However he later came down with a staph infection and was forced to pull out of the bout.[53] It was later revealed that Maia’s infection had spread to the bone leading to osteomyelitis in his right clavicle.[54]

Maia faced Neil Magny on 1 August 2015, at UFC 190. He won the fight via submission with a rear-naked choke in the second round and was awarded a Performance of the Night bonus.[57][58]

Maia next faced Carlos Condit on 27 August 2016, in the main event at UFC on Fox 21. He dominated the fight after quickly getting Condit to the ground and finishing with a rear-naked choke.[64]

Maia faced Jorge Masvidal at UFC 211 on 13 May 2017. Maia was able to takedown Masvidal repeatedly and control him on the ground. He won the fight via split decision.[65]

Welterweight Title Fight and beyond

After amassing a seven-fight win streak at welterweight, Maia faced Welterweight champion Tyron Woodley on 29 July 2017, in the co-main event at UFC 214.[66] He lost the fight via unanimous decision.[67]

Maia was tabbed as an injury replacement (filling in for Santiago Ponzinibbio) and faced Kamaru Usman on 19 May 2018 at UFC Fight Night 129[70] He lost the fight via unanimous decision.[71]

Maia faced Lyman Good on 2 February 2019 at UFC Fight Night 144.[72] He won the fight via a standing rear-naked choke submission in the first round, becoming the first person to finish Good in his MMA career.[73]