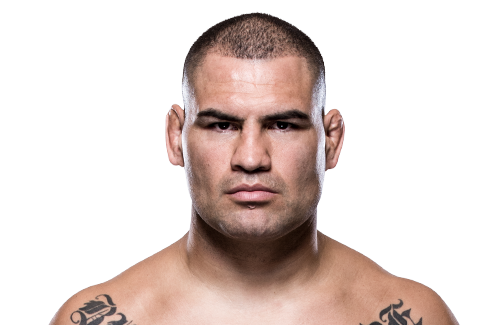 Cain Velasquez was born in Salinas, California to Efrain and Isabel Velasquez. Efrain moved to the U.S. from Sinaloa, Mexico as an undocumented immigrant,[9] where he met American-born Isabel. They started a relationship and later married, which allowed Efrain to attain U.S. citizenship.[10] The Velasquez family had three children: Efrain Jr., Adela and Cain.

Velasquez was raised in Yuma, Arizona.[11] He graduated from Kofa High School, where he compiled a record of 110–10 in four years of wrestling, including winning the 5A Arizona Wrestling Championship twice. Velasquez also played football for three years. As a senior, he served as captain of both his wrestling and football teams. As a football player, he played linebacker.[11]

After high school, he attended Iowa Central Community College, wrestling for one season (2001–02) and winning the NJCAA National Championship in the heavyweight (285 lb limit) division.[12] Afterwards, Velasquez transferred to Arizona State University. He wrestled for the Sun Devils for three seasons and compiled a record of 86–17, placing 5th in the country in 2005, and 4th in 2006. While at ASU, Velasquez also wrestled alongside future UFC fighters Ryan Bader and C.B. Dollaway.[13]

Velasquez began his mixed martial arts career right after college, joining American Kickboxing Academy. Velasquez is a brown belt in Guerrilla Jiu-Jitsu under Dave Camarillo,[14] a black belt in Brazilian Jiu-Jitsu under Leandro Viera, and an NCAA Division I Wrestler.[15]

Velasquez made his UFC debut against Brad Morris at UFC 83 and won by TKO in the first round.

In his next fight, Velasquez defeated Jake O’Brien at UFC Fight Night 14 via TKO in round one.[17]

Velasquez then faced Denis Stojnić at UFC Fight Night 17 and the fight was stopped in round two with Velasquez earning the victory by TKO. Velasquez earned Knockout of the Night honors for his performance.[18]

Velasquez’s next fight was at UFC 99 against former kickboxer and heavyweight contender Cheick Kongo. Velasquez was once again dominant, landing 251 strikes and winning the bout by unanimous decision.[19]

His next opponent was expected to be Shane Carwin[20] with the winner likely challenging for the UFC Heavyweight Championship held by Brock Lesnar. However, that bout was scrapped[21]and Velasquez was instead told he would be fighting UFC newcomer Ben Rothwell at UFC 104.[22][23] He defeated Rothwell by second-round TKO.[24]

Velasquez faced former Pride Heavyweight Champion and former Interim UFC Heavyweight Champion Antônio Rodrigo Nogueira on February 20, 2010 at UFC 110.[25] Going into the fight, some commentators predicted that Nogueira would take the victory due to a supposed lack of striking power for Velasquez.[26] They were proven wrong when Velasquez defeated Nogueira via first-round KO, earning Knockout of the Night honors.[26]

With his victory over Nogueira, Velasquez earned a UFC Heavyweight Championship fight with then-champ Brock Lesnar at UFC 121. UFC President Dana White announced via SportsNation that the UFC would be bringing back UFC Primetime to promote Lesnar vs. Velasquez.[27] Velasquez defeated Lesnar via TKO in the first round, earning Knockout of the Night honors.

Velasquez suffered a torn rotator cuff in his right shoulder during his fight with Lesnar and was expected to be sidelined for at least six to eight months.[28] Surgery on the shoulder was successful and Velasquez planned to return as early as Fall 2011.[29]

Velasquez was expected to make his first title defense against Junior dos Santos, with a target date of November 19, 2011 at UFC 139,[30] but the fight was later moved to November 12, 2011, to headline the first UFC on Fox 1 event.[31]Velasquez suffered his first loss, via KO (punches), at 1 minute and 4 seconds of the first round.[32] While not public information at the time, it was later revealed that Dos Santos already had a minor knee injury (a torn meniscus), and took an injection of cortisone into the knee before the fight, followed by information revealing that Velasquez had re-injured his rotator cuff approximately a week before the fight. Junior dos Santos would undergo knee surgery following the fight.[33]

Velasquez was originally set to fight Frank Mir on May 26, 2012, at UFC 146.[34] However, Mir was moved up to face Junior dos Santos after Alistair Overeem was suspended for elevated testosterone levels. Velasquez instead faced Antônio Silva.[35] Velasquez defeated Silva via first-round TKO, in a fight that saw Silva bleed profusely from his forehead. After the fight, Dana White strongly hinted that Velasquez would be the next fighter to challenge for the UFC Heavyweight Championship. It is widely thought that the reason White made the decision to have the rematch with Dos Santos at such an unexpected time, was because of the fact that both fighters were injured going into their first fight.[36]

A rematch was expected with Junior dos Santos on September 22, 2012 at UFC 152.[37] However, it was later announced by Dana White that the date for the rematch had been set to December 29 at UFC 155.[38] In the rematch, Velasquez defeated Dos Santos in a dominating performance[39] via unanimous decision (50–45, 50–43, and 50–44) to regain the UFC heavyweight title.[40][41] Velasquez became the first fighter in UFC history to post triple digits in significant strikes landed and double digits in takedowns landed in a single fight, landing 111 significant strikes and 11 takedowns in his second fight against Dos Santos.[42]

A rubber match with Junior dos Santos took place at UFC 166 on October 19, 2013, in Houston, Texas.[44] Velasquez defended his title for a second time again defeating dos Santos in a mostly one-sided affair ending in TKO at 3:09 of the fifth round.

On April 29, 2014, the UFC announced that Velasquez and Fabrício Werdum had been selected as coaches for the inaugural installment of The Ultimate Fighter: Latin America, with the two expected to face each other on November 15, 2014, at UFC 180.[45][46] However, on October 21, 2014, it was announced that Velasquez pulled out of the bout due to a torn meniscus and sprained MCL in his right knee, and will be replaced by Mark Hunt.[47] On October 23, 2014, Velasquez underwent successful surgery to repair his torn meniscus.[48]

A rescheduled bout with UFC Interim Heavyweight Champion Fabrício Werdum took place on June 13, 2015, at UFC 188.[49] In a back-and-forth affair, Velasquez lost the fight via guillotine choke submission in the third round.[50]

A rematch with Werdum was expected to take place on February 6, 2016 at UFC Fight Night 82 until both fighters backed out citing injuries.[51]

The rematch against Werdum was rescheduled and expected to take place on December 30, 2016 at UFC 207.[54] However the Nevada State Athletic Commission failed to approve Velasquez to fight, determining after physical examinations and interviews that he was unfit to compete due to bone spurs on his back.[55]

As the first fight of his new, four-fight contract Velasquez headlined UFC’s inaugural event on ESPN, UFC on ESPN 1 against Francis Ngannou on February 17, 2019.[56][57] He lost the fight via knockout in the first round.[58]