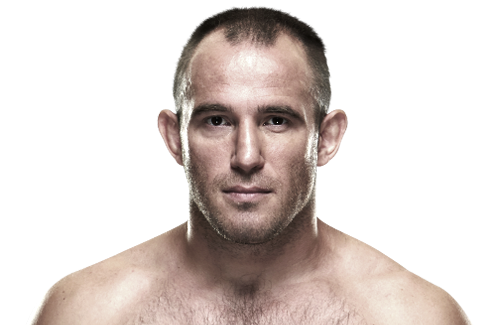 Oleynik represented Russia for the Imperial Team in the M-1 Challenge 2009 season, where he defeated Sang Soo Lee. Alexey has highly regarded submission grappling skills which he developed from his background in training in traditional Japanese jujutsu[14][15][16] and competition in Combat Sambo. He fought Robin Gracie trained Spanish BJJ black belt Rogent Lloret in a fight that ended in a draw. After his loss to Chris Tuchscherer he went 12 fights without a loss. That streak came to a halt when he lost via TKO in the first round against Michal Kita at the ProFC Heavyweight Grand Prix 2009.

In the summer of 2010, under the tutelage of K-Dojo Head Coach Murat Keshtov, Oleynik participated in the inaugural heavyweight tournament for Bellator Fighting Championships. He faced Mike Hayes in the opening round and won the match via split decision.

In his next bout he was stopped in the semi finals by Neil Grove. He lost via TKO, referee stopped the fight at 0:45 of the opening round.

In November 2013 Oleynik announced that he signed a contract with the UFC,[17] and was expected to face Jared Rosholt on January 25, 2014 at UFC on Fox 10.[18] However, Oleynik was forced out of the bout with an injury and Rosholt was pulled from the card altogether.[19]

In his debut, Oleynik faced fellow newcomer Anthony Hamilton on June 28, 2014 at UFC Fight Night: Swanson vs. Stephens.[20] He won the fight via scarf hold headlock submission early in the first round.[21]

The rescheduled bout with Jared Rosholt took place on November 22, 2014 at UFC Fight Night 57.[22] Oleynik won the fight via knockout in the first round. The win also earned Oleynik his first Performance of the Night bonus award.[23]

In an interview on September 9, 2015, Oleynik indicated that he had been sidelined by multiple knee surgeries and subsequent rehabilitation. Oleynik said he has no intention of retiring and expects a possible return sometime in the middle of 2016.[24]

Oleynik next faced Viktor Pešta on January 15, 2017 at UFC Fight Night 103.[27] He won the fight in the first round via Ezekiel choke, the first in UFC history and was awarded a Performance of the Night bonus. In unbelievable circumstances, it was executed while in Pešta’s “full mount” position, where it is very rarely seen executed without the usage of a ‘gi.[28][29]

Oleynik faced Travis Browne on July 8, 2017 at UFC 213.[30] He dropped Browne with a right hook in the first round and showed his superior grappling when he won the fight via submission, due to a rear-naked choke (with a modified grip and without a complete full back mount) in the second round.[31]

Oleynik faced Curtis Blaydes on November 4, 2017 at UFC 217.[32] The referee stopped the fight in the second round after Blaydes delivered an illegal kick to a downed opponent and called a doctor to check on Oleynik. The fight was stopped due to the doctor’s advice. The replay, however, showed the strike did not deliver significant damage (as it only grazed the ear), and the fight was ruled a TKO win for Blaydes.[33]

Oleynik faced Júnior Albini on May 12, 2018 at UFC 224.[34] He won the fight in the first round via Ezekiel choke, marking his second win via this rare choke in the UFC.[35] This win earned him the Performance of the Night award.[36]

Oleynik was briefly linked to a bout with Fabrício Werdum on September 15, 2018 at UFC Fight Night 136.[37] However on May 22, Werdum was flagged for a potential USADA doping violation and his status moving forward is unknown.[38] Oleynik instead faced Mark Hunt on the card.[39] He won the fight via rear-naked choke submission in the first round. This marked Oleynik’s 45th submission win in his MMA career.[40] This win earned him the Performance of the Night award.[41]