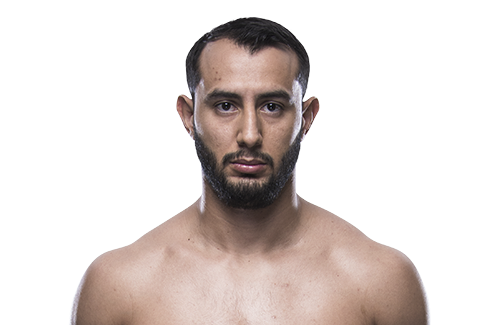 Reyes was born in Hesperia, California, California, United States.[2] Reyes has always been an athlete where he had a wrestling background and played football when he was young, and dreamt of playing in the NFL. After graduating from Hesperia High School, he moved to New York to attend Stony Brook University, where he earned his B.S. in Information Systems[7] while playing defensive back for the Seawolves, eventually becoming captain. He twice made the All-Conference team. After not being drafted, he returned home to California and channeled his energy to focus on MMA training at his brother’s gym, Combat Cage Academy,[4] and started competing in amateur MMA fights shortly after.[8][4]

He works as an IT technical support for a high school and fights professionally under the UFC banner.[4]

Before signing with the UFC, Reyes amassed an amateur record of 5-0 and was twice the U of MMA champion[9] during his amateur career.[10]

Reyes also amassed a professional record of 6-0 including a victory that went viral on the internet against Jordan Powell who seemed to be showboating before being knocked out with a kick.[11][12][13]

Reyes made his promotional debut for the UFC on June 25, 2017 against Joachim Christensen at UFC Fight Night 112.[14][15] He won the bout via technical knockout in the opening minute of the fight,[16] and he earned the Performance of the Night bonus.[17]