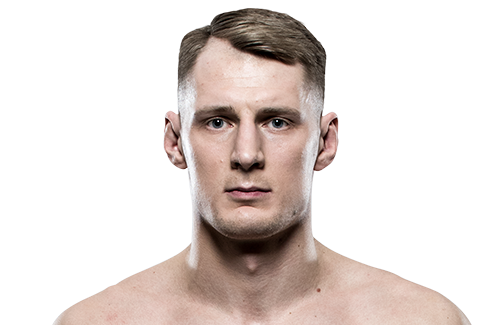 In 2008 Volkov signed with the M-1 Global. His professional MMA debut came in April 2009 when he defeated Nikolay Pleshakov by TKO (punches) in just 80 seconds.[3] Volkov followed this up a month later with another TKO victory, this time against Adam Alikhanov in just 20 seconds.[4] A further month later, Volkov suffered his first professional loss at the hands of Akhmed Sultanov. Midway through the first round, Volkov was forced to tap to an armbar. Volkov then went on a two-fight win streak, both via TKO.[4]

In December 2009, after just eight months as a professional fighter,[4] Volkov faced Ibragim Magomedov at M-1 Challenge 20 – 2009 Finals. Coming in as an underdog, his team simply wanted him to make it through all three rounds, but Volkov exceeded expectations by winning via unanimous decision.[5] Volkov was awarded an M-1 Global ring “as a reward for exceptional performance”.[5]

Within his first year of professional competition, Volkov was competing in the M-1 Eastern European tournament,[5] taking victories in the opening round and the semi-final.[4] Volkov progressed to the M-1 Selection 2010 – Eastern Europe Finals, where a win would put him in line to challenge for the M-1 Global Heavyweight title at the 2010 M-1 Challenge Season events. To reach the championship fight, Volkov first had to take on Maxim Grishin to become the Eastern Europe champion. Unfortunately for Volkov, he fell prey to a rear naked choke early in the opening round and was eliminated.[6]

Less than a month later, Volkov took his first fight outside of M-1 in nearly a year. His opponent was the debuting Eldar Yagudin, who he defeated inside the opening round by TKO (punches).[4]

On August 5, 2011, as part of League-70 Russia vs Brazil, held in Sochi, Russia, Alexander Volkov defeated the undefeated at that time Bulgarian Nedyalko Karadzhov via TKO in the opening round.

In September 2012, it was announced that Volkov would compete for Bellator Fighting Championships. He made his U.S. debut in the Bellator season seven heavyweight tournament. In the opening, quarter-final round he faced Brett Rogers at Bellator 75. Volkov dominated the fight by making the most of his reach advantage. Volkov won via unanimous decision.[7] In the semifinals at Bellator 80, he faced Vinicius Queiroz and won via TKO in the second round. On December 14, Volkov fought Richard Hale in a 5 round fight for Bellator Season 7 Heavyweight Tournament Final and Bellator Heavyweight Championship. Volkov won via unanimous decision.

In his first title defense, Volkov faced Vitaly Minakov in the co-main event at Bellator 108 on November 15, 2013. He lost the bout and his title via TKO in the first round.

Volkov faced Blagoy Ivanov in the finals on May 17, 2014, at Bellator 120. He won the fight via submission in the second round.

Nearly a year since his last fight for the promotion, Volkov faced Tony Johnson at Bellator 136 on April 10, 2015.[9] He lost the fight via split decision.

Volkov faced Cheick Kongo at Bellator 139 on June 26, 2015.[10] He lost the fight via unanimous decision marking his second consecutive loss being cut by the Bellator MMA.[11]

In September 2016, it was announced that Volkov has signed with the Ultimate Fighting Championship. He made his debut against Timothy Johnson on November 19, 2016, at UFC Fight Night 99.[12] Volkov was awarded a split decision victory.[13]

Volkov faced Stefan Struve on September 2, 2017, at UFC Fight Night: Volkov vs. Struve.[16] He won the bout via TKO in the third round.[17] The win also earned Volkov his first Fight of the Night bonus award.[18]

Volkov faced Fabrício Werdum on March 17, 2018, at UFC Fight Night 127.[19] He won the back-and-forth fight via knockout in the fourth round.[20] The win also earned Volkov his first Performance of the Night bonus award.[21]

Volkov faced Derrick Lewis on October 6, 2018, at UFC 229.[22] After being ahead on the judges’ scorecards and visibly hurting Lewis multiple times, he was knocked down and subsequently finished with follow up punches in the closing seconds of the bout.[23]