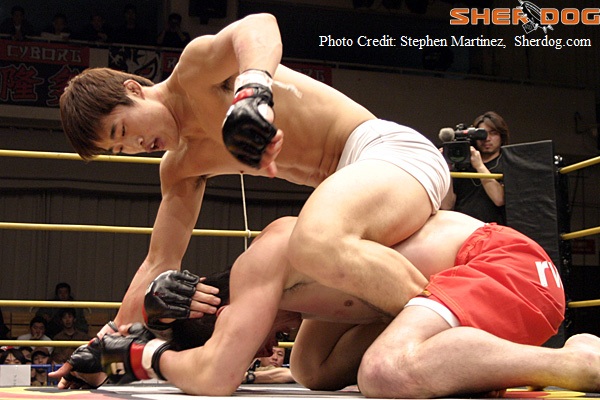 Background:
Dong Hyun Kim has become one of Asia’s top representatives in the UFC as the South Korean has built an impressive 6-1 record inside the octagon. Kim began his MMA career in 2004, primarily competing in the Deep organization. Kim built a 9-0-1 record before signing with the UFC in 2008. Kim won his UFC debut over Jason Tan before taking home a narrow decision victory over Matt Brown. Kim took a step up in competition as he faced off with fellow Judo practitioner Karo Parisyan. Parisyan won the bout via split decision, but the fight was later changed to a no-contest following Parisyan’s positive test for banned substances. With his undefeated record still intact, Kim grinded out decision victories over T.J. Grant, Amir Sadollah, and Nate Diaz to earn a marquee match-up with Carlos Condit. Kim was unable to take Condit down and eventually lost up via 1st round knockout. Kim bounced back from his first career loss by defeating Sean Pierson via unanimous decision.

2011 Breakdown:
Kim fought 3 times in 2011, going 2-1 overall.
Kim faced Nate Diaz in a battle of rising prospects. Kim had a significant strength advantage over Diaz and used it to take him down and attempt and grind out rounds. Diaz tried to stay active off his back, but could not catch Kim with any submissions. In the 3rd round, Diaz came alive scoring the most significant offense of the fight. I scored the fight a draw, but the judges all awarded Kim a narrow unanimous decision victory.
Kim moved on to face fellow rising contender Carlos Condit at UFC 132. Kim tried to take the Condit down early, but Condit was able to keep his distance, eventually catching Kim with a lethal knee that crumbled Kim to the ground. Condit pounced with punches until the referee was forced to step in and stop the fight.
Kim looked to bounce back from his first official loss by facing Sean Pierson at UFC 141. Kim was surprisingly willing to strike with Pierson for most of the fight, routinely finding success with his front kicks. Kim rocked Pierson in the 2nd round and then employed a conservative game plan to get back on the winning track, picking up a unanimous decision victory.

2012 Forecast:
Dong Hyun Kim has proven to be a viable mid-level contender in the UFC welterweight division. His legitimacy amongst the elite though is still in question following his loss to Condit. Kim will likely test his skills against another high-level contender heading into 2012. With his chin now a possible liability, he will have to show significantly improvement in his striking defense in order to make a run in the division. Kim can sometimes be a bit lackadaisical once he scores a takedown, and has to start showing better finishing ability as he did earlier in his career.