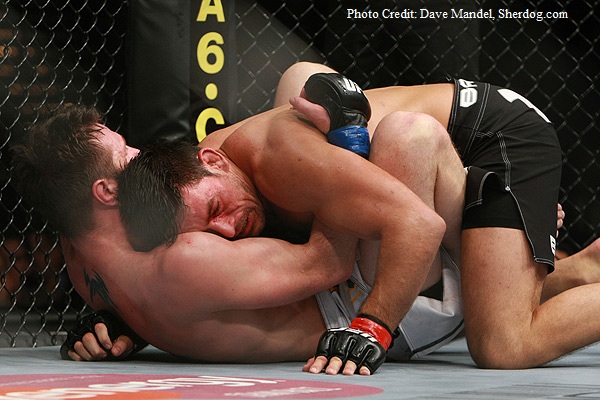 Background:
Demian Maia is a former middleweight title challenger and one of the most respected BJJ artists to ever compete in the UFC. Maia’s BJJ accomplishments are highlighted by a gold-medal appearance at the 2007 ADCC championships. Maia made his initial debut in mixed martial arts in 2001, winning his first career fight before taking a 4-year hiatus to continue competing in grappling tournaments. Maia returned in 2005 where he immediately found success, winning his first 6 fights, including victories over Brazilian veterans Gustavo Machado and Fabio Nascimento. Maia signed with the UFC in 2007 and made his presence immediately known by submitting his first 5 opponents. Maia racked up 4 Submission of the Night honors, impressively defeating seasoned veterans Ryan Jensen, Ed Herman, Jason MacDonald, Nate Quarry, and Chael Sonnen. Maia was likely on the brink of a title shot as he faced off against fellow top contender Nate Marquardt at UFC 102. Maia suffered his first career loss as he was knocked out in the opening seconds of the fight. Maia bounced back with a decision win over Dan Miller and was then surprisingly promoted into a title fight against reigning UFC middleweight champion Anderson Silva at UFC 112. Maia put up a brave fight, but he was ultimately unable to wrestle Silva down to the floor, eventually losing via unanimous decision. Maia grinded out decision victories over Mario Miranda and Kendall Grove before losing a close decision to Mark Munoz. Maia bounced back with a decision victory over Jorge Santiago to close out the year. It was Maia’s 6th straight fight that ended via decision a far cry from his earlier submission finishes.

2011 Breakdown:
Maia fought twice in 2011, going 1-1 overall.
Maia faced off against rising contender Mark Munoz at UFC 131. Maia started out the fight strong, surprisingly rocking Munoz with a short left hand. Maia was unable to find the same striking success for the reminder of the bout though as Munoz kept his composure and controlled the pace with his wrestling and press-forward style. Maia had Munoz in a few dangerous positions on the floor, but he seemed more than willing to keep the fight standing. Munoz ended up winning a very close unanimous decision.
Maia looked to rebound against Jorge Santiago at UFC 136. Maia went back to his ground game as he continually kept Santiago’s striking game stifled. Maia was unable to score any submissions or significant offense as he seemed unwilling to risk another loss on his record.

2012 Forecast:
Maia has continued to develop his striking game over the last few years, though he still lacks the basic fluidity to make him a threat standing. What is concerning as of late though is that Maia seems solely interested in testing his striking development in the cage against high-level opposition. Maia’s striking should strictly be used to setup his takedowns, yet Maia is making the grave mistake of thinking he can continually compete against the elites of the division with this new style of fighting. Everyone knows Maia’s ground skills are world class and it seems as if his opponents are coming in well-prepared in recognizing Maia’s tendencies. That still can’t hide the fact that Maia’s tenacity for seeking submissions has dissipated since his amazing 5-fight submission streak to start off his UFC career. Maia needs to go back to his roots and possibly seek to explore other fight gyms as his move to Wanderlei Silva’s fight gym has been met with mixed results. Maia may also consider moving down to welterweight, especially considering the fact that he has already fought and lost to Anderson Silva. Maia has always seemed undersized and he could be a true force at 170 lbs.