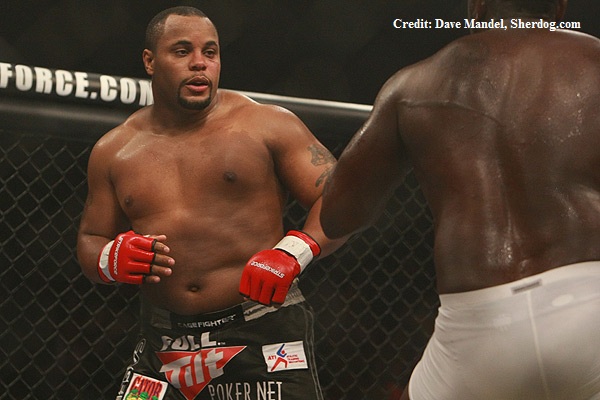 Daniel Cormier | “DC”
Ht: 5’11 – Wt: 250 – Age: 32
Born: Louisiana, USA
Fights out of: San Jose, CA, USA
Team: American Kickboxing Academy
Overall Record: 10-0
Promotion: Strikeforce
Daniel Cormier went from olympic-level wrestler to top MMA prospect overnight. Cormier has been on quite a terror since signing with Strikeforce in 2010. His striking has rapidly improved to match his wrestling and outside of his lack of height and reach, he seems to possess the skills necessary towards making him a future champion.

Cormier will be on his way to the UFC where he would be the likely #1 heavyweight contender. Cormier’s possible move to the light heavyweight division may be blocked due to his past weight cutting issues during his collegiate wrestling career. Regardless, the sky seems to be the limit for Cormier as we may be looking at a future UFC champion.