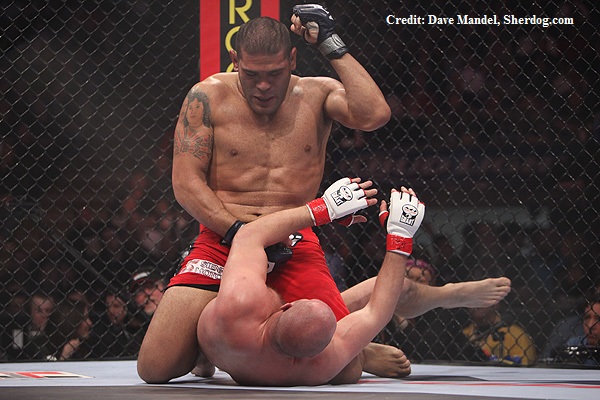 2012 Forecast:
Antonio Silva is likely headed over to the UFC heavyweight division in 2012, but there has been no definitive announcement thus far. Silva is coming off a brutal knockout loss to Daniel Cormier, but his previous performances should easily merit a spot on the UFC roster. Prior to his loss against Cormier, Silva was basking in his career-defining victory over Fedor Emelianenko. Silva was looking to be one of the odds-on favorites to win the tourney, but he may have underestimated Cormier’s skill level.

Silva is a huge heavyweight and though he moves fairly well for a big man, he is still a little stiff especially when it comes to his striking defense. He has made huge strides in that department in recent years, but it is still his obvious weakness. Silva will likely find a home as a fringe contender in the UFC as he is fully capable of beating mid-level opposition, though his chances of breaking into the Top 5 and contending for a title are still questionable at best.

Silva needs to be the aggressor in his fights, otherwise he has struggled when having to rely on his movement. Most of his losses have come against opponents that can defend the takedown, which forces Silva to rely on his striking that as mentioned still needs some work. The UFC heavyweight division needs new contenders and the opportunity will be there for Bigfoot to make a splash.