Notice: Function WP_Scripts::localize was called incorrectly. The $l10n parameter must be an array. To pass arbitrary data to scripts, use the wp_add_inline_script() function instead. Please see Debugging in WordPress for more information. (This message was added in version 5.7.0.) in /var/www/wp-includes/functions.php on line 5835
 Chan Sung Jung - Ranking MMA 
Notice: A non well formed numeric value encountered in /var/www/wp-content/themes/mma-sport-magazine/inc/live-style.php on line 40 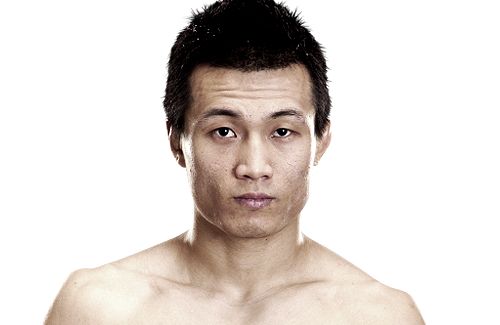 Born in Pohang, South Korea in 1987, Jung moved to Namyangju, a satellite city of Seoul when he was in his mid-teens. Due to his slight stature and his rural origins, he was bullied constantly by his classmates and got into many fights as a result. When his aunt could no longer stand to see Jung’s predicament, she took him to a nearby Hapkido gym when he was around 14 years old. Jung trained in kickboxing until his junior year of high school. He graduated from Daegu Gyeongbuk Institute of Science and Technology. Later he also began training in judo and Brazilian jiu jitsu.

At the age of 18, Jung joined South Korean Navy and started training Taekwondo.[3] In June 2007, he won a Sambo tournament arranged by the Korean Sambo Association, and in December of the same year, he won the Lightweight division of the Pancrase Korea Neo-Blood Tournament after defeating fellow South Koreans Yoo In Seok and Lee Hyung Geol.[3][4] At age of 20, Jung began mixed martial arts and made his professional debut soon after. In May 2008, he participated in and won KOREA-FC’s 8-man MMA tournament in the 65 kg division.[3] Jung was also a participant in a show called Street Fighter in 2007 which aired on South Korean cable television. He participated in the 70 kg tournament and won. The tournament was stand-up only (similar to K-1 but not in a ring).

Jung made his professional debut in June 2007 and in December the same year he won a Lightweight Tournament arranged by Pancrase Korea. In 2008 he won both his fights for Japanese promotion DEEP. He then entered the 2009 Sengoku Featherweight Grand Prix where he won his first-round fight but was eliminated from the tournament by the eventual winner Masanori Kanehara.

On August 16, 2008, he defeated Michihiro Omigawa at DEEP: Gladiator via unanimous decision. His next fight was against Fanjin Son at DEEP: 39 Impact where he won via knockout in 17 seconds.[4]

Jung then entered the 2009 Sengoku Featherweight Grand-Prix and was matched up with Shintaro Ishiwatari in his first-round fight at Sengoku 7.[5] After dropping Ishiwatari once in stand-up striking, Jung hit Ishiwatari with a right hand forcing him to give up his back. From there Jung sunk in a rear-naked choke submission forcing Ishiwatari to submit at 4:29 of the first round.[6]

In his second-round fight at Sengoku 8 on May 2, 2009, he lost via unanimous decision to Masanori Kanehara officially eliminating him from the tournament.[7] The decision was considered questionable by the English commentators and many fans (especially given Sengoku’s history of biased decisions against Korean fighters), who felt that Jung had done enough to deserve the decision. On June 7, 2009, it was announced Jung would face American Matt Jaggers at Sengoku 9 in a reserve bout for the tournament with the winner stepping in as a replacement should some of the remaining fighters be unable to continue.[8] Jung ended up winning the fight by triangle choke submission at 1:25 of the second round, but was not required to step in as a replacement.[9]

Chan Sung Jung then signed with World Extreme Cagefighting.[10] He made his American and WEC debut against Leonard Garcia (who replaced injured opponent Cub Swanson) on April 24, 2010 at WEC 48[11] losing by an extremely controversial split decision. Many MMA publications and fans (including many in the Sacramento home crowd) opposed the decision, which has led again to questions about the accuracy of the fight judging.[12][13] However, the bout was awarded the Fight of the Night honors, this was later declared the Fight of the Year by the Wrestling Observer Newsletter.

A rematch with Garcia was scheduled for March 26, 2011, at UFC Fight Night 24, after Jung stepped in to replace an injured Nam Phan.[18] Jung was able to avenge the original loss after submitting Garcia with a twister in the final second of the second round. This was the first time in the history of the UFC that a twister submission ended a bout and the win earned Jung his first Submission of the Night honors. This was later awarded for the Submission of the Year by the World MMA Awards.[19] In his post-fight interview, Jung stated he learned the move by watching Eddie Bravo videos on YouTube.[19]

Jung faced former title challenger Mark Hominick on December 10, 2011, at UFC 140. Jung won the bout via KO at seven seconds of the first round, which tied a UFC record for fastest knockout.[20] Jung’s victory over Mark Hominick earned him Knockout of the Night honors. The victory also earned Jung much praise in his native South Korea, appearing on news broadcasts on the country’s major national television channels (such as KBS).

Jung was expected to face Ricardo Lamas on July 6, 2013, at UFC 162.[23] However, on June 14, it was announced that Jung had been pulled from the Lamas bout and would replace an injured Anthony Pettis to face José Aldo for the Featherweight Championship on August 3, 2013, at UFC 163.[24] Aldo defeated Jung via fourth-round TKO, finishing Jung with a flurry of strikes after Jung suffered a dislocated shoulder while throwing an overhand right.[25]

Jung was expected to face Akira Corassani on October 4, 2014, at UFC Fight Night 53.[26] However, Jung pulled out of the bout citing another injury[27] and was replaced by Max Holloway.[28]

Jung announced in mid-October 2014 his intention to begin his stint for mandatory military service in his home country of South Korea. While Jung did not comment about the future upon his completion, his manager indicated that he would return to mixed martial arts at the end of the two years.[29]

Jung faced Dennis Bermudez on February 4, 2017, at UFC Fight Night 104.[31] He won the fight by knockout in the first round.[32] The win also won Jung his first Performance of the Night bonus award.[33]

Jung was expected to face Frankie Edgar on November 10, 2018 at UFC Fight Night 139.[37] However, it was reported on October 26, 2018 that Edgar was pulled from the bout due to injury and he was replaced by Yair Rodríguez.[38] He lost the fight via knockout in the final seconds of the fifth round.[39] Both participants received Fight of the Night honors.[40]