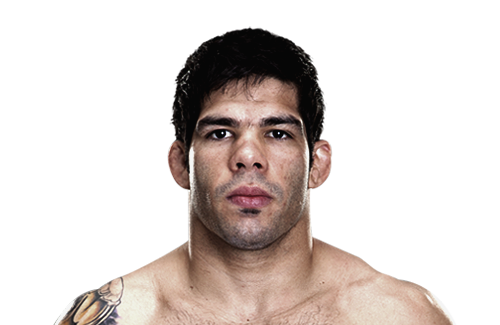 Originally from Recife in Northeast Brazil, he now lives and trains in Atlanta with Ascension MMA under Manu N’toh.[2] He is also the brother of Júnior Assunção and Freddy Assunção who also fight as mixed martial artists.[2] Raphael has a daughter.

On October 28, 2010, World Extreme Cagefighting merged with the Ultimate Fighting Championship. As part of the merger, all WEC fighters were transferred to the UFC.[16]

Assunção was expected to face Manvel Gamburyan on March 19, 2011 at UFC 128,[17] but Gamburyan was forced out of the bout with a back injury[18] and replaced by Erik Koch.[19] He lost the fight via KO in the first round.

Assunção next faced UFC newcomer Johnny Eduardo on August 27, 2011 at UFC 134.[20] He won the fight via unanimous decision and was out up to 6 months with a possible nasal fracture.[21]

Assunção faced Mike Easton on December 8, 2012 at UFC on Fox 5, replacing an injured Bryan Caraway.[24] He won the fight via unanimous decision despite suffering a broken arm during the first round.[25]

Assunção was expected to face T.J. Dillashaw on September 4, 2013 at UFC Fight Night 28.[28] However, the pairing was delayed and was rescheduled for a future event due to a minor medical issue for Assunção.[29] The bout with Dillashaw was rescheduled and took place on October 9, 2013, at UFC Fight Night 29.[30] Assunção defeated Dillashaw via split decision.[31] The back and forth action earned both the participants Fight of the Night honors.[32]

Assunção was expected to face Francisco Rivera at UFC 170.[33] However, Rivera was forced from the bout due to a hand injury.[34] Assunção instead faced touted UFC newcomer Pedro Munhoz.[35] He won the fight via unanimous decision.[36]

Assunção was briefly linked to a Bantamweight Championship bout against Renan Barão on May 24, 2014 at UFC 173. However, Assunção opted to decline the bout as a rib injury sustained in his last bout at UFC 170 had not healed enough to resume the proper training in advance of the event.[37] Barão instead faced, and was ultimately defeated by T.J. Dillashaw.[38]

Assunção faced Bryan Caraway on October 4, 2014 at UFC Fight Night: MacDonald vs. Saffiedine.[39] He doubled the numbers of strikes Caraway threw and caught him with knees to win a unanimous decision victory.[40]

On December 22, 2014, Assunção announced that he had suffered a broken ankle during training that would not require surgery, but is expected to be sidelined for up to 10 weeks.[41]

A rematch with perennial contender Urijah Faber was expected to headline UFC Fight Night 62 on March 21, 2015.[42] However, Assunção was forced out of the bout as an ankle first injured in mid-December 2014 was slow to heal and that he was unable to resume the proper training to prepare for the fight in that time frame.[43][44] Subsequently, in August 2015, Assunção’s management team announced that he would undergo surgery on the ankle and hoped to return by the end of the year.[45]

Assunção was expected to face Aljamain Sterling on December 9, 2016 at UFC Fight Night 102.[48] However, Sterling pulled out of the fight on November 23 citing injury.[49] Assunção was subsequently removed from the card.[50] The bout with Sterling was rescheduled and took place on January 28, 2017 at UFC on Fox 23.[51] Assunção won the fight via split decision.[52]

Assunção faced Matthew Lopez on November 11, 2017 at UFC Fight Night: Poirier vs. Pettis.[55] At the weigh-ins, Lopez missed weight, weighing in at 138.5 lbs., three and a half pounds over the Bantamweight limit. As a result, he forfeited 20% of his purse to Assunção and the bout proceeded as Catchweight.[56] He won the fight via knock out in the third round.[57] This win also earned him a Performance of the Night bonus award.[58]

Assunção faced Marlon Moraes in a rematch on February 2, 2019 in the main event at UFC Fight Night 144. Assuncao won the first fight by split decision at UFC 212 on June 3, 2017.[61] Before accepting the rematch, Assunção negotiated a new contract with the UFC.[62] Assunção lost the rematch in the first round after being dropped by two punches and then submitted via a guillotine choke.[63][64]