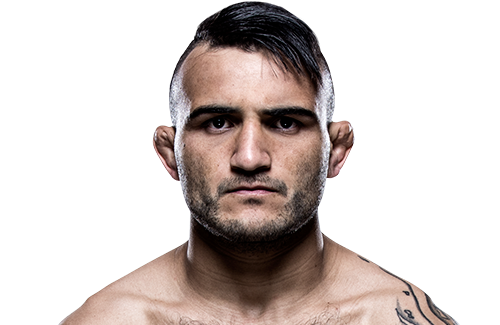 Lineker made his professional MMA debut in September 2008. Originally he fought in the lightweight and featherweight divisions, outside of his natural weight class. He competed 11 times in the first 15 months of his career, resulting in a lackluster record of 6 wins and 5 losses.

Beginning in 2010, Lineker moved down in weight classes to the bantamweight and flyweight divisions. After that move, he was undefeated in the 13 bouts prior to his UFC debut.

In December 2011, it was announced that Lineker had signed with the Ultimate Fighting Championship to compete in their new flyweight division.[6]

Lineker made his UFC debut against Louis Gaudinot at UFC on Fox: Diaz vs. Miller on May 5, 2012.[7] The bout was contested at a catchweight of 127 lb, as Lineker missed weight. Gaudinot defeated Lineker via technical submission (guillotine choke) in the 2nd round after an action-packed, back-and-forth first two rounds. Both participants earned Fight of the Night honors for their performances.

Lineker was expected to face Yasuhiro Urushitani on September 1, 2012 at UFC 151.[8] However, after UFC 151 was cancelled, Lineker/Urushitani was rescheduled and took place on November 10, 2012 at UFC on Fuel TV 6.[9] In a competitive three rounds, Lineker’s power was the difference in the fight as he edged Urushitani via unanimous decision.

Lineker was expected to face Phil Harris on August 3, 2013 at UFC 163.[11] However, Harris was forced out of the bout and Lineker instead faced promotional newcomer José Maria.[12] Lineker missed the 126 pound weight allowance for a Flyweight fight, weighing in at 129 pounds. As a result, he surrendered 20 percent of his purse to his opponent and the bout was changed to a 129-pound catchweight affair.[13] After a back-and-forth first round, Lineker won the fight via TKO in the second round.

Following that victory, Lineker was once again scheduled to face off against Phil Harris on October 26, 2013 at UFC Fight Night 30, and he won the fight by TKO.[14] Lineker missed weight for the third time in his UFC career, causing his camp to re-assess his weight class.

Lineker faced Ali Bagautinov on February 1, 2014 at UFC 169. Lineker again missed weight on his first attempt. He was allowed one hour to make the weight and succeeded after 45 minutes.[15] He lost the fight via unanimous decision.

Lineker faced Alptekin Özkiliç on July 16, 2014 at UFC Fight Night 45.[16] He won the fight via KO due to punches in the third round. The win also garnered Lineker his second Fight of the Night bonus award.[17]

Lineker was expected to face Ian McCall on November 8, 2014 at UFC Fight Night 56 as the co-main event.[18] However, just hours after both fighters had successfully made weight, it was announced that Mccall had been pulled from the event due to a blood infection. The bout was scrapped from the event entirely.[19][20]

The bout with McCall eventually took place on January 31, 2015 at UFC 183.[21] At the weigh in, Lineker again failed to make the flyweight weight limit. He was over by four pounds and was subsequently fined 30% of this purse.[22] Because of the repeated failed weigh ins, he was forced to move up to the Bantamweight division (135lb).[23] He won the bout by unanimous decision.

Making his Bantamweight return, Lineker faced Francisco Rivera in a bantamweight bout on September 5, 2015 at UFC 191.[24] He won the fight via submission in the first round. The wild slugfest earned both participants, Fight of the Night honors.[25][26]

Lineker was expected to face Cody Garbrandt on February 21, 2016 at UFC Fight Night 83.[27] However, Lineker pulled out of the fight during the week leading up to the event citing illness and was replaced by Augusto Mendes.[28][29]

Lineker next faced Michael McDonald on July 13, 2016 at UFC Fight Night 91.[32] He won the fight via knockout in the first round and was awarded a Performance of the Night bonus.[33][34]

Lineker faced John Dodson on October 1, 2016 at UFC Fight Night 96.[35] The bout took place at a catchweight of 136.5 lbs as Lineker missed weight. He won the back and forth fight via split decision.[36]

Lineker was scheduled to face Jimmie Rivera on December 30, 2017 at UFC 219, replacing the injured Dominick Cruz.[41] On December 24, it was reported that Lineker was forced to pull from the fight due to tooth infection. [42] Subsequently the fight was cancelled.[43]