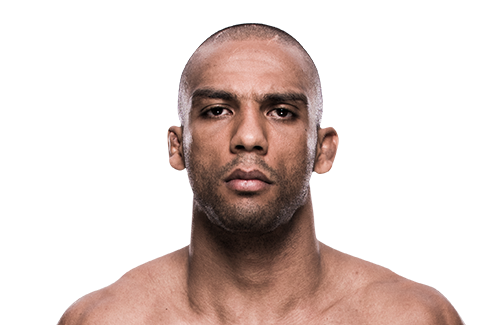 Barboza comes from Nova Friburgo, Rio de Janeiro.[6] He was born prematurely at 28 weeks, and was given a 50/50 chance of surviving past infancy.[11][12] At the age of 8, he began practicing and competing in Muay Thai.[6] His professional Muay Thai record is 25-3 with 22 victories by knockout and 17 first round finishes.[1] Barboza moved to the United States in January 2009 and joined “The Armory” [1] in Jupiter, Florida.[1]

Barboza’s professional MMA career began in April 2009 in Tampa, Florida, where he defeated Aaron Steadman via TKO in the first round. Barboza then defeated Lee King in the Renaissance MMA promotion, claiming the lightweight title via second-round KO. He defended the belt against King later that year, winning via submission in the first round.

Barboza went on to join New Jersey-based promotion Ring of Combat, making his promotional debut at Ring of Combat 28 against Nabih Barakat. He won the fight via KO just over a minute into the first round.

After a second successful title defense in Renaissance MMA, Barboza challenged for the Ring of Combat lightweight belt against Marcelo Guidici. He won the fight via TKO due to leg kicks in the first round.[13]

Barboza’s first title defense was originally scheduled for Ring of Combat 31, against Mikhail Malyutin,[14] but, due to his signing with the UFC, he was replaced by Luiz Azeredo.[15]

Barboza was expected to make his UFC debut against Darren Elkins on November 20, 2010 at UFC 123.[16] However, Elkins was forced from the card with an injury and replaced by newcomer Mike Lullo.[17] Shortly into the third round, Barboza defeated Lullo by TKO due to leg kicks (for the first time in UFC history).

Barboza faced Anthony Njokuani on March 19, 2011 at UFC 128,[18] winning by unanimous decision. Both fighters earned Fight of the Night honors.[19]

Barboza next faced Terry Etim on January 14, 2012, at UFC 142. He defeated Etim by KO in the third round, becoming the first fighter in UFC history to finish an opponent via wheel kick.[22] The win earned Barboza his first Knockout of the Night and ‘Fight of the Night bonus awards[23]

Barboza was expected to face Evan Dunham on May 26, 2012 at UFC 146,[24] but Dunham dropped out of the bout due to injury and was replaced by returning veteran Jamie Varner.[25] Barboza suffered his first professional MMA loss via Knockout in the first round.

Barboza was expected to face Justin Salas on January 19, 2013 at UFC on FX 7.[26] However, Salas was forced out of the bout with an injury and replaced by promotional newcomer Lucas Martins.[27] Barboza defeated Martins via TKO (retirement) at 2:38 of the first round.

Barboza was scheduled to face John Makdessi on July 6, 2013 at UFC 162, but an injury forced Makdessi off the card and he was subsequently replaced by Rafaello Oliveira.[28] Barboza won the fight by TKO due to leg kicks in the second round.

Barboza faced Danny Castillo on December 14, 2013 at UFC on Fox 9.[29] After a dominant first round put in by Castillo, where he nearly finished Barboza via strikes and then with a submission attempt, Barboza rallied back to win the second and third rounds, and was awarded a majority decision.[30] Subsequently, both fighters earned Fight of the Night honors.[31]

Barboza faced Donald Cerrone on April 19, 2014 at UFC on Fox 11.[32] Despite finding early success with his striking, Barboza was knocked down by a jab and lost via submission at 3:15 of the first round.[33]

Barboza faced Evan Dunham on July 16, 2014 at UFC Fight Night 45.[34] He won the fight via TKO in the first round after hurting Dunham with a body kick and landing subsequent punches to the head.[35]

Barboza was expected to face Myles Jury on July 25, 2015 at UFC on Fox 16, replacing an injured Anthony Pettis.[40] However, Jury himself had to pull out due to injury and was subsequently replaced by undefeated Paul Felder.[41] Barboza won the fight via unanimous decision. He also earned his fifth Fight of the Night bonus award.[42][43] UFC President Dana White gave Barboza and Felder high praise afterwards, calling the fight “incredible.”[44]

Barboza faced Tony Ferguson on December 11, 2015 at The Ultimate Fighter 22 Finale, replacing an injured Khabib Nurmagomedov.[45] After a back-and-forth first round that saw Ferguson docked one point due to an illegal upkick, Barboza lost the fight via submission in the second round.[46] Subsequently, both fighters earned Fight of the Nighthonors.[47]

After the loss against Ferguson, Barboza decided to move to New Jersey to train at Mark Henry’s and Ricardo Almeida’s MMA team.[48] Barboza faced Anthony Pettis on April 23, 2016 at UFC 197.[49] He won the fight via unanimous decision.[50]

Barboza faced Beneil Dariush on March 11, 2017 at UFC Fight Night 106.[53] He won the fight via knockout due to a flying knee in the second round.[54] Subsequently, he earned his first Performance of the Night bonus award.[55]

Barboza faced Kevin Lee on April 21, 2018 at UFC Fight Night 128.[58] At the weigh-ins, Lee weighed in at 157 pounds, one pound over the lightweight non-title fight upper limit of 156 pounds. Subsequently, the bout proceeded at catchweight, and Lee forfeited 20% of his purse to Barboza.[59] Barboza lost the fight via doctor stoppage at 2:18 of the fifth round.[60]