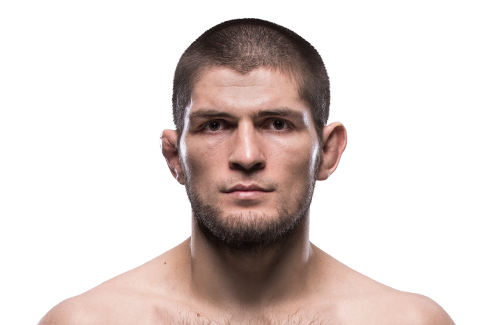 Khabib Nurmagomedov was born on 20 September 1988, in the village of Sildi in Tsumadinsky District of the Dagestan ASSR, an autonomous republic within the Russian SFSR, Soviet Union,[11][11][12][13] before moving to Makhachkala, the capital of Dagestan, in his childhood. Then briefly in his older years he moved to Kiev, Ukraine, where he trained at Combat Dobro.[citation needed] He is the second of three children, including an older brother Magomed and younger sister Amina.[14] His father’s family had moved from Sildi, Tsumadinsky District, to Kirovaul, where his father converted the ground floor of their two-storey building into a gym. Nurmagomedov grew up in the household with his siblings and cousins.[14] His interest in martial arts began when watching students training at the gym.[15][16]

As is common with many children in Dagestan, he began wrestling from an early age: he started at the age of eight under the tutelage of his father Abdulmanap Nurmagomedov.[17] A decorated athlete and a veteran of the Army, his father had also wrestled from an early age, before undergoing training in judo and sambo in the military.[18] Khabib’s training as a child included wrestling a bear when he was nine years old, in 1997.[19][20]

In 2001, his family moved to Machachkala,[21] where he trained in wrestling at age 12, and judo from age 15. He began training in combat sambo again at 17 under his father.[22] According to Nurmagomedov, the transition from wrestling to judo was difficult, but his father wanted him to get used to competing in a gi jacket.[11] Abdulmanap is currently a senior coach for the combat sambo national team in the Republic of Dagestan, training several athletes in sambo and wrestling in Makhachkala, Russia.[18] Nurmagomedov would frequently get into street fights in his youth, before focusing his attention on mixed martial arts.[23]

Khabib Nurmagomedov made his professional MMA debut in September 2008 and compiled four wins in under a month. On 11 October, Nurmagomedov became the inaugural Atrium Cup tournament champion, having defeated his three opponents at the Moscow event. Over the next three years he would go undefeated, finishing 11 out of 12 opponents. These included a first round armbar finish of future Bellator title challenger Shahbulat Shamhalaev, which marked his M-1 Global debut. In 2011, he would go on to compete for the ProFC promotion. That year alone he competed in seven fights, all of which he won by TKO or submission. A perfect 16-0 record in the regional circuits of Russia and Ukraine was enough to get a call up from the UFC.[24][25]

In late 2011, Nurmagomedov signed a six-fight deal to compete in the UFC’s lightweight division.[26]

In his UFC debut, on 20 January 2012, at UFC on FX 1, Nurmagomedov defeated Kamal Shalorus via submission in the third round.[27]

Nurmagomedov next defeated Gleison Tibau on 7 July 2012, at UFC 148 via unanimous decision.[28]

Nurmagomedov next fight was against Thiago Tavares on 19 January 2013, at UFC on FX 7.[29] He won via KO in the first round.

Nurmagomedov defeated Abel Trujillo on 25 May 2013, at UFC 160 via unanimous decision. At the weigh-ins, Nurmagomedov came in over the permitted limit, weighing in at 158.5 lb. He was given two hours to cut to the lightweight maximum of 156 pounds, but elected instead to surrender a percentage of his fight purse to Trujillo and the bout was contested at a catchweight.[30] In the course of the fight, Nurmagomedov set a new UFC record for the most takedowns in a single fight with 21 successful takedowns out of 27 attempts.[31]

In his fifth UFC fight, on 21 September 2013, at UFC 165, Nurmagomedov faced Pat Healy.[32] He won the fight via unanimous decision. Attending his first post-event press conference, UFC president Dana White praised the relative newcomer stating, “That slam, when he just scoops him up and slams him, Matt Hughes style. That reminded me of the old Matt Hughes where he would run a guy across the Octagon and slam him. The kid is exciting. We’re probably going to do big things with this kid.”[33]

In December, Nurmagomedov challenged Gilbert Melendez on social media, with the two then expected to face off at UFC 170 on 22 February 2014.[34] However, the bout was cancelled for undisclosed reasons,[35] with Melendez then replaced by Nate Diaz. However, the match-up was again cancelled as Diaz turned the bout down.[36] Nurmagomedov expressed his disappointment, appearing on The MMA Hour, “If they say that they’re willing to fight the best, they should fight the best. If they want, I’ll take them both at once in the cage.”[37]

Nurmagomedov was expected to face Tony Ferguson on 11 December 2015, at The Ultimate Fighter 22 Finale.[44] However, Nurmagomedov pulled out of the fight in late October, citing another injury, and was replaced by Edson Barboza.[45]

The bout with Ferguson was rescheduled to take place on 16 April 2016, at UFC on Fox 19.[46] However, on 5 April, Ferguson pulled out of the bout due to a lung issue.[47] Ferguson was replaced by promotional newcomer Darrell Horcher at a catchweight of 160 lb.[48] Nurmagomedov won the one-sided fight by TKO in the second round.[49]

In September, Nurmagomedov signed two contracts for a title shot against the reigning UFC Lightweight Champion, Eddie Alvarez, on either the UFC 205 or the UFC 206 fight card, with Dana White confirming the bout between the two for UFC 205.[50][51] However, on 26 September, the UFC announced that Alvarez would instead be defending the title against Conor McGregor.[52] Nurmagomedov voiced his displeasure on social media, calling Alvarez a “bullshit champ” for refusing the fight and opting for a bout with McGregor instead,[53] accusing the UFC of being a “freak show”.[54]

In lieu of a title shot, Nurmagomedov next faced Michael Johnson on 12 November 2016, at UFC 205.[55] After being rocked in the first round, Nurmagomedov regained his composure and dominated the remainder of the fight, winning via submission in the third round.[56]

The bout with Ferguson was scheduled for a third time at UFC 209 on 4 March 2017, for the interim Lightweight Championship.[57] Nurmagomedov, however, fell ill because of a botched weight cut, and the bout was cancelled as a result.[58][59]

Nurmagomedov faced Edson Barboza on 30 December 2017, at UFC 219.[60] Nurmagomedov dominated all three rounds of the fight, taking Barboza down repeatedly and dominating the fight with ground and pound. He won the fight by unanimous decision.[61] This win also earned him his first Performance of the Night bonus.[62]

A bout with Ferguson had been scheduled for the fourth time and was expected to take place on 7 April 2018, at UFC 223.[63] However, on 1 April 2018, it was reported that Ferguson injured his knee and was to be replaced by Max Holloway.[64][65] On 6 April, Holloway was pulled from the fight after the New York State Athletic Commission (NYSAC) declared him unfit to compete due to extreme weight cutting, and replaced by Al Iaquinta. Only Nurmagomedov was eligible to win the championship, as Iaquinta weighed in 0.2 pounds over the championship weight limit.[66] Nurmagomedov dominated the fight, controlling Iaquinta from start to finish, and won via unanimous decision to become the UFC Lightweight Champion.[67]

On Friday, 3 August 2018, it was announced that Nurmagomedov would make his first defense of the UFC lightweight title against Conor McGregor at UFC 229 on 6 October in Las Vegas.[68] At the event, Nurmagomedov defeated McGregor in the fourth round via submission in a largely dominant performance.[69]